Celtic Quick News on News Now
You are at:Home»Latest News»EURO DREAM COME TRUE FOR IMPS BOSS
By CQN Magazine on 7th July 2016 Latest News
LINCOLN RED IMPS assistant manager Mick McElwee has revealed he is a diehard Celtic fan.
He admitted he is having to pinch himself after the Gibraltan side won through to a Champions League qualifying clash against the Hoops. 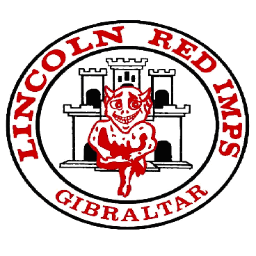 Lincoln overturned a 2-1 first leg defeat to Estonian outfit Flora Tallin with a 2-0 win last night.
McElwee, who has lived in the British Overseas Territory for over 30 years, admitted taking on his boyhood favourites is a dream come true.

Brendan Rodgers’ side visit the Victoria stadium on Tuesday before Lincoln travel to Parkhead a week on Wednesday.

McElwee said: “I’m a life-long Celtic supporter, so it’s quite hard to put into words what this means.

“To be going toe-to-toe with team like Celtic is just fantastic. To get to the second round in front of our own fans is great and we’re looking forward to it.

“I’ve been to Celtic Park now and then, I saw a few matches the last time Rangers (sic) were in the top-flight. I remember the roof nearly coming off in an Old Firm game when Joe Ledley scored.

“It may not be quite as full, but it’s a wonderful place and Celtic Park is magical.”

McElwee, who masterminded 10 domestic titles as Lincoln manager before accepting the No.2 role, added: “It’s a big step up. I don’t know how we’re going to make that step, but we’ve got six days to prepare and we’ll give it our best shot.”

Looking back at last night’s second leg triumph, he said: “We came out and played very close to our best against Flora.“I thought we were superior in every department to the Estonian team, when we pressed them we were successful.

“They threw long balls into the box, but I don’t think they created many clear-cut chances.”

—————————
ONCE UPON A TIME IN THE KINGDOM OF GOVANIA is the new fantasy beach book written by CQN’s Mea Culpa and wonderfully illustrated by Cartuja. Copies started arriving with readers yesterday and Connaire 12 was first to remark on the new book posting:
“Received my copy of In the Kingdom of Govania at 11.15 today. Started reading and could not put it down till the very last page. If you want to be entertained in a hilarious way about things that transpired in Govania do get a copy.