LEGENDARY Celtic captain Billy McNeill will be honoured by Spanish side Athletic Bilbao in recognition of his faithful service to the Parkhead club throughout his entire playing career.

The One Club Man Award was set up four years ago with the aim of paying tribute to players whose career with one team represents the values of commitment, loyalty, responsibility, sportsmanship and respect, which embody their identity as a club.

In choosing to salute 79-year-old McNeill, the Basque club recognise the enormous contribution the Lisbon Lion has made to the Glasgow team, as reported on the official Celtic website. 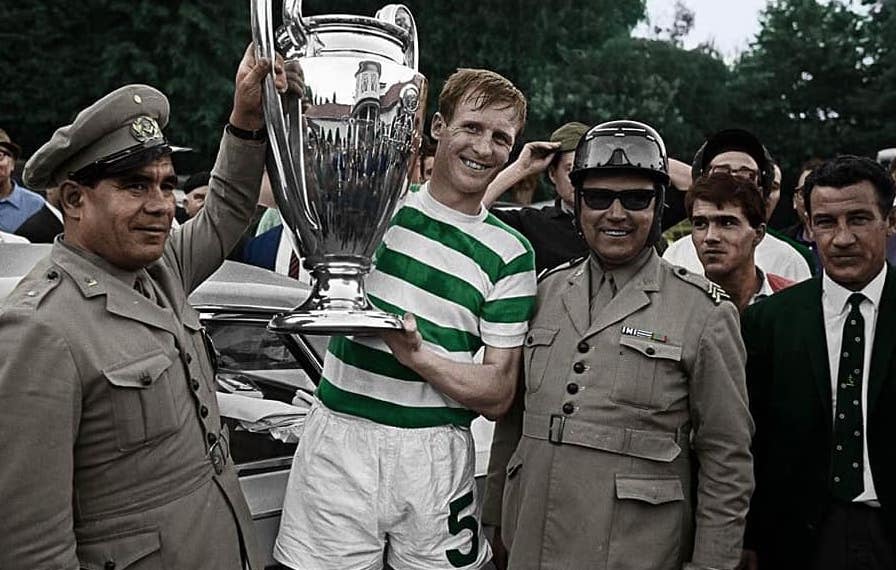 EUROPEAN CONQUEROR…skipper Billy McNeill holds aloft the glittering prize – with the help of  a local cop! – as assistant boss Sean Fallon looks on following the 2-1 triumph over Inter Milan in Lisbon on May 25, 1967.

During his career, which began in 1957 and ended in 1975, the centre-half played 790 competitive games, more than any other player in the club’s history, and scored 34 goals.

McNeill captained the Hoops to nine league titles in a row, seven Scottish Cups and six League Cups, he also lifted the European Cup as one of the iconic Lions in 1967, when Jock Stein’s side beat Inter Milan 2-1 in Lisbon to become the first UK side to conquer Europe.

He would later return to the Hoops for two successful spells as manager, including the league and Cup double in the team’s Centenary Year in 1998.

A special presentation of the One Club Man trophy is to be made in Glasgow by an Athletic club delegation that includes legendary goalkeeper Jose Angel Iribar and board member Aitor Bernardo. 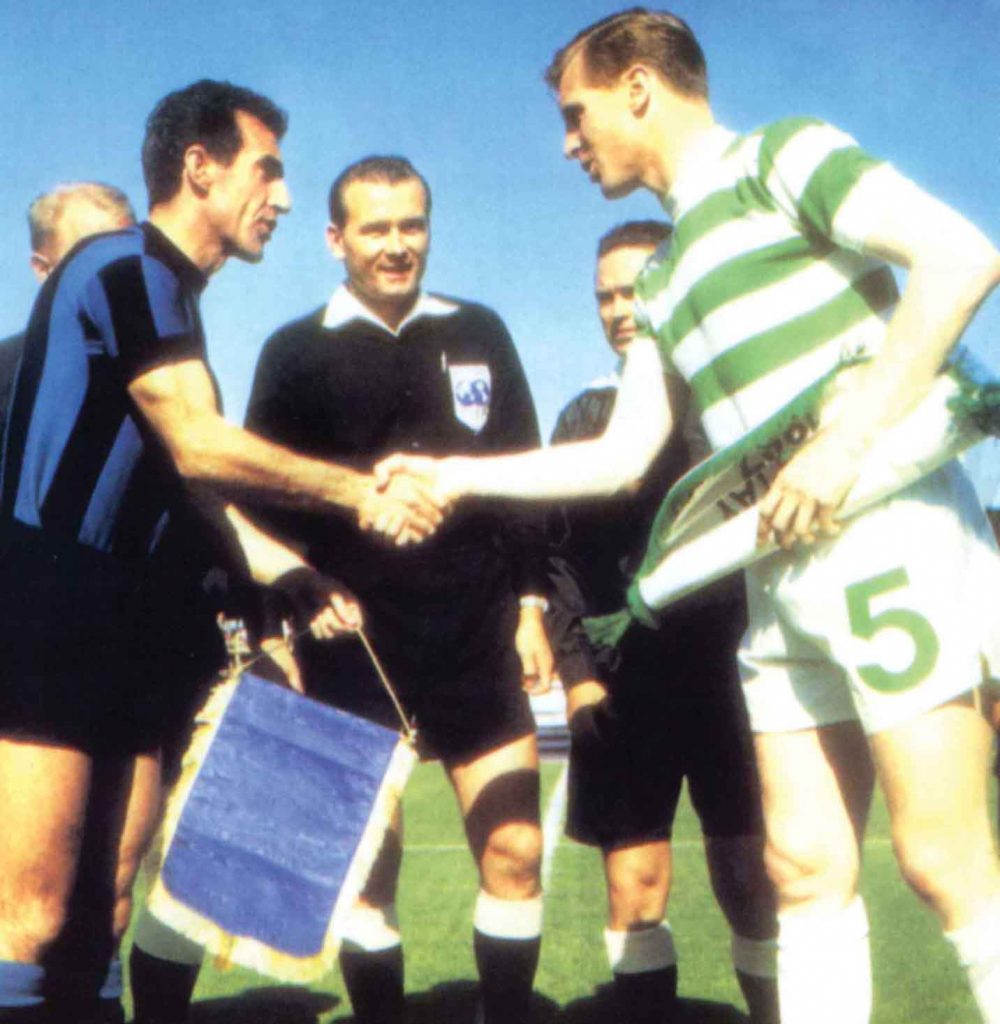 Celtic chairman Ian Bankier said: “This award is a fantastic recognition for Billy and recognises the phenomenal contribution he made to Celtic over so many years. A towering figure in the history of our great club, Billy’s achievements at Celtic form a legacy which we will always be so thankful for.

“Billy has always represented Celtic at all times in the best of ways with true integrity and professionalism and is someone who has always been the finest ambassador for the club.

“I am delighted that his unwavering commitment to Celtic has been recognised by Athletic Club de Bilbao in this manner and we congratulate Billy, Liz and all the family on this great achievement.”

“I know that Billy’s family is tremendously proud of this accolade, and on behalf of everyone at Celtic I would like to send our sincere congratulations to Billy and the entire McNeill family.”

THE LEADER…Billy McNeill emerges from the Parkhead tunnel ready for another battle in the colours of his beloved Celtic.

Bertie Auld, 81, a team-mate of McNeill in the all-conquering Celtic side, told CQN: “This is a fabulous gesture by Athletic Bilbao. As we all know, Billy was the epitome of a Celtic player and the club meant everything to him.

“It was so typical of my old mate to go out a winner following my old team’s 3-1 Scottish Cup Final victory over Airdrie.

“As I recall, Hampden was bathed in sunshine that day and he looked majestic as he went up to receive the trophy.

“Somehow, it just all seemed so fitting for Billy McNeill, the perfect farewell to a game he graced for so long and a player who just loved playing for Celtic.”