Celtic Quick News on News Now
You are at:Home»Latest News»EURO HUMBLING CELTIC MUST NOT REPEAT
By CQN Magazine on 17th June 2021 Latest News

STEPHEN WELSH is determined there will be no false start to Ange Postecoglou’s career as Celtic manager.

Gordon Strachan suffered a humiliating 5-0 drubbing from Artmedia in Bratislava in a Champions League qualifier in his first competitive game as Hoops gaffer in 2005.

A remarkable effort to claw back the deficit in the second leg at a packed Parkhead saw the club fail by a solitary goal and topple out of Europe’s elite competition.

Thankfully, Strachan recovered to win the first of a hat-trick of titles to emulate the feat of legendary gaffers Willie Maley and Jock Stein.

It’s clear Welsh does not want to put the incoming successor to Neil Lennon through such trauma.

The 21-year-old central defender, who emerged as first-team squad regular during last term’s disappointing campaign, insisted the players would be ready for the challenge of Danish aces FC Midtjylland in the first Champions League qualifier next month following yesterday’s draw in Nyon. 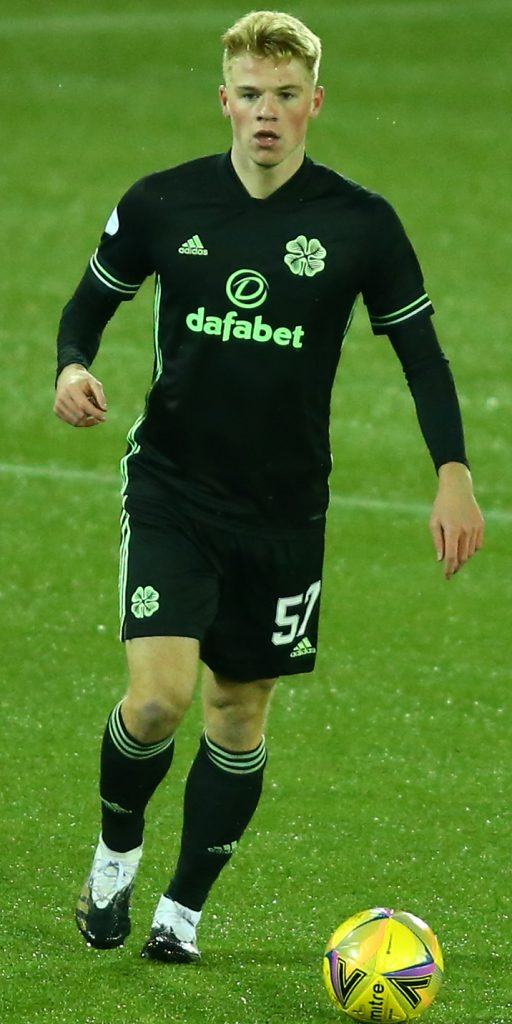 ON THE BAWL…Stephen Welsh wants to be a big shout in the Celtic defence this season.

Welsh, speaking to the club website, said: “They’re a good side and it’s going to be a tough game against them. Anyone who’s in the Champions League qualifiers will be a quality side.

“We’ll be going into it with high hopes and, hopefully, we can get a result out of that.”

Celtic, with Postecoglou running the rule over the squad for the first time, will play four pre-season friendlies before the second round qualifying encounter and Welsh is eager to show his qualities to the former Australia international chief.

The young Celt, who agreed a four-year deal at the end of the season, said: “I’m very excited that he’s coming. I’ve not spoken to him yet but I’ll be looking forward to meeting him, chatting to him and working with him.

“He plays good, attacking football and it’s a fresh start for everyone. It’s a new manager to impress and, come the Champions League qualifier, I’m sure we’ll all be fighting for our place.

“It’s all about getting another chance and trying to prove you’re good enough to be here.

“We’re all raring to go to get back into pre-season, work hard and playing good football. Personally, I am really looking forward to it.”