Celtic Quick News on News Now
You are at:Home»Latest News»EURO REVAMP REJECTED
By CQN Magazine on 17th May 2019 Latest News

Football bosses in many countries insist the plans would benefit only a few “rich and dominant clubs”, according to a report in Sky Sports.

UEFA are working with the European Club Association (ECA), whose members include all of the continent’s biggest clubs, to re-design European competition after the current international calendar ends in 2024.

European Leagues – which represents 28 nations – have told UEFA to scrap its reforms and to start the project “from scratch”.

The statement read: “The European Leagues retain the strong opinion that the presented proposal for reforming the European Club Competitions benefits just a few rich and dominant clubs, but damages the leagues and the great majority of clubs playing in the domestic competitions. 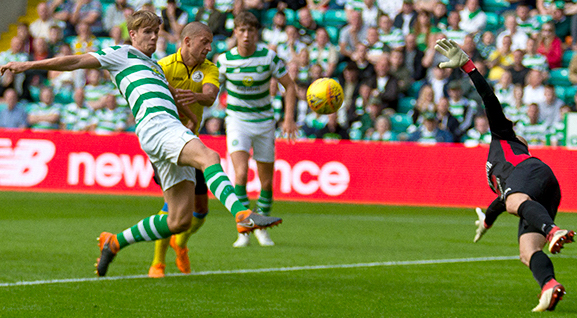 EARLY START…Kristoffer Ajer in action against Alashkert in July.

“The European Leagues are working on changes which contribute to the long-term sporting and financial sustainability of both European and domestic club competitions.

“UEFA must come to an agreement with the European Leagues and the other stakeholders to safeguard the interests of all professional football clubs in Europe.”

The blunt message to European football’s governing body emerged from a meeting of European Leagues’ board of directors in Warsaw yesterday.

Several league representatives who were present at a meeting with UEFA last week have said they were presented with a proposal to create a three-tier European league with promotion and relegation between each division.

Only four places would be open to the winners of Europe’s 54 national leagues. 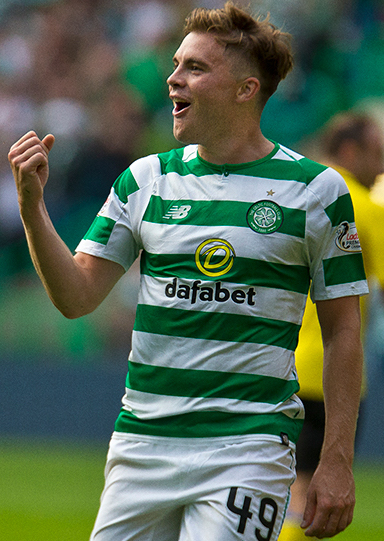 JOY BHOY…James Forrest puts down a marker for the season with a goal against the Armenians.

UEFA have said discussions are at a preliminary stage and have not given any further details.

This season, Celtic faced a July 10 kick-off in the Champions League qualifiers with the opening tie in Armenia against Alashkert.

The Hoops completed the previous domestic campaign on May 19 with a 2-0 Scottish Cup Final win over Motherwell.

The players were then required to play Rosenborg and AEK Athens in their attempts to reach the group stages of the elite club competition while clubs from the top-flight went straight into the sections.

Ajax, beaten semi-finalists in the Champions League earlier this month, have backed the Parkhead side in being a prestigious club who should be given more consideration by European bosses when it comes to the qualification stages.