CELTIC’S Europa League Group E rivals Cluj are involved in a cash row with their own directors.

Frustrated boss Dan Petrescu has criticised his club’s board and insisted neither he nor his players had been paid the European bonuses they had been promised.

The former Romanian World Cup star, who played for Chelsea and Sheffield Wednesday, is angry with the delay, especially after they beat the Hoops 5-4 on aggregate to advance to the play-off stage of the Champions League.

They lost home and away to Slavia Prague to move into the Europa League and, ironically, were pitched in once more against Neil Lennon’s men who got a measure of revenge for their top-flight exit with a 2-0 win in Glasgow at the start of the month.

Celtic are due to play in Romania in the final group match on December 12. 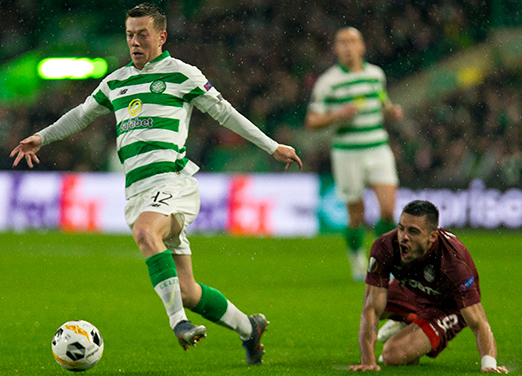 In a report in the Daily Record, Petrescu said: “The players are still waiting to receive their agreed financial bonuses for the European games. And I am still waiting, too. We’re all waiting. What can we do?

“We have enjoyed a good European run and are in a strong position to qualify for the last 32 from our group.

“It’s a delicate subject and it seems to be a problem in Romanian football everywhere. I just hope our club management resolve this issue soon.

“If you want to motivate players, you offer them financial bonuses. That’s how football works around the world, so it’s not a good position.

“I don’t think there is a single team in Romania who are financially stable.”

Cluj’s next Europa outing is scheduled for a week on Thursday when they play French side Rennes.

The eight-in-a-row champions will be in Rome that evening for their return encounter against Lazio after Thursday’s 2-1 comeback triumph in Glasgow.