VIRGIL VAN DIJK, the European Footballer of the Year, scored a goal the last time Celtic won a league game at Easter Road.

The Hibs hoodoo struck again at the weekend when the eight-in-a-row champions were held to a 1-1 stalemate as they lost their 100 per cent Premiership record.

However, there was no such chance of dropped points back on a chilly Sunday afternoon on January 26 2014 in Leith when Neil Lennon, in his first spell in the Hoops dug-out, saw his team fire in four goals without reply. 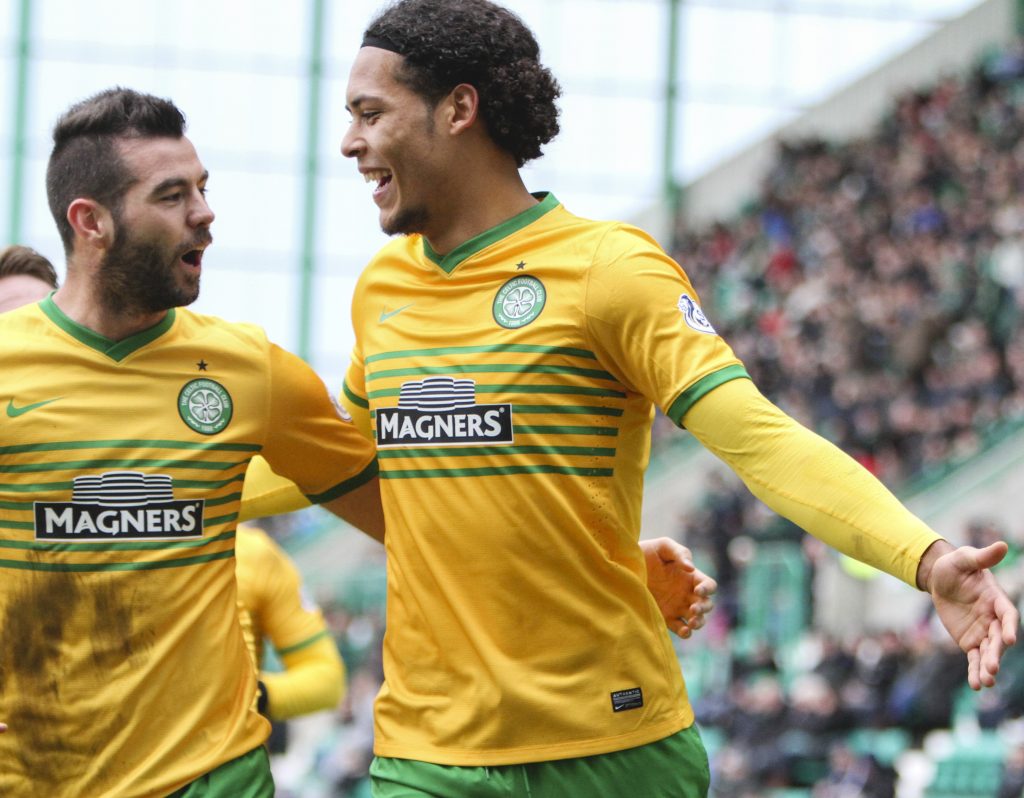 DUTCH MASTER…Virgil Van Dijk is congratulated by Joe Ledley after his strike at Easter Road.

Elegant Dutch international defender Van Dijk, who picked up a Champions League medal with Liverpool in June, swept in a free-kick in the landslide victory with Kris Commons notching a double and Teemu Pukki adding another.

Fraser Forster and Scott Brown are the only survivors from the team that won that wintry confrontation who turned out for the champions in Saturday’s stalemate.

The goalkeeper has had a £10million transfer to Southampton and England international caps in between the fixtures. 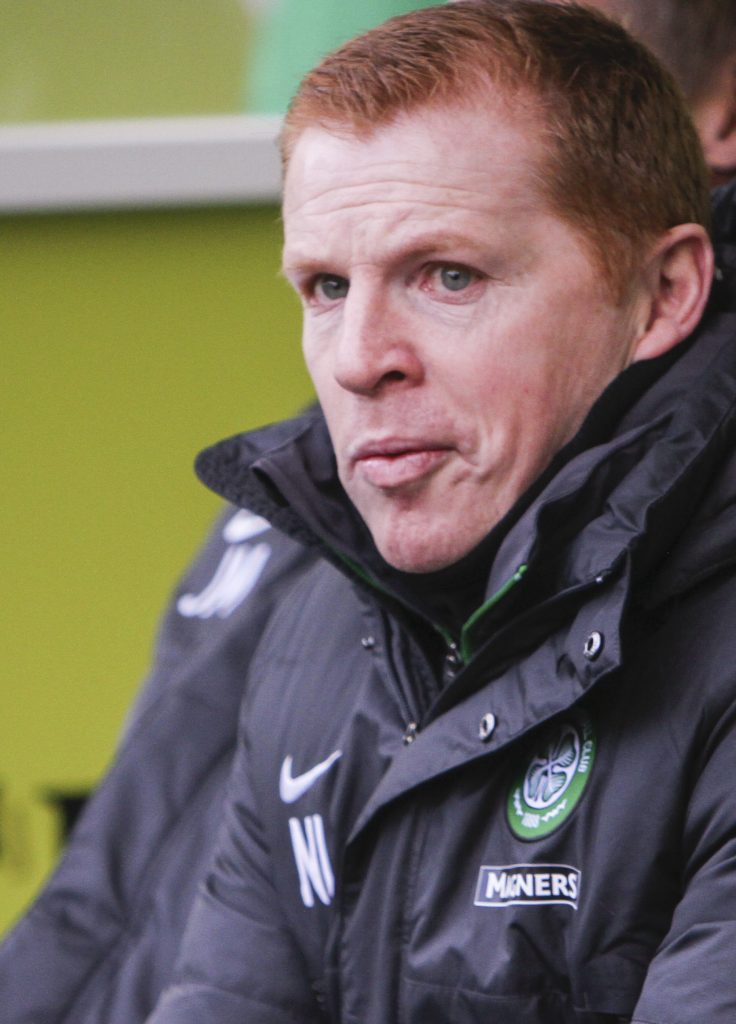 SUNSHINE ON LEITH…Neil Lennon watches Celtic win 4-0 in Edinburgh on a January afternoon in 2014.

Commons’ double that day made sure of the side’s 11th successive league victory while his strikes hoisted his tally to 16 goals for the campaign.

CQN‘s ace lensmen were in the capital that day to capture the action. Here is the pick of the pics. 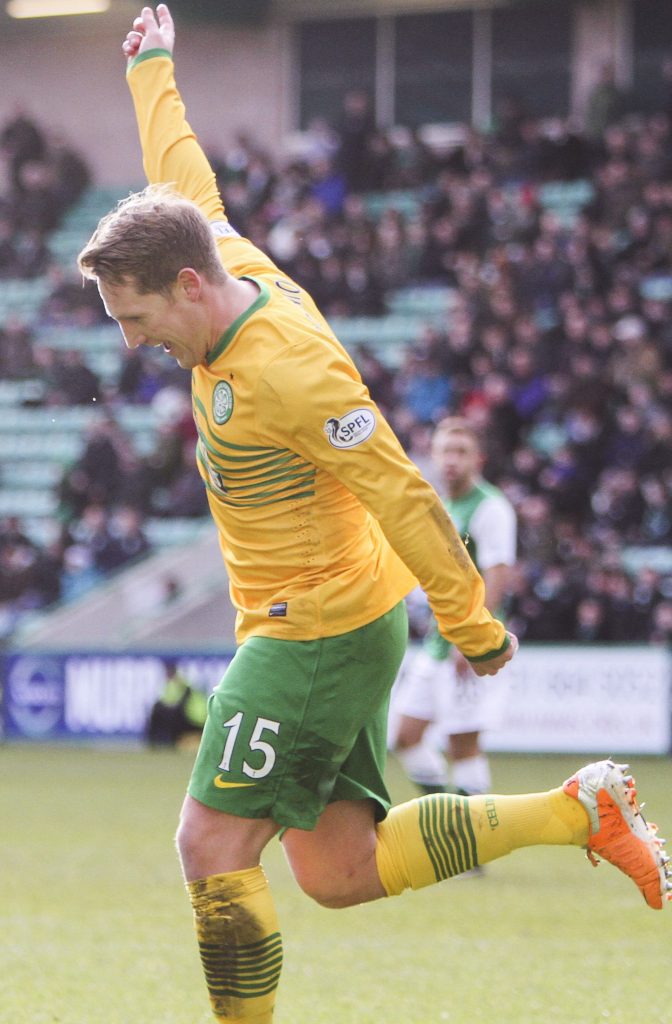 HAPPY DAYS…Kris Commons races away after scoring the first of a double. 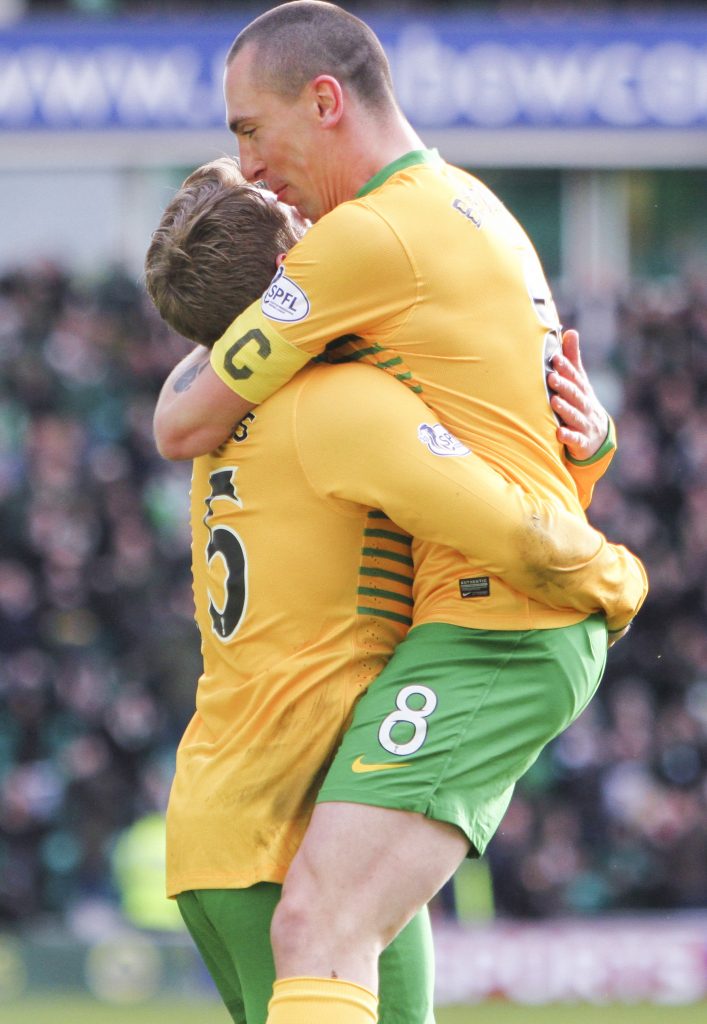 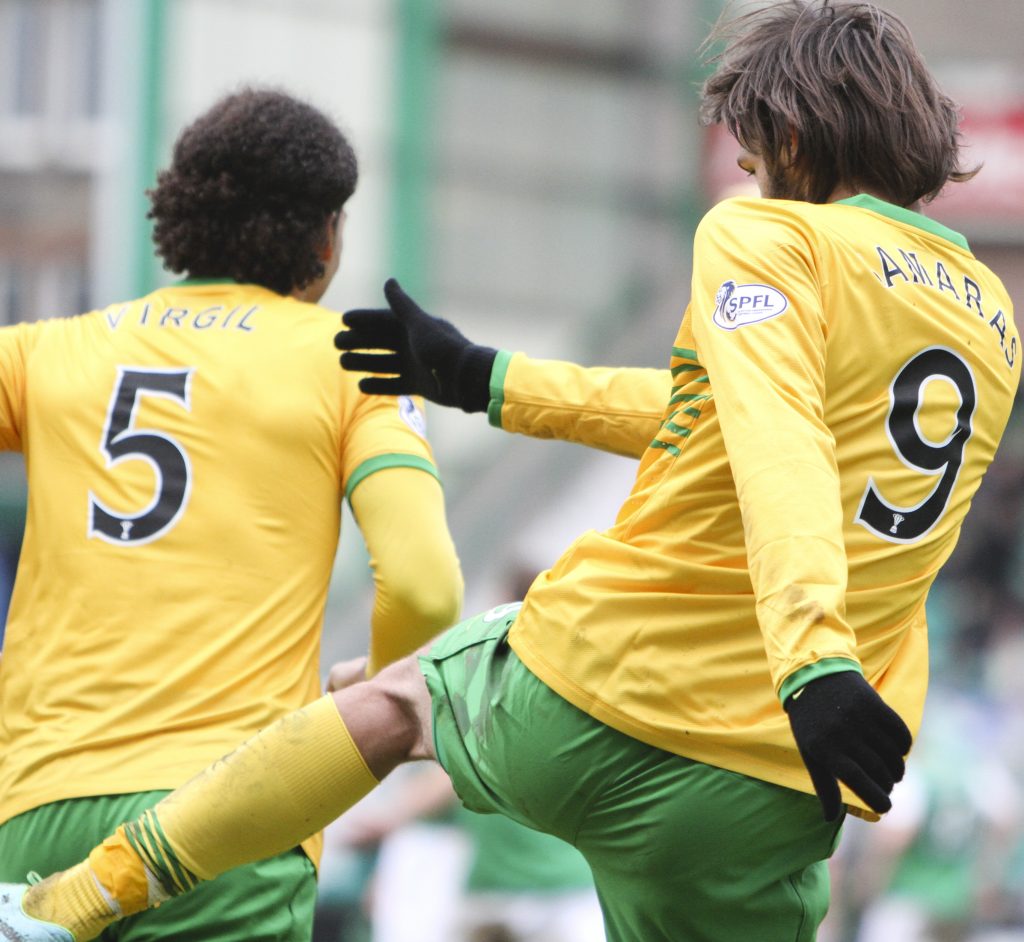 BUM NOTE…Georgios Samaras has an unusual way of celebrating with Van Dijk after the Dutchman’s goal. 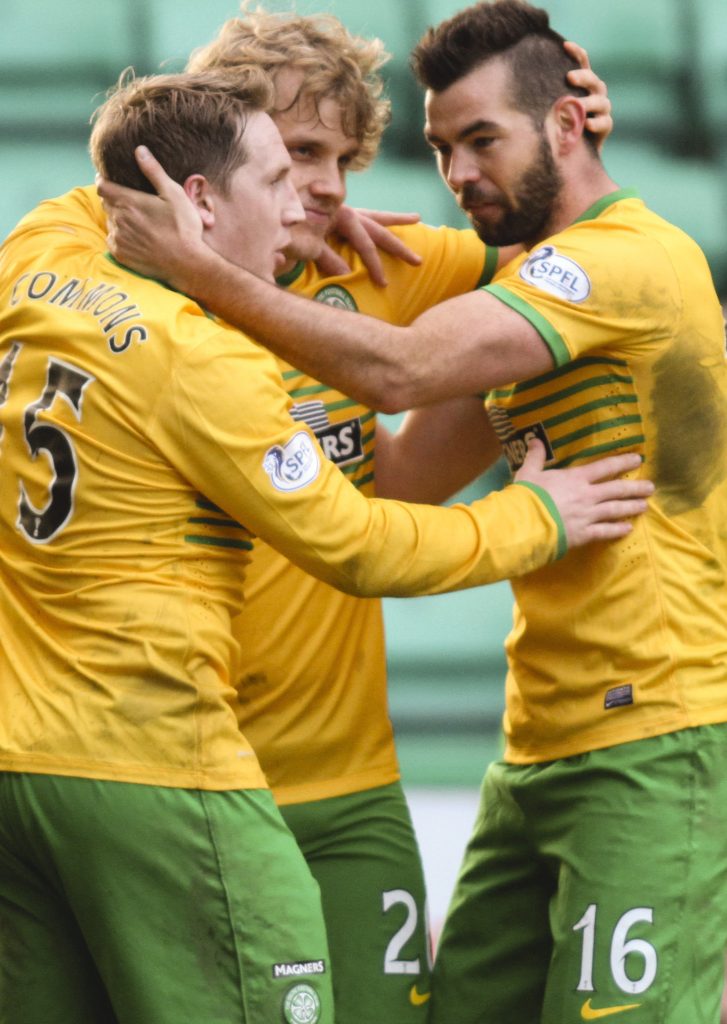 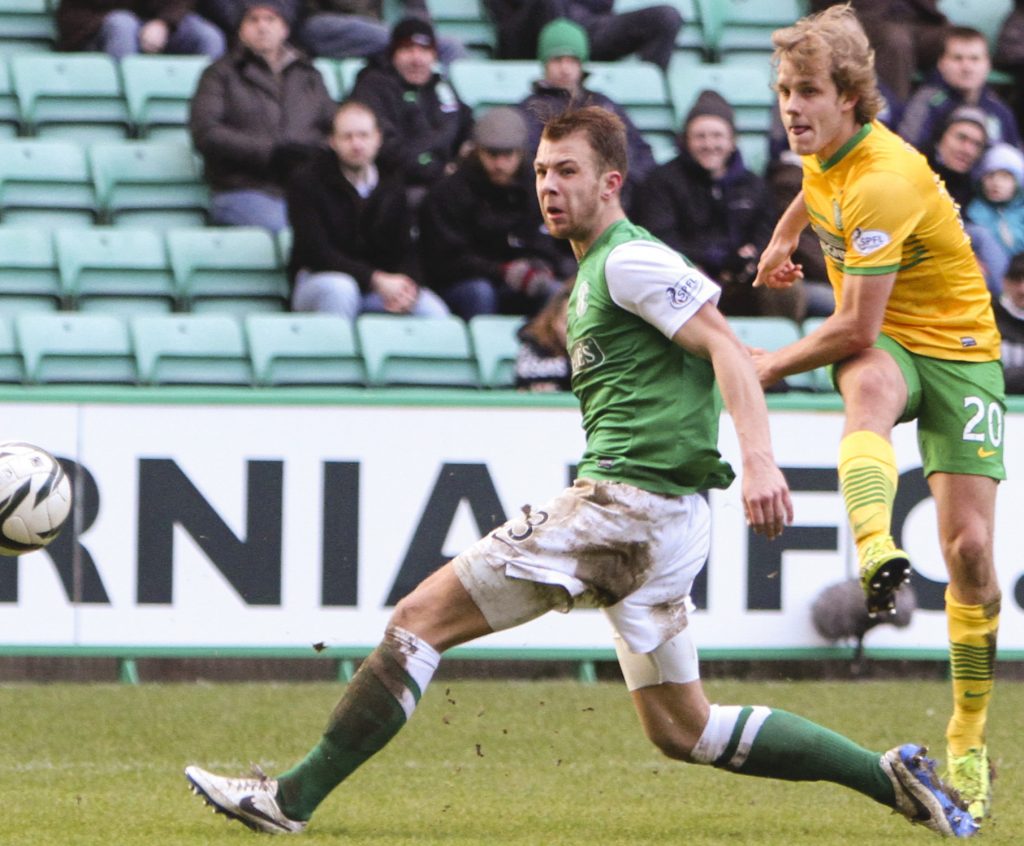 FIRST-CLASS FINNISH…Finland international Teemu Pukki blasts in his goal in the 4-0 romp. 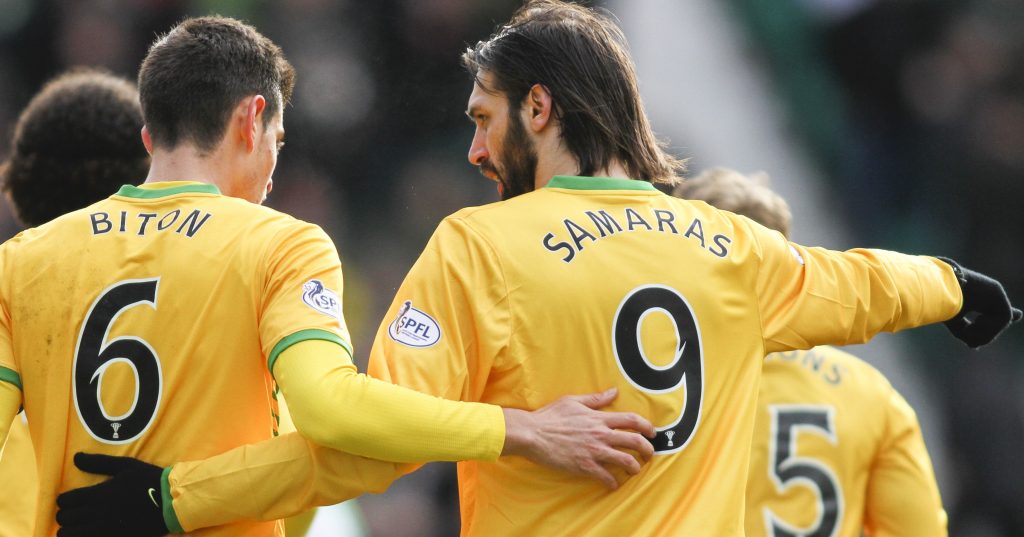 BROTHERS IN ARMS…Nir Bitton (note the missing T on his shirt) and Georgios Samaras discuss matters.

GOING DOWN…Fraser Forster dives to save as Virgil Van Dijk looks on. 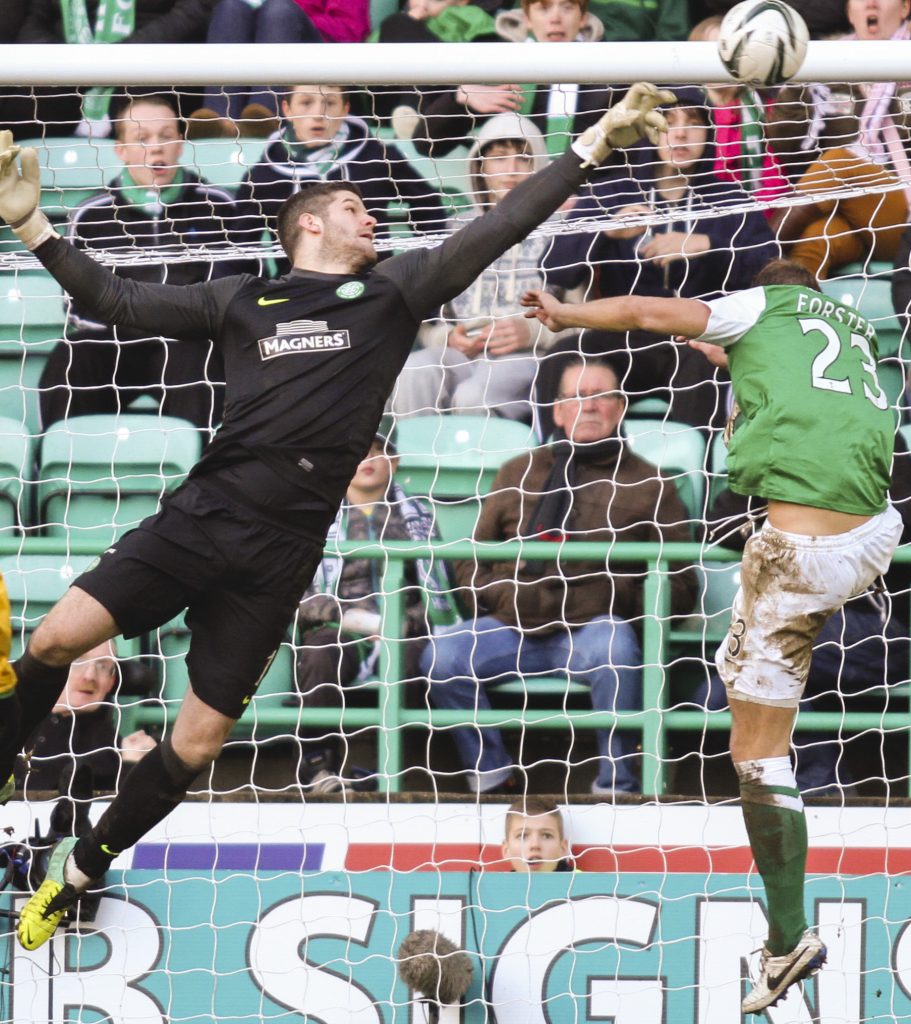