Celtic Quick News on News Now
You are at:Home»Football Matters»EVERY FOOTBALLER HAS A STORY, ESPECIALLY IF HE PLAYED FOR CELTIC
By CQN Magazine on 11th March 2017 Football Matters

Not every footballer’s story is remembered, but every footballer has a story. I’m trying to write the story of a former Celtic player by the name of John Jack, a bit-part centre-half who spent almost a decade at Parkhead in the 1950s. He played and coached alongside Jock Stein, once stepped in to replace a young Billy McNeill, and was in the side that won the club’s first Scottish League Cup in 1956. 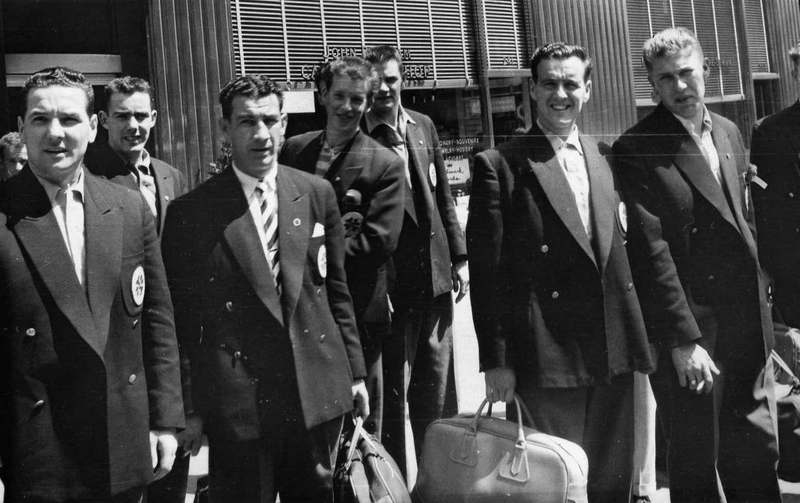 Full disclosure: John Jack (on the far right of the photograph above) was my great uncle. I never met him – my parents left Glasgow shortly after I was born, and he died when I was a child – but I have a handful of family stories and a smattering of news clippings from his playing days. Here’s what I’ve found so far. 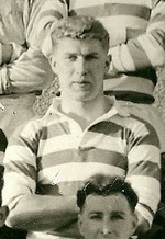 Jack made 68 first-team appearances between 1950 and 1959, 50 in the 1956-57 season when the club claimed their first League Cup in a replay against Partick Thistle. Stein made his debut two games before Jack’s first appearance against Motherwell in December 1951 at the age of 19 – when I believe he was still working in the mines.

While Stein quickly made the centre-half role his own, Jack was dropped after three games – played at left-back – following the 4-1 defeat against Rangers on New Year’s Day, 1952. “[I]t was a brave thing to play young Jack in such a game,” Alan Breck wrote in the Evening Times. “He stood up well to the roasting from Waddell, but what a strain on Baillie!”

Playing at centre-half for the reserves, first XI appearances were rare – he made just 11 in the next four seasons. But Stein’s persistent ankle injuries opened the door for Jack’s promotion to the side ahead of the 1956-57 season, with Bobby Evans moving to right-half.

The early months of the season, particularly the League Cup campaign, were the high point of Jack’s playing days at Celtic. Reports praised performances against Rangers, East Fife and Queens Park, and he kept his place for the rest of the campaign, only missing the final match of the season after being forced off injured against Hibernian. 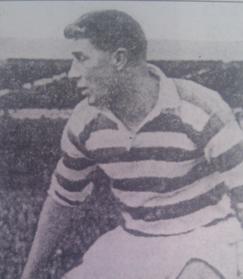 Defenders are best seen and not heard, and so it was with Jack. Largely unmentioned, there were moments of praise among the clippings that season that rounded out his reputation as an imposing presence at the back – one tackle on East Fife’s Angus Plumb reportedly left the striker “plumb level” – but his struggles against nimble forwards were common knowledge. Not elegant but effective, as one writer put it.

But defenders are judged by their mistakes, and two errors in that year’s Scottish Cup stand out. The first came against Rangers in the sixth round when, with Celtic up 4-2 and just seven minutes to play, he conceded a soft penalty before under-hitting a back-pass that led to a 4-4 draw. Celtic won the replay before reaching the semi-finals, where after a “cumbersome and occasionally reckless” performance in the 1-1 draw against Kilmarnock, a botched clearance early in the replay led to Dick Beattie conceding a penalty as Celtic went down 3-1.

The side finished fifth in the league for a second straight year. Supporters demanded investment from the board as early as January, after they went down 2-0 to Queens Park. Stein announced his retirement later that same month, and took over as reserves coach ahead of the following season, with Jack pitching in as coach.

After Celtic’s 1957 tour of North America, Jack’s days in the first team were over. He made just three more appearances over the next two seasons, with Evans at centre-half in the side subjected Rangers to the 7-1 drubbing at Hampden. In Jack’s last game, September 1958, he replaced the injured McNeill to face Raith Rovers. “Exactly 30 seconds after Raith kicked off a Kerray dance had Celtic in trouble but Jack dashed across and floored him just outside the penalty box,” the report notes. Celtic went on to win the clash 3-1. Jack was released the following May, later joining Greenock Morton.

Like McNeill, Jack was of Lithuanian descent. His full name was Jonas Kaduskeviechi, but all reports refer to him by his adopted name, which has carried through to the next generations. At one stage Celtic had three ‘Bellshill Lithuanians’ at the club, all at centre-half – McNeill, Jack, and John Kurila – all following in the footsteps of Alex Millar, thought to be the first player of Lithuanian descent to play for Celtic, who made a handful of first-team appearances between 1935 and 1938. He, too, was a centre-half. 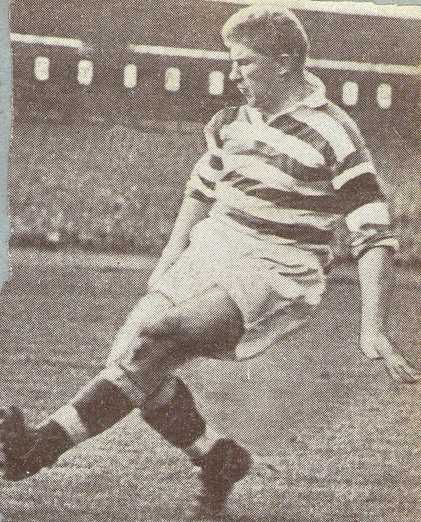 I’m still looking into the reasons behind Jack’s decision to change his name. Colin Deeny wrote a fine chapter in ‘Celtic Minded 3’ about the plight of Lithuanian immigrants who settled in Lanarkshire, many fleeing Tsarist Russia. They were mostly Catholic, and typically subjected to prejudice and derision. Keir Hardie was paranoid about the influx of miners taking jobs and undercutting wages for Scots, even suggesting the ‘Russian Poles’ were introduced to spread disease and kill off surplus labourers. “Dr Johnson said God made Scotland for Scotchmen,” Hardie told parliament in 1899, “and I would keep it so.” Little wonder, then, that so many were drawn to Celtic.

In the face of such discrimination, many Lithuanians changed their names to hide their roots and make their way. The community was reportedly at its peak in the 1950s with an estimated 10,000 living in Lanarkshire, but I gather that name changes and efforts to integrate make those roots largely invisible today. The Scottish Lithuanian Social Club, established in Bellshill in the 1950s, may not be the buzzing community hub it once was, but it is still standing.

And now, a request: I appreciate it is 60 years since that 1956-57 season, but should anyone have any memories, stories, pictures, information, leads, or (especially) corrections about John Jack’s story – from his Celtic days or beyond – I’d be grateful. And finally, a thank you to Winning Captains for inviting me to write this for CQN.

Written by Michael Beattie for CQN. Pics from TheCelticWiki.

If you have any information or recollections on John Jack please email david@cqnpublishing.co.uk and we will pass this on to Michael. Please feel free to post any memories of the player onto Celtic Quick News.