LOU MACARI has selected SEVEN Celtic players in in his all-time list of great team-mates.

The former Hoops striker and manager has also found space in his dream team – as revealed on BBC – for Manchester United’s George Best, Denis Law, Bobby Charlton and Martin Buchan.

The one-time Scotland international striker, who left the Hoops in a £200,000 switch to Old Trafford in 1973, lined up his Eleven from Heaven as: Simpson; McGrain, McNeill, Buchan; Johnstone, Hay, Lennox, Best; Charlton, Dalglish and Law.

A goalkeeper who came from nowhere. Nobody knew a great deal about him. We called him ‘The Cat’ because he could pounce. Ronnie was more than reliable, fantastic.

Danny was non-stop. If you talk about lasting 90 minutes, Danny could’ve lasted 90 HOURS. He was so fit. He was a machine at right-back. 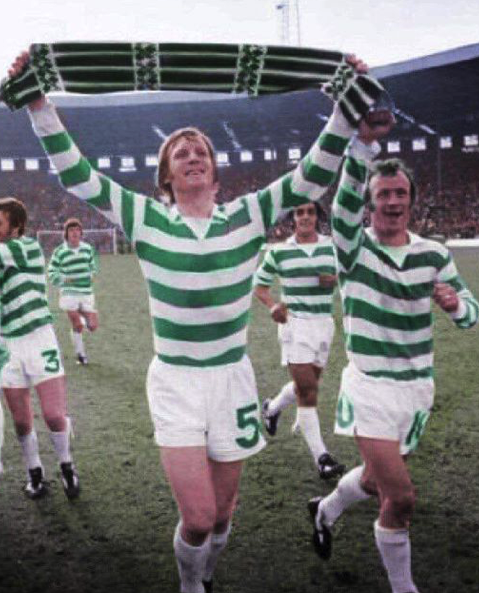 Billy was a leader. ‘Caesar’ as we called him – and that’s the best description I can give. He was a presence on and off the pitch. He was my captain and the one that we relied on.

Martin was probably the most dedicated player I had ever met. Meticulous off the pitch, tried to be the same on the pitch. He was a silky centre-half. He wasn’t overly aggressive. Mr Perfect we used to call him.

There are no defenders nowadays who could handle either Jimmy Johnstone or George Best. They would just annihilate them. Both those players would have had problems of very physical opposition week in, week out. 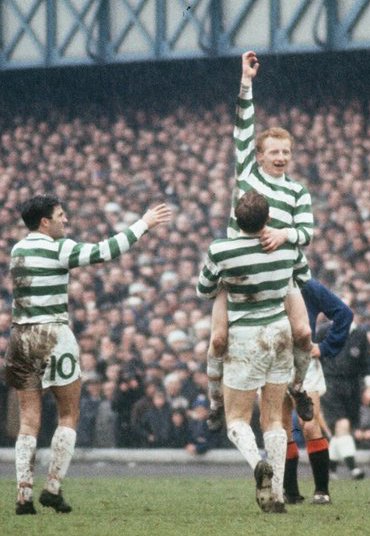 HIGH AND MIGHTY…Jimmy Johnstone celebrates his second goal at Ibrox in 1967 as Celtic clinched the title.

George Best was a wizard, could beat players for fun. He could beat you four or five times if he had to, and could score goals. An unbelievable player. You couldn’t get the ball off Jimmy. Every team was terrified of him. Two players I’ll never ever see the likes of again.

David Hay was a machine. We were all exceptionally fit, but Davie was a freak. We could all play five games a week, but Davie could play seven. He was as strong as an ox. If you got in his way, he would just sweep you aside.

Bobby Lennox could carry the ball from midfield to high up the pitch. No problem to him.

Kenny became one of the greatest finishers ever, but it was something he worked on, not something he was born with. He wasn’t a great finisher when he played alongside me as a youngster at Celtic, but he was determined to improve. By the time he came to England, he could score every sort of goal – 25-yarders, dink them over the keeper, whatever you like. But it was down to dedication.
I played beside Denis when I first came into the Scotland side. He would advise me to tackle the centre-halves before they tackled you – don’t get knocked around. Denis could look after himself.
Click Here for Comments >
Share. Twitter Facebook Google+ Pinterest LinkedIn Tumblr Email
Previous ArticleGRIFF’S CELTIC FEAR
Next Article Howe agent comments correct