FORMER Celtic forward Niall McGinn insists Aberdeen will stop the rot against his old club when they lock horns in the Scottish Cup semi-final.

The Northern Ireland international set up an April 14 showdown against the holders at Hampden when he scored a third-minute opener against Steven Gerrard’s team in the quarter-final replay at Ibrox on Tuesday night.

Teenager Connor McLennan slotted in the second shortly after the hour mark and the Pittodrie side immediately switched their attention across Glasgow to Neil Lennon’s men.

The Dons have lost their last SEVEN games against the Hoops at the national stadium, the last one being the Betfred League Cup Final where their former loan star Ryan Christie volleyed in the only goal of the confrontation.

Their last victory came in the 1992 League Cup semi-final when Eoin Jess scored the only goal of the game.

Now McGinn is determined to end 27 years of hurt when Derek McInnes take his players to Hampden for the last-four crunch tie next month. 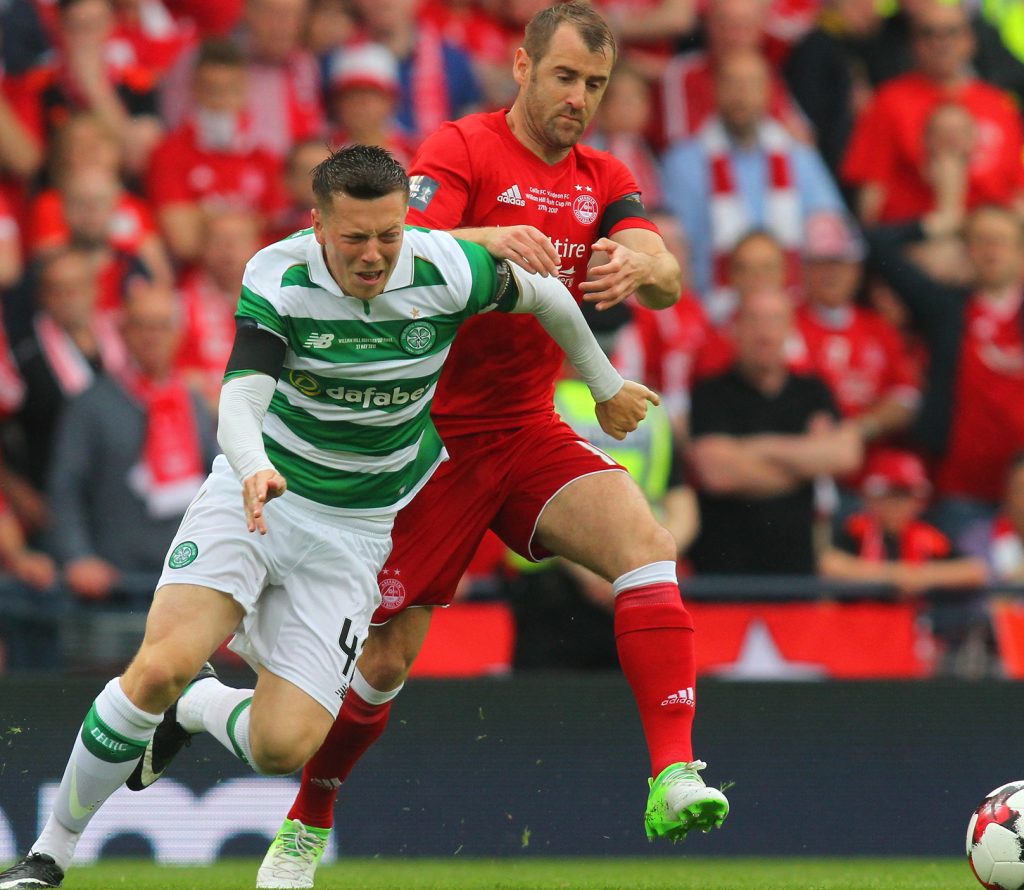 The 31-year-old winger, speaking to the Daily Record, said: “We want to go a step further – we’ve got another opportunity to get to a Final and there’s no bigger task than beating Celtic.

“Being at a big club like Aberdeen, you enjoy getting to semi-finals and Finals. Anything can happen in Finals and we had chances to win the game against Celtic in the Betfred League Cup.

“We’ll worry about that when it comes around, but we’re not far away.

“We’ll have to defend well and take our chances when they come around.”

The Dons have already faced the Hoops four times this season, losing three and drawing one. The three defeats have been by the odd goal – 1-0 affair at Parkhead with Scott Sinclair on target in September and 4-3 at Pittodrie on Boxing Day with the Englishman claiming a hat-trick and Odsonne Edouard rolling in the other.

Christie’s cracker settled the December 2 clash to take the campaign’s first piece of silverware back to the east end of Glasgow and the teams battled out a goalless draw at Parkhead on Saturday.