Celtic Quick News on News Now
You are at:Home»Latest News»EX-CELT ‘ANNOYED’ AT SNUB
By CQN Magazine on 28th May 2021 Latest News

FORMER Celtic winger Lewis Morgan admits he is ANNOYED not to be involved in Steve Clarke’s Scotland Euro Finals squad.

Morgan, who has just signed an extension at the MLS outfit, was given the bad news from the Scots boss in a phone call that he would not be required for next month’s extravaganza with Group D encounters against the Czech Republic, England and Croatia due to be played.

The former Parkhead and St Mirren prospect, who was brought to Glasgow by Brendan Rodgers, told the Scottish Sun:“There was definite disappointment and I was annoyed I wasn’t involved, but it will drive me on to make sure I can back into the picture. 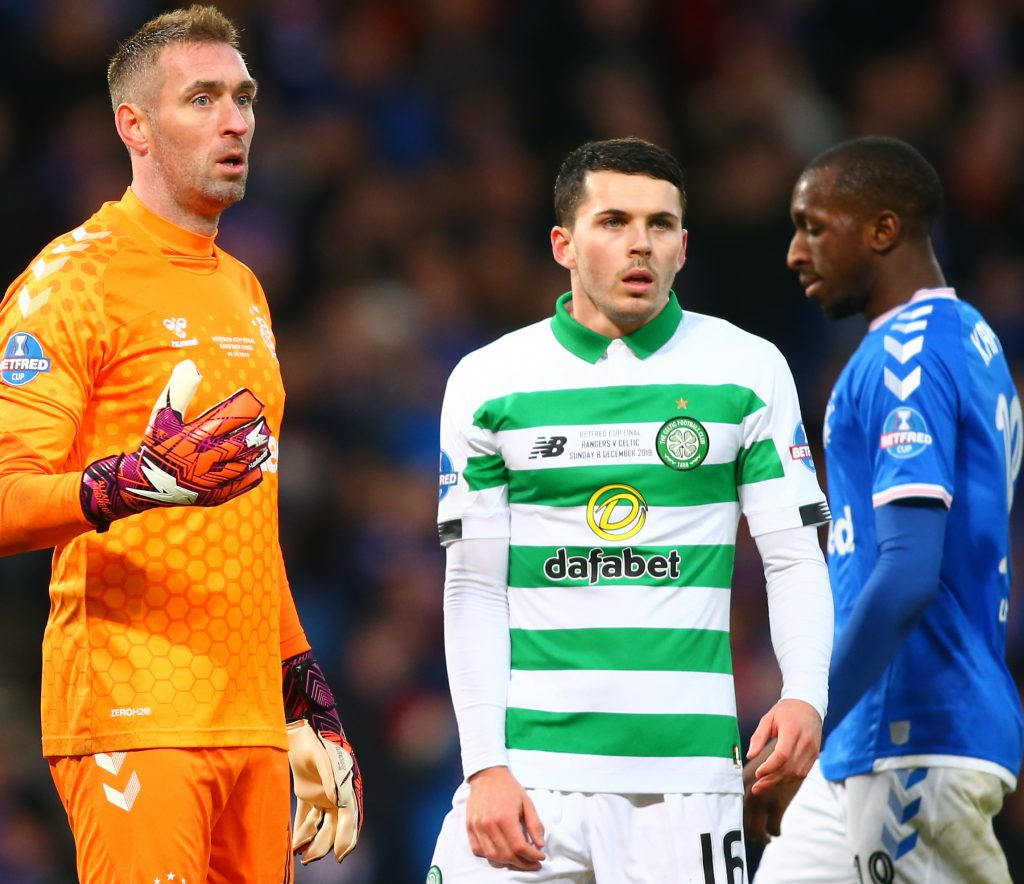 THE FINAL SAY…Lewis Morgan is flanked by Allan McGregor and Glen Kamara on his way to a Betfred League Cup triumph in December 2019.

“I will always back myself and I can add a lot to the squad, but all the best to every player who is involved.

“I will be their biggest supporter, but I know I can something to the group. I just wish I was involved.”

Morgan, who has already been capped twice, was due to return to the international scene back in September.

However, the tricky touchline operator was hamstrung by travel restrictions imposed by the Covid-19 pandemic and was unable to link up with Clarke and his players.

At the time, he said: “Playing for your national team is the biggest honour a player can have and it’s definitely a goal I have to force myself back into that set-up.”
Morgan claimed five strikes in 25 appearances last season and now, under Phil Neville, he is hoping to hit the sort of form that will make certain supremo Clarke will not be able to overlook him for future tournaments.