The Italian, who was signed by Gordon Strachan from AC Milan and spent two years at the club, also emphasised the team have now ditched the Brendan Rodgers “international style” with Neil Lennon’s back to basics approach.

Donati, 38, who was appointed Kilmarnock’s assistant boss to Angelo Alessio in the summer, spoke on Italian radio to give the lowdown on his old club.

He insisted: “Scottish football is very different from Italian football. The games here are played at 100 miles per hour and tactics are often overlooked.

“Celtic had a more international style under Brendan Rodgers, but Neil Lennon has them back playing in a more Scottish way.

“They are a very strong and aggressive team. 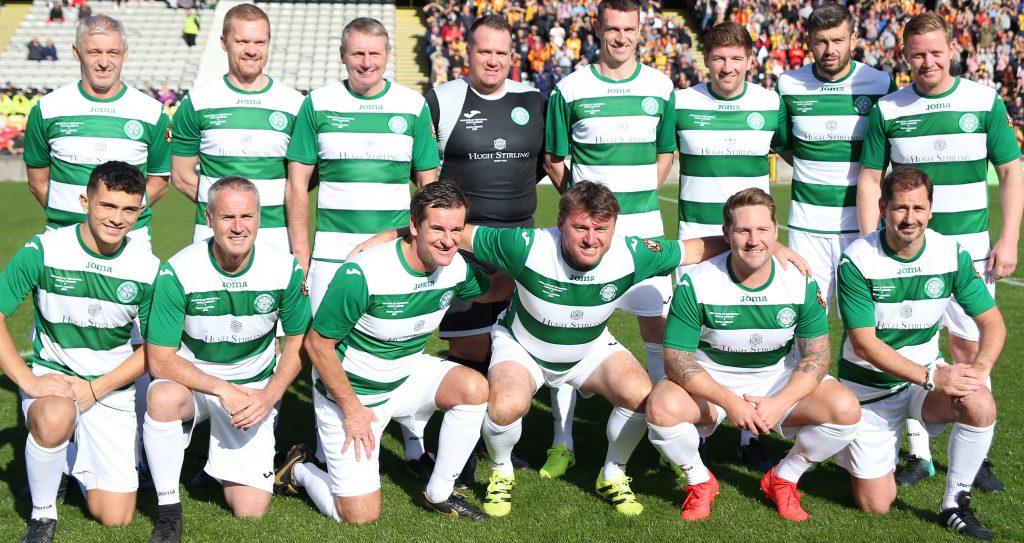 SPY IN THE HOOPS…Massimo Donati (back row, second right) lines up for the Celtic Old Crocks for a charity game at Firhill last month.

“Odsonne Edouard is a very good player, he’s talented and very physical. Lazio should also pay attention to James Forrest who is a fast, technical winger who could put them in danger.

“And Ryan Christie is in great form. He is playing well and scoring with regularity.

“However, defensively they can give you chances and that is their weak point, in my opinion.

“Lazio are stronger, but Celtic Park is a huge advantage for them. Lazio will need character, they will need to win their individual duels and they have to focus on being technically superior.

“For me, Lazio have been too inconsistent this season and they could do with a good run in the Europa League.”

Lennon’s side sit on top of their section with four points – one ahead of the Serie A outfit – after their 1-1 draw with Rennes in France and the 2-0 win over Cluj at Parkhead at the beginning of this month.

They follow up Thursday’s confrontation with a trip to Rome for another meeting with Lazio on November 7.