The top-flight English outfit, who bought Kristoffer Ajer from the Hoops for £13.5million in July last year, moved swiftly to land the Scotland international left-back from the Serie A club, as Sky Sports News reported.

Hickey has agreed a long-term contract at the west London club in an initial deal worth £14million which will rise to £18million with add-ons. 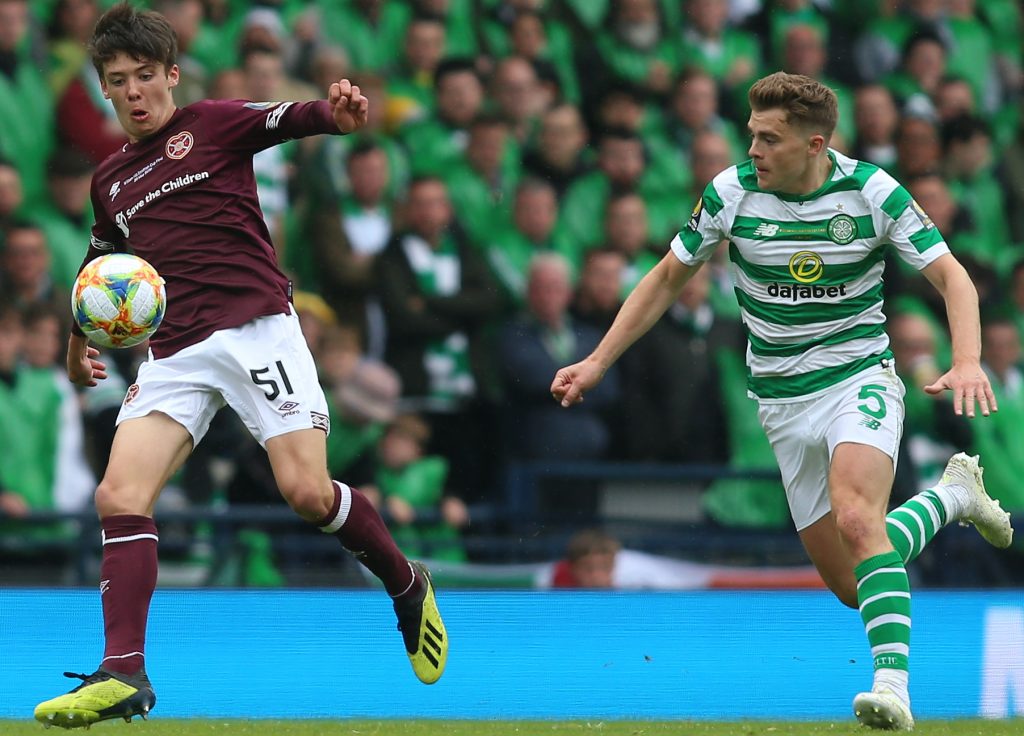 THE RACE IS ON…Aaron Hickey attempts to clear from the pursuing James Forrest during Celtic’s 2-1 Scottish Cup Final triumph over Hearts at Hampden on May 25 2019.

The 20-year-old defender has made a rapid rise to stardom since leaving the Parkhead youth set-up after four years in 2018 for Hearts and played one of his first games in the Tynecastle top flight against Neil Lennon’s team in the Scottish Cup Final on May 25 2019.

He was on the losing side as two second-half goals from Odsonne Edouard gave Celtic the trophy in a 2-1 victory to seal the phenomenal treble treble.

Hickey moved to Bologna in a surprise switch in the summer of 2020 in a deal reckoned to be worth £1.5million with the Parkhead side receiving 30 per cent of the transfer fee.

He is now expected to make his Brentford league debut against Brendan Rodgers’ Leicester City at the King Power Stadium on Sunday August 7.