FORMER Celtic skipper Scott Brown has emerged as a shock contender for the St Mirren manager’s job.
Jim Goodwin will quit the Paisley club to take over at Aberdeen after agreeing a three-and-a-half year deal and could be in charge for this afternoon’s Premiership meeting with Motherwell at Fir Park.

Thirty-six-year-old Brown left Parkhead in the summer at the end of his contract to join up with friend and former Hibs team-mate Stephen Glass who had replaced Derek McInnes in the Pittodrie dug-out.

However, the boss was sacked after just 11 months in the role following the team’s Scottsh Cup exit against Graham Alexander’s side a week ago. 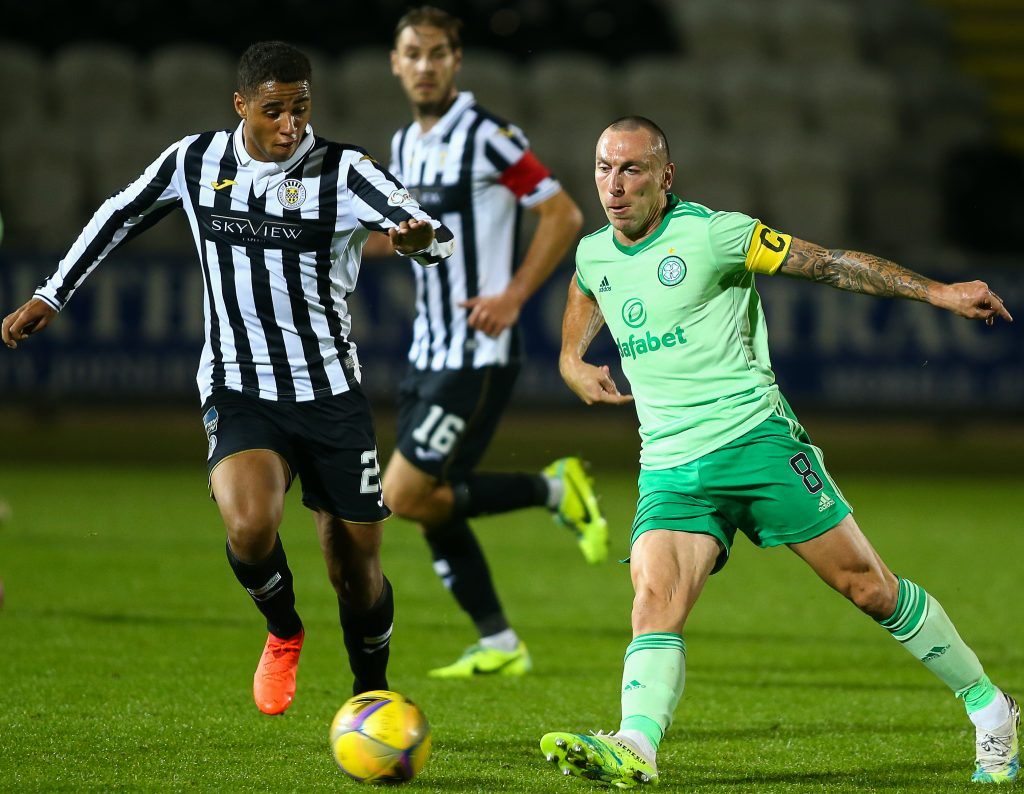 PAISLEY PATTERN…Scott Brown in action against St Mirren in Celtic’s 2-1 win in September 2020.

The Dons were granted permission to speak to Goodwin after they agreed to trigger a £250,000 release clause in his contract.

The 40-year-old Irishman immediately travelled to the north east with assistant Lee Sharp to wrap up negotiations, according to a report in the Daily Mail.

Before agreeing a new three-year contract in February last year, ex-Alloa gaffer Goodwin asked for a break clause to be inserted.

With the Saints due to play at Livingston, goalkeeping coach Jamie Langfield took training and performed pre-match media duties. Expected to join Goodwin at Pittodrie, where he played for 10 years, the former keeper will take the team on an interim basis until a new boss arrives.

Brown, suffering from a hamstring problem, will miss the match at Well today while the Paisley club step up efforts to replace Goodwin.