FORMER Celtic defender Charlie Mulgrew insists his Scotland international career is NOT over.

The versatile 35-year-old left-back or centre-half is determined to get back into Steve Clarke’s squad after his last appearance in the 4-0 loss to Russia two years ago.

Mulgrew, who spent six year at Parkhead in his second stint at the club after returning from Aberdeen in July 2010, has been earning rave reviews with his performances for Dundee United this season although he missed the recent 1-1 draw against Ange Postecoglou’s side through injury.

The veteran, who has made 44 appearances for his country, admitted he will never retire from international football. 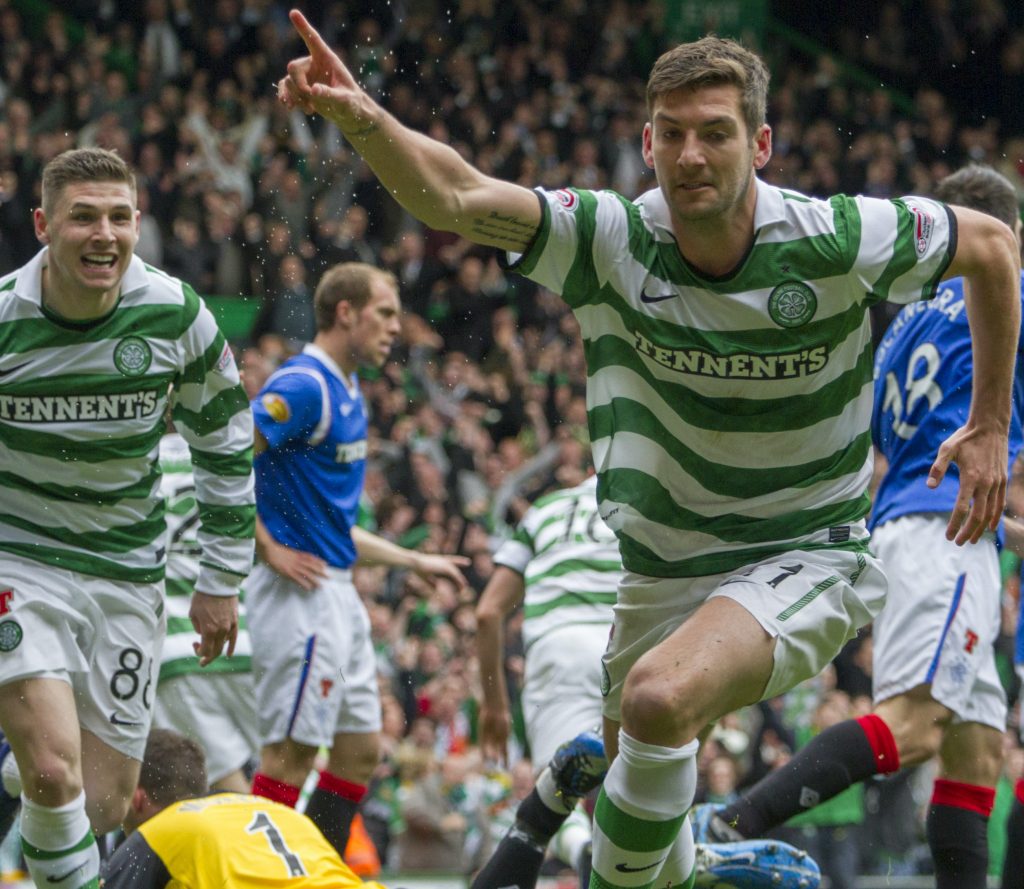 GLORY BHOY…Charlie Mulgrew races away after scoring a goal in a 3-0 win over the Ibrox side in 2012.

Mulgrew, speaking to the Scottish Sun, said: “What would it say about me if I said I didn’t want to be considered anymore? That’s just not me.

“As long as I’m playing club football at a good level, I’ll always be available for Scotland.

“It’s up to Steve Clarke to decide if he wants to select me, but I still have ambitions to play for my country.

“Scotland can tell me when they don’t need me. I’ll never tell Scotland that’s me done.”

Mulgrew was overlooked for the squad for the forthcoming World Cup encounters against Israel at Hampden on Saturday and the away fixture against the Faroe Islands on Tuesday.