Celtic Quick News on News Now
You are at:Home»Latest News»EX-CELT ON WAY BACK
By CQN Magazine on 11th May 2021 Latest News

FORMER Celtic star Alan Stubbs is poised for a return to football as manager of Queen’s Park.

The ex-Hoops central defender, who won five honours, including two titles, at Parkhead, has been out of the game since his ill-fated three-month spell at St Mirren ended in October 2018.

Now, though, Stubbs, is being lined up to take over at the Hampden club who have just been promoted to League One.

The 49-year-old Englishman is the frontrunner for the role which has been vacated by Ray McKinnon after he stepped down following the League Two championship triumph, according to a report in the Daily Record. 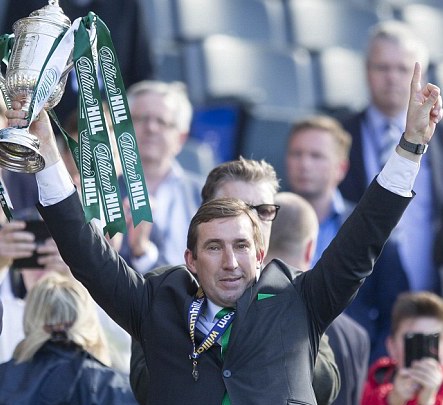 Stubbs previously worked with the Glasgow outfit’s chief executive Leeann Dempster during his spell at Hibs where he led the Edinburgh men to their first success in the Scottish Cup in 114 years when they beat Mark Warburton’s Ibrox outfit 3-2 with the help of a double from on-loan Celt Anthony Stokes in 2016.

He left for Rotherham United after that silverware breakthrough, but left inside a year.

Now he is on the brink of a dug-out comeback at ambitious Queen’s Park who are looking to continue progressing through the leagues with the backing of Glasgow businessman Willie Haughey, the former Celtic and Livingston director.

They are due to move into the revamped Lesser Hampden facility as they pursue a full-time professional model.

They shared Falkirk’s ground to complete the season, playing their final game at the national stadium in March.