FORMER Celtic keeper Craig Gordon is on alert to make his Scotland international comeback against the Faroe Islands.
Steve Clarke has hinted he could make a change in the No.1 position for the the World Cup qualifier at Hampden tomorrow night.

The Scots are still waiting for their first win after successive draws against Austria, 2-2 in Glasgow last week, and 1-1 against Israel in Tel Aviv on Sunday.

David Marshall, who, like Gordon, is an ex-Hoops netminder, was criticised for Dor Perez’s long-range goal at the weekend which left the team with an uphill struggle in the second-half. Thankfully, Ryan Fraser flashed in the equaliser from the edge of the box shortly after the turnaround.

Asked if he could make a change in the last line of the defence, Clarke, speaking to Sky Sports News, answered: “Three games in a week, it is possible to have a look at another goalkeeper. 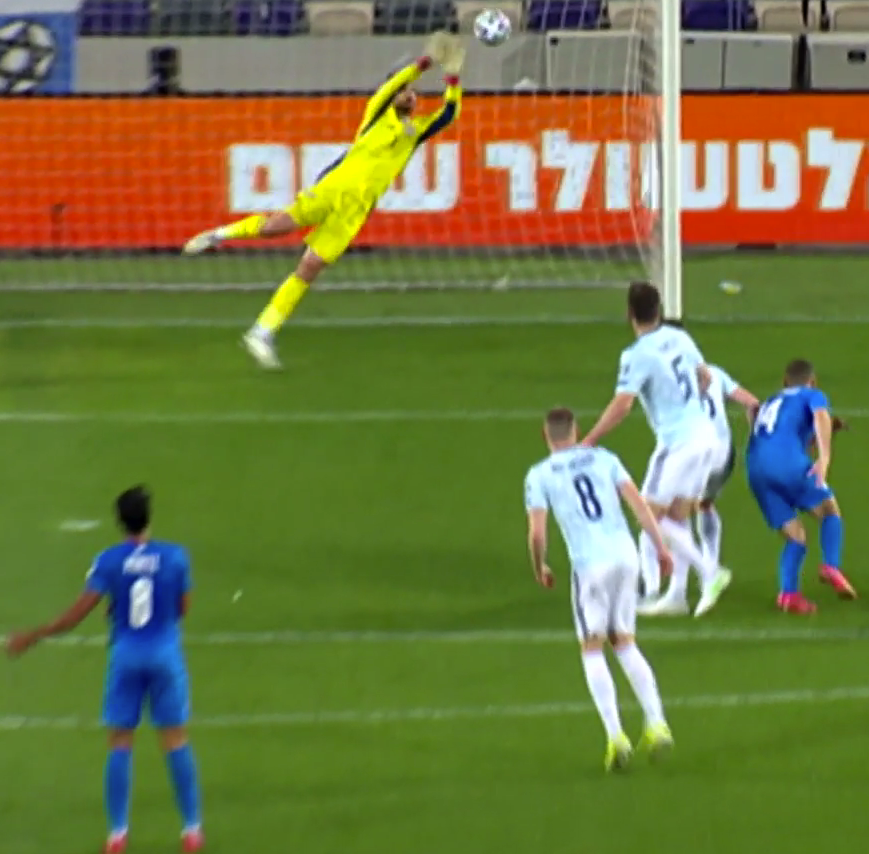 OOPS…David Marshall is beaten from long-range by Israel’s Dor Peretz (No.8) in the 1-1 draw in Tel Aviv.

“I can use the depth of the squad if I feel it is the right thing to do. I don’t like discussing team selections the day before the game. I never have done.

“I know what my team is, I have it written down and it is in my pocket.

“I know the formation, I know the players and how many rotations there will be, but it is not something to share with the general public and the media before the game.”

Gordon, who rejoined Hearts at the end of his Parkhead contract in the summer, last played for the Scots in the 1-0 loss in Slovakia in November last year. He has picked up 55 caps for his country with 22 shut-outs.

The other shotstopper in Clarke’s squad is Ibrox No.2 Jon McLaughlin.