The ex-Scotland international star has been massively impressed by the young Frenchman who has taken over as the attack leader this season.

His compatriot Dembele quit the champions only hours before the August transfer deadline in a £19.8million switch to Lyon and Leigh Griffiths has missed a chunk of the campaign through injuries and personal issues.

Edouard has accepted the responsibility and clinched precious Premiership points with late winning goals in crucial games against Aberdeen at Pittodrie, Hearts at Tynecastle and Dundee at Dens Park on Sunday.

He has also scored in the Champions League qualifiers, hit the points-clincher in the Europa League against RB Leipzig and been the matchwinner on two occasions against Rangers last term.

Edouard has notched 29 goals in just over a season-and-a-half since his club record £10million move from Paris Saint-Germain in the summer. 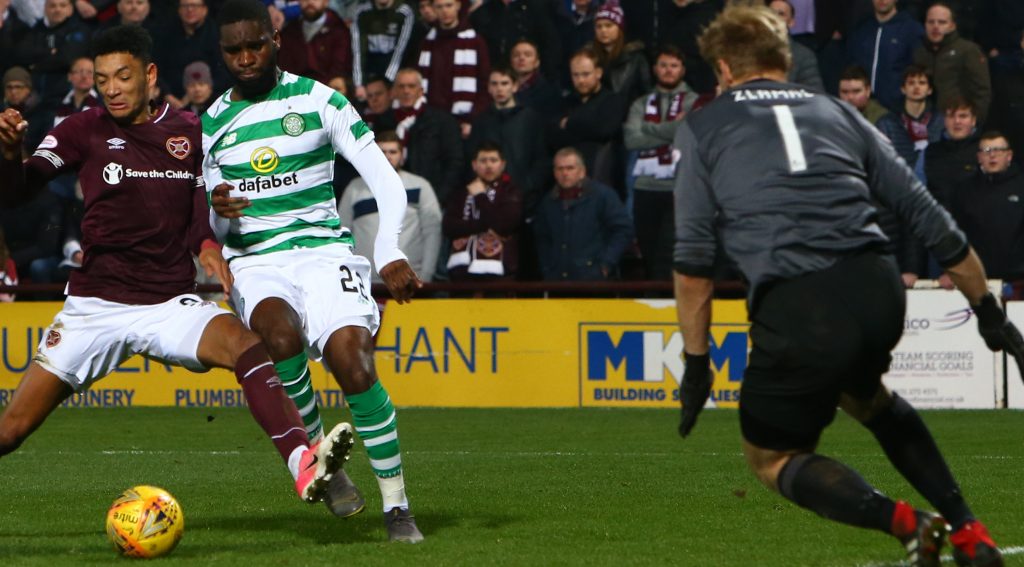 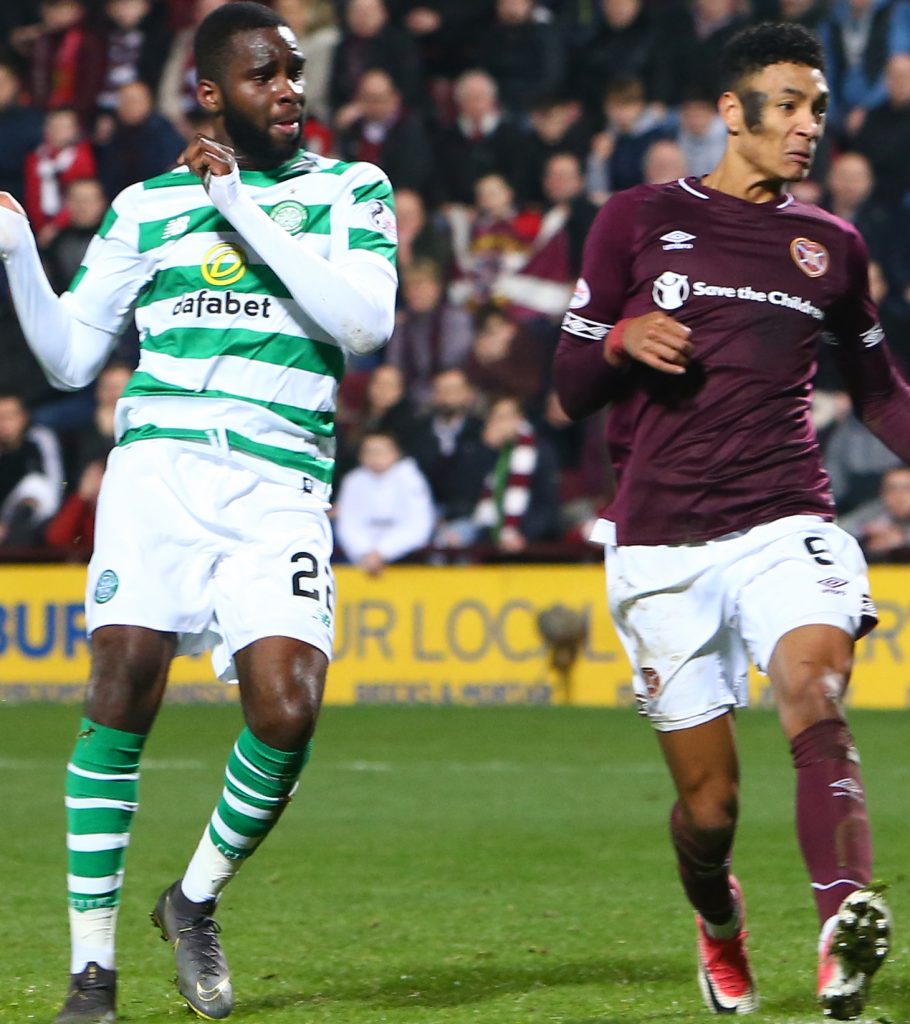 MATCHWINNER…Edouard gets in ahead of Clare to turn the ball goalwards. 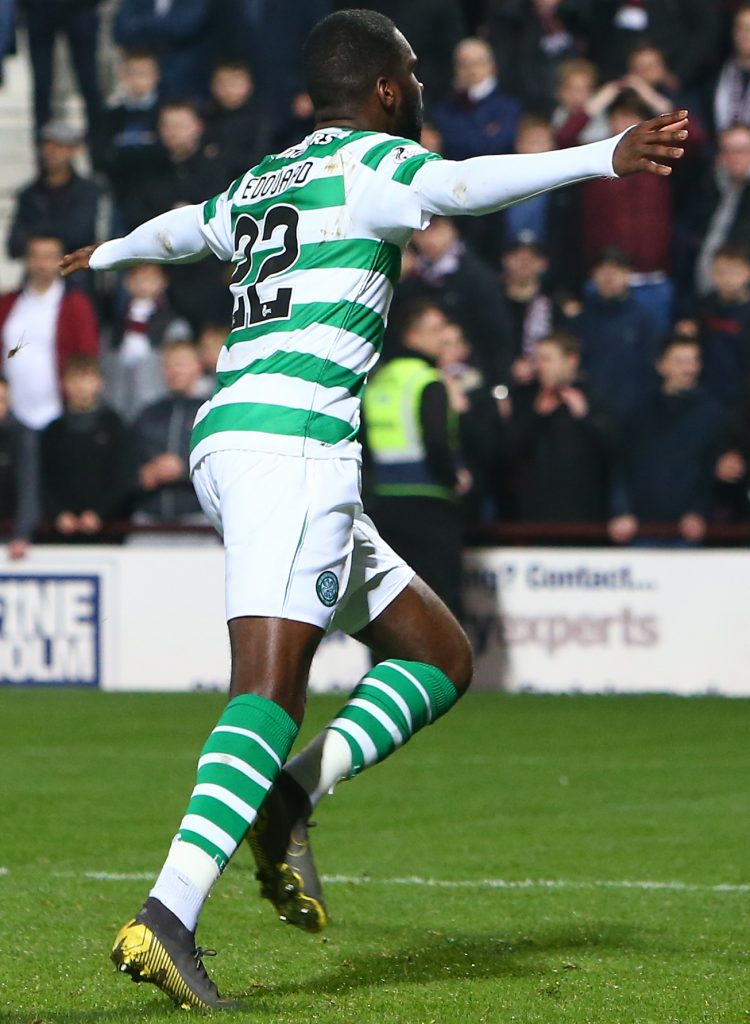 HOOP, HOOP HOORAY…Edouard turns away after his stoppage-time effort.

Donnelly, speaking to the Daily Record, remarked: “Edouard has the potential. He is 21 years of age and he’s only going to get better.

“We spoke about Dembele before he left and he’s found his form at Lyon.

“Somebody said to me that he thought Odsonne would be better than Dembele after he scored his three goals in two games against Rangers at the turn of last year.

“Looking at it now, there’s no reason why that can’t be the case.

“He’s got power, he’s got pace and he’s got that little bit about him to score important goals.

“Edouard has had injuries this season and missed games, but he’s popped up with some massive goals.

“Maybe this is his forte. When the chips are down, he comes up with something.

“The goal at Dundee last Sunday was well worked. Lovely one-two with James Forrest. He took it by the scruff of the neck at Dens Park. He got the ball, made the pass, kept the run going and finished.

“Frank McAvennie has spoken of the importance of last-gasp goals in the 1987-88 season, they are so crucial.

“Edouard scored a last-minute winner against Hearts recently in Neil Lennon’s first game back. These are hugely important moments in a season.

“Being better than Dembele is quite a challenge, but you cannot knock the importance of the goals he’s scoring.”

* DON’T miss the unbeatable match report from Kazakhstan v Scotland this afternoon – only in your champion CQN.