ODSONNE EDOUARD should stay at Celtic for another FIVE years.

That’s the advice of former Hoops striker Jorge Cadete who only spent 14 months at the club after joining in a complicated deal from Sporting Lisbon in the mid-nineties.

The Portuguese international had a well-publicised fall-out with Fergus McCann and his career in the hoops came to an abrupt halt.

Cadete faded from the football scene fairly quickly after his controversial exit and he reckons fans’ favourite Edouard should enjoy his time at the champions as they gear up for a tilt at 10.

The French ace, who netted 28 goals last season and is the club record signing after his £9million arrival from Paris Saint-Germain in June 2018, has been linked with a big-money switch from Neil Lennon’s side, despite still having two years to run on his contract.

The Celtic gaffer is attempting to persuade the player to agree an extension to ward off would-be suitors.

Cadete, the flamboyant former hitman who was signed by Tommy Burns in March 1996 and scored on his debut in a 5-0 win over Aberdeen a month later, told the Scottish Sun: “What would I do? I would ask for a long-term contract and sign it. People are talking about one year. Why not five?

AT WORK…Odsonne Edouard training at Lennoxtown this week. 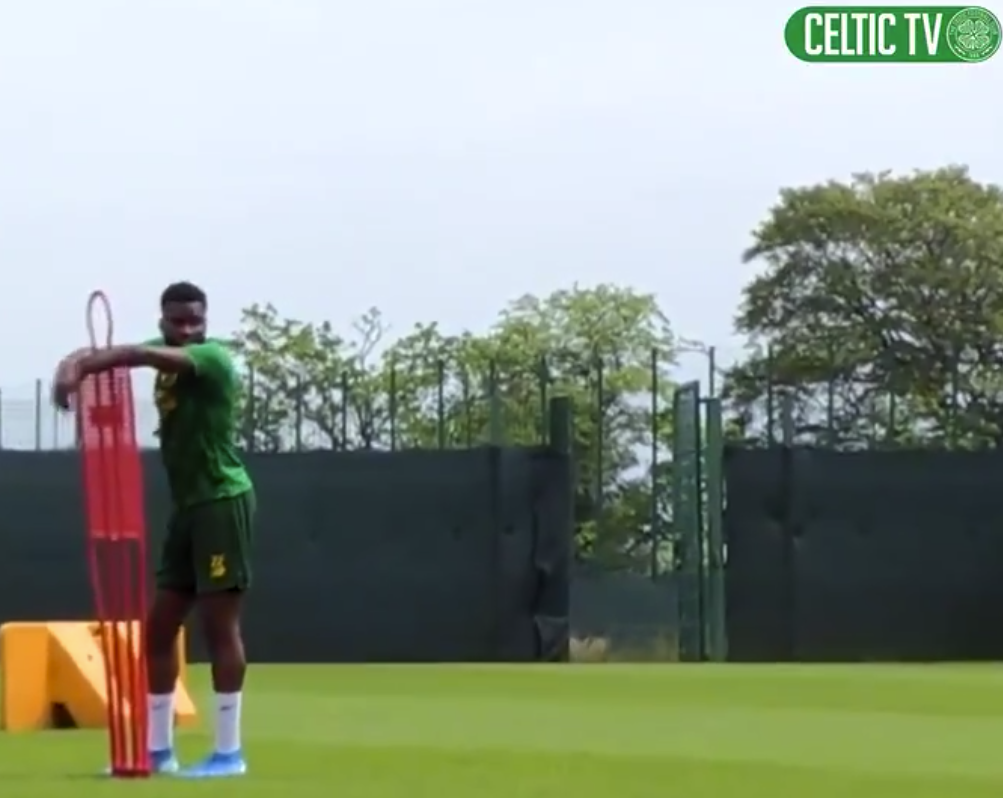 “I know that clubs are interested in Edouard and he will have a lot of options this summer. But staying at Celtic is the right thing for him. Next season is a chance to make history.

“He is at a great club, with passionate supporters and he could be part of something really special.

“Everyone who has ever played with Celtic knows about 10 in a row and what it means.

“In my time, we were trying to stop Rangers doing it. Now Celtic are one more title away from it and I expect Edouard will want to be part of that.

“There are so many years ahead of him. If he stays at Celtic longer even more clubs will want him. For me, it’s the perfect place for him to keep developing as a striker and get regular games. 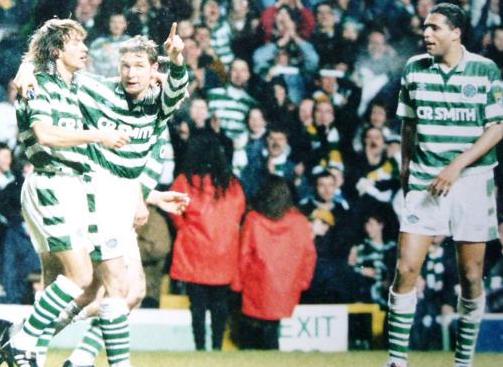 GOAL-DEN BHOY…Jorge Cadete celebrates his debut strike for the Hoops in 1996 along with Peter Grant and Pierre van Hooijdonk.

“At his age, it’s all about learning and picking up experience and he’s doing that at a great club.

“That is the dream for most players at 22, so if I was Edouard I would not be looking to leave.”

“Celtic gave Edouard a chance of first-team football and they have been fantastic for him. But he’s also brought them a lot of success, so I think he deserves a bit extra in wages.

“It would be wise to spend the money like this. It helps the team and it keeps the player happy.

“And if the wage increase leads to 10 in a row for Celtic then it will all be worth it.”