The one-time Scotland international was brought in by Gordon Strachan from Dundee United in 2005 as the Hoops went through a transitional period following the exit of Martin O’Neill.

Wilson believes his old club face an even bigger upheaval at the end of the campaign – on AND off the pitch.

Decisions will have to be made about Neil Lennon;s future after the ex-boss returned in an interim basis to take over following the hasty departure of Brendan Rodgers to mid-table Leicester City last week. 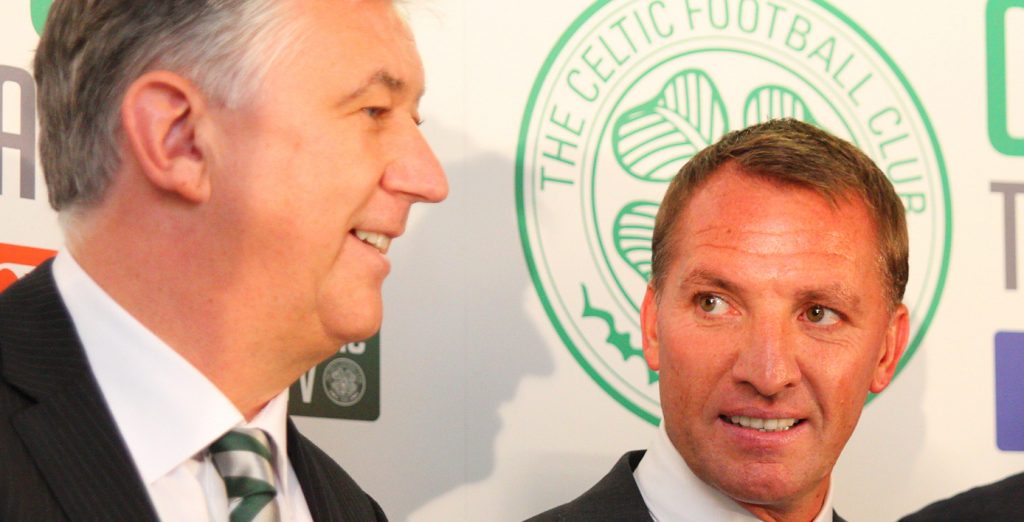 HAPPIER TIMES…Peter Lawwell welcomes Brendan Rodgers to Celtic in May 2016.

Dedryck Boyata will almost certainly leave at the end of his contract and Emilio Izaguirre and Dorus De Vries are in the same position.

Mikael Lustig and Scott Sinclair still have 12-month options for the club to pursue while frozen-out midfielder Scott Allan has already agreed a pre-contract with Hibs.

There is likely to be other movement among the present squad and Wilson, speaking to the Daily Record, said: “I definitely think there’s a lot of work needed.

“Even if there wasn’t a lot of players out of contract, it would still be a tough job for whoever is in charge next season for the next manager to replicate the success.

“Celtic have to lose a trophy at some point. You can’t keep winning everything.

“The fact the new man, whether it’s Neil Lennon or anyone else, will need to change so many players makes it an even tougher job.

“Not just for Lenny, either – but for Peter Lawwell.

“If Celtic go on to win this eighth title – which is looking likely – then you are talking about the nine-in-a-row year.

“Peter and the club will need to throw a good bit of money at it because Celtic can’t afford to fail.

“Rangers have put up a decent challenge this year and you’d think they will be stronger again next time.

“The fans were going off their nuts because they felt the club didn’t invest to get to the Champions League.

“Can you imagine the response in the summer? It would be TEN times worse.” 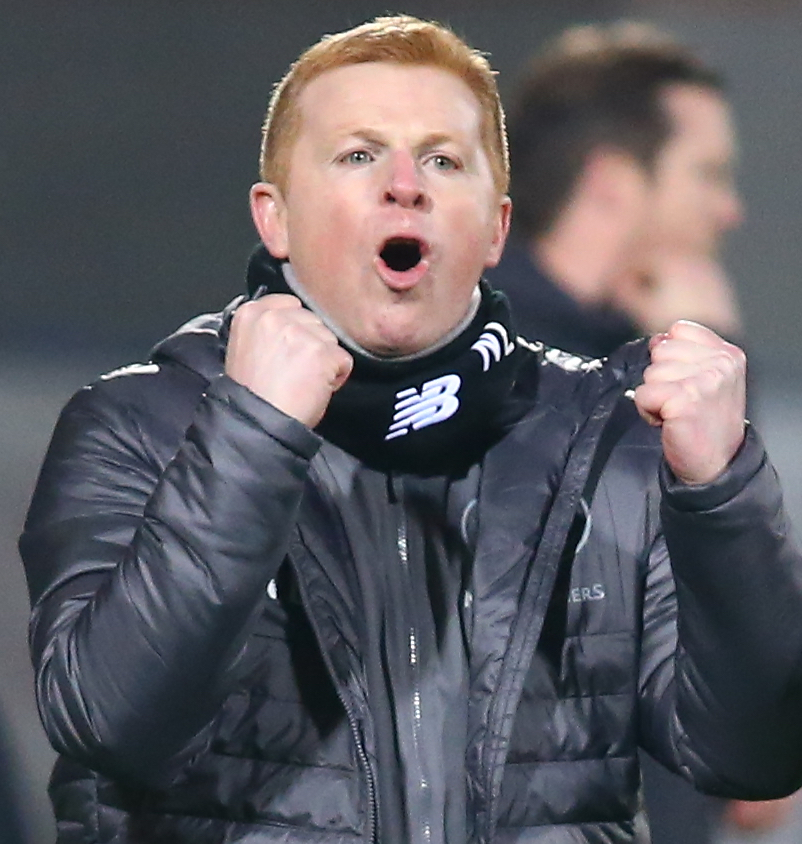 I’M IN CHARGE – FOR NOW…Neil Lennon celebrates the win at Hearts a week ago today.

Wilson, who played alongside Lennon and then under the Northern Irishman when he was boss, also reckons his former colleague should be given the manager’s role on a permanent basis, as CQN reported yesterday when John Hartson made the same sentiments.

He added: “I don’t see why not. He ticks all the boxes and if you give him the job now it gives him time to start thinking about it.

“I know he’s got a tough job right now with the semi-finals and the league.

“But Neil – like all top managers – will want to prepare for next season. He’s got a great track record with John Park (the former chief scout).

“I don’t know if that’s an option if Lee Congerton moves on, but they worked incredibly hard to bring in good players.

“He will want the opportunity to get to work, but Peter will be watching this very closely.”