PAUL LAMBERT is interested in taking over as Aberdeen’s new manager following the sacking of Stephen Glass at the weekend.

The former Celtic skipper will become a rival with his one-time Hoops team-mate Neil Lennon for the role which became vacant 24 hours after the Dons were knocked out of the Scottish Cup by Motherwell.

Lambert has not applied for the job, but he will be open for talks if the Pittodrie club were to make an approach, according to a report in the Scottish Sun.

The ex-Scotland international midfielder hasn’t managed in his homeland since his first post at Livingston in 2005. He quit the West Lothian club after winning just two games in six months. 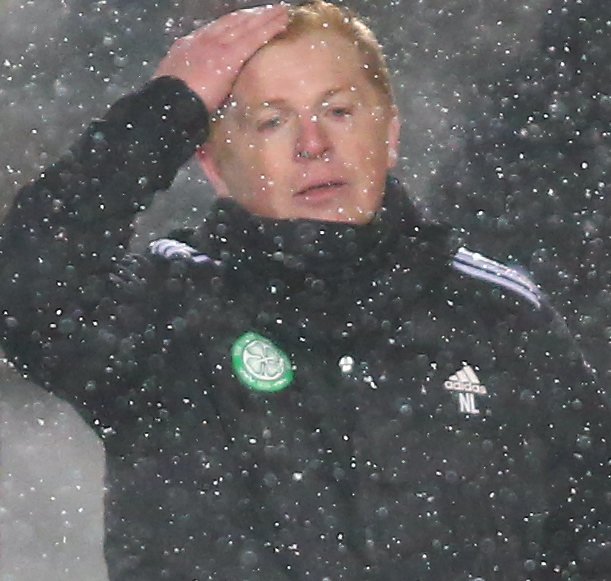 SNOW JOKE…Neil Lennon under pressure in one of his last games as Celtic manager, a 2-2 draw at Livingston on January 20 last year.

The 52-year-old one-time Hoops fans’ favourite made the managerial breakthrough in England with Wycombe Wanderers and Colchester, before taking Norwich City from League One to the Premier League.

Lambert also had stints at Aston Villa, Blackburn Rovers, Wolves and Stoke City and he most recently bossed Ipswich. He left that role in February last year.

Lennon, 50, has been out of work for almost a year after leaving Parkhead two days following a dismal 1-0 loss to relegation-threatened Ross County in Dingwall on February 21.

Dons chairman Dave Cormack axed rookie Glass after only 11 months in the post with the team sitting ninth in the Premiership.