While Timothy Weah was celebrating his third goal for the Hoops in the 2-0 success over St Johnstone in Perth, his team-mates were struggling, despite taking the lead through Angel Di Maria in the seventh minute.

However, Dembele, who left a bad taste in the mouth of his former fans when he left in a £19.8million switch just before the August transfer deadline, equalised in the first-half and then won a penalty shortly after the interval which was converted by Nabil Fekir.

The ex-Hoops hitman missed a clear-cut opportunity shortly after the PSG opener, but headed wide from a Memphis Depay cross. 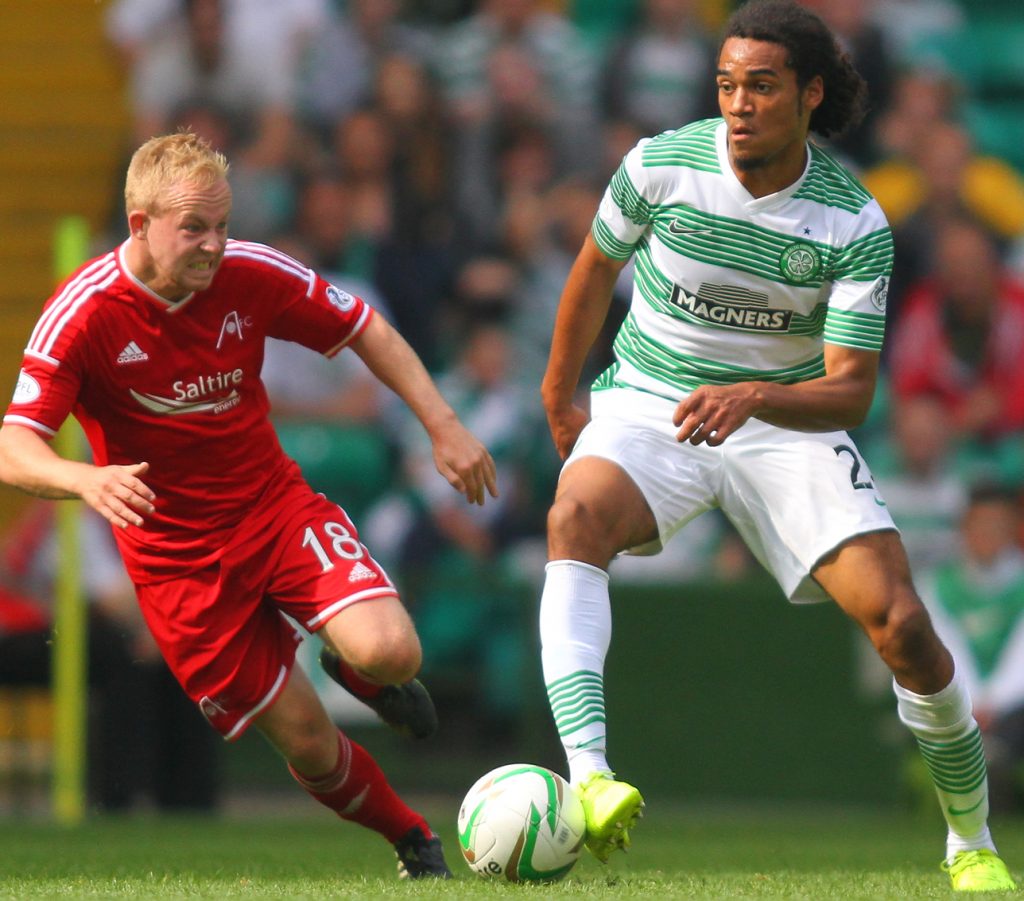 I’M IN CHARGE…Jason Denayer in action against Aberdeen during his one-season loan stint at Celtic. Pic: Geo.

However, he made amends in the 33rd minute when he was presented with another glorious opportunity after visiting keeper Alphonse Areola appeared to stumble as he came to take a cross from Leo Dubois.

Just before the interval, it was central defender Denayer to the rescue as the former loan Celt, who had a season at the club in 2014/15 from Manchester City, made a spectacular goal-line headed clearance to deny De Maria.

Dembele was involved again shortly after the turnaround when Thiago Silva was adjudged to have brought him down  just inside the area and Fekir made no mistake with the resulting penalty.

The result means PSG remain 10 points clear of Lille at the top of the table, with Lyon just three points further back after a third straight win.