NEWCASTLE UNITED may consider allowing Ki Sung-Yueng to leave for NOTHING – but that may still not tempt Celtic into making a move to bring the South Korean back to Parkhead.

St James’s Park boss Steve Bruce is reported to be keen to get the 30-year-old international midfielder off the club’s pay-roll before his contract expires at the end of May.

Ki is reported to be picking up a massive £60,000-per-week in wages and there is no way the Hoops will pay that sort of money, despite Neil Lennon revealing he is looking for experienced campaigners, as CQN reported earlier today.

The classy playmaker, who became a fans’ favourite at the Hoops when he arrived from FC Seoul in a £2.1million switch in August 2009, has featured just four times this season, most recently in the dismal 1-1 draw with Rochdale in the FA Cup last weekend. 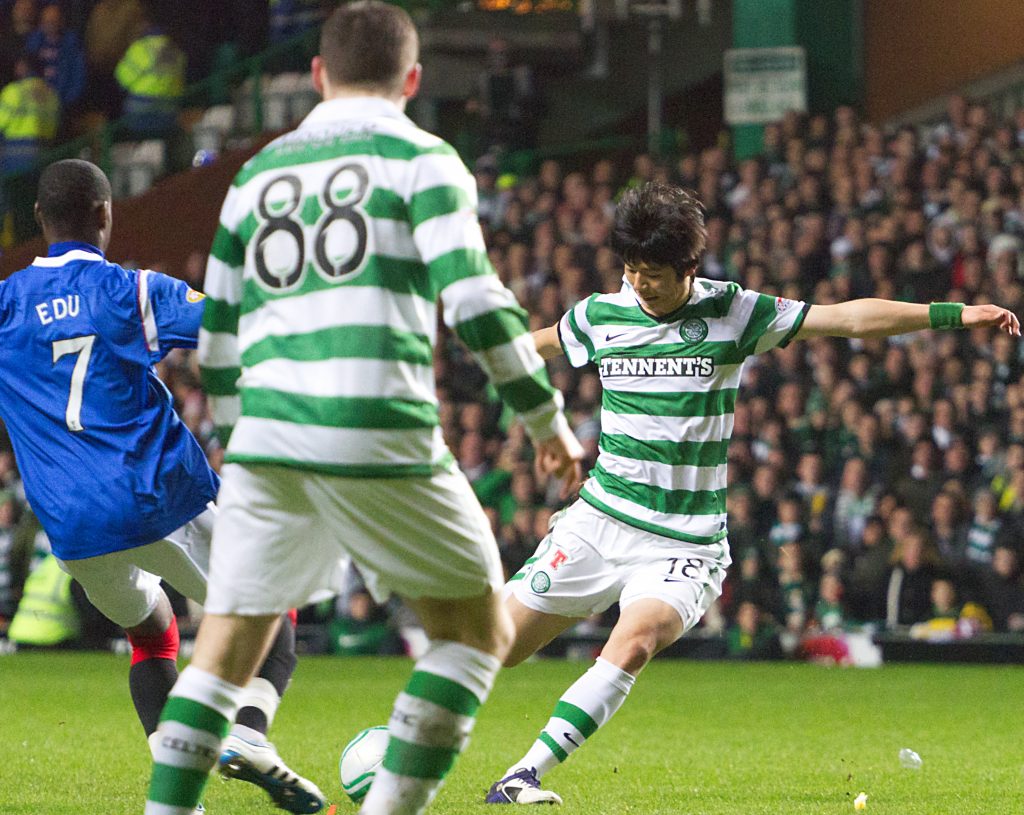 SMASH-HIT…Ki Sung-Yueng prepares to take shot at the Ibrox goal with Gary Hooper getting a close-up view.

Ki quit the champions in a £6million move to Swansea in the summer of 2012 before moving to Sunderland on loan for a season before returning to the Welsh outfit. He moved to Newcastle when his contract ended in June 2018.

He featured just 19 times under ex-gaffer Rafa Benitez last term and has failed to find a settled place this time out.

Originally, Bruce was looking for a knock-down fee for the player, but he could now be persuaded the best option would be to make Ki a free agent.

His wages, though, would be a problem for any interested club unless he takes a dramatic cut.