A TRIO of former Celtic players – David Marshall, Aiden McGeady and Ewan Henderson – are in the middle of a Hibs nightmare.

The ex-Scotland keeper, the Republic of Ireland winger and the Under-21 midfielder all played in the Edinburgh club’s 1-1 draw against Morton at Easter Road last night – and are now on the brink of a dramatic exit from the Premier Sports League Cup.

New boss Lee Johnson saw his strugglers booed off after a dreadful showing that saw them miss THREE penalties as they lost the spot-kick shoot-out 3-1 to the Championship club. 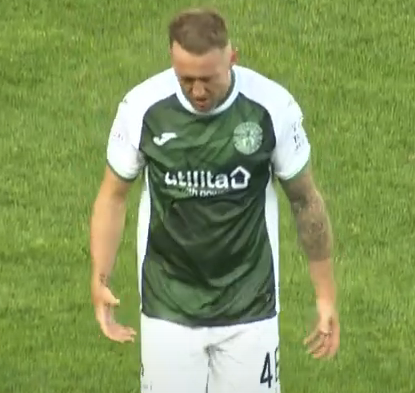 Now they require a sequence of shock results on Saturday to let them reach the knock-out stages as one of three best runners-up.

Hibs, who sacked former Celtic midfielder Shaun Maloney after only four months as manager, reached the League Cup Final last season and led Ange Postecoglou’s men for a brief spell after Paul Hanlon had headed past Joe Hart from a right-wing corner-kick six minutes after the turnaround.

The capital side had reached the Hampden showdown after routing their Ibrox opponents 3-1 in the semi-final when Martin Boyle thumped in a first-half hat-trick.

Now Marshall, McGeady and Henderson, who all agreed permanent deals in the summer, face an embarrssing early departure from the competition at the group stages. 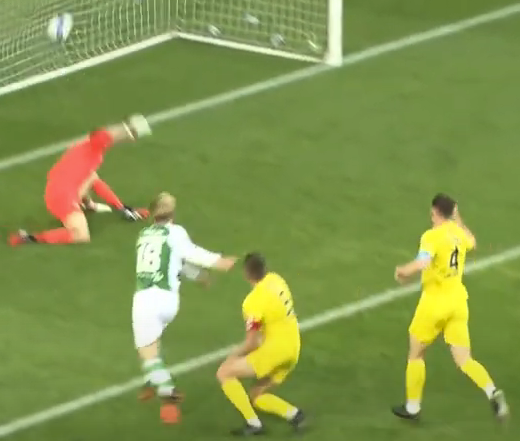 Former Sunderland manager Johnson, speaking to the Scottish Sun, admitted: “We have a very small lifeline now. We need Clyde to win at Falkirk if we’re to win the group, so it’s out of our hands.

“Everybody’s disappointed, because it hasn’t been good enough over these two games we’ve lost to Falkirk and Morton.

“But I’m willing to accept any criticism, because I accept this is a big club and I know what’s expected.

“I believe we can be very competitive come the first league game, but there’s a lot to work on.”

Johnson labelled Hibs “boring and mediocre” after their loss to third-tier Falkirk earlier in the group.

Marshall, 37, who agreed a two-year contract in the summer after quitting Queens Park Rangers, pushed away a shot from Jake Kabia on the hour mark and the rebound effort from Cameron Blues was blocked by Joe Newell’s hand.

Referee Euan Anderson immediately pointed to the spot and the veteran netminder was left helpless as Grant Gillespie drove home from 12 yards. 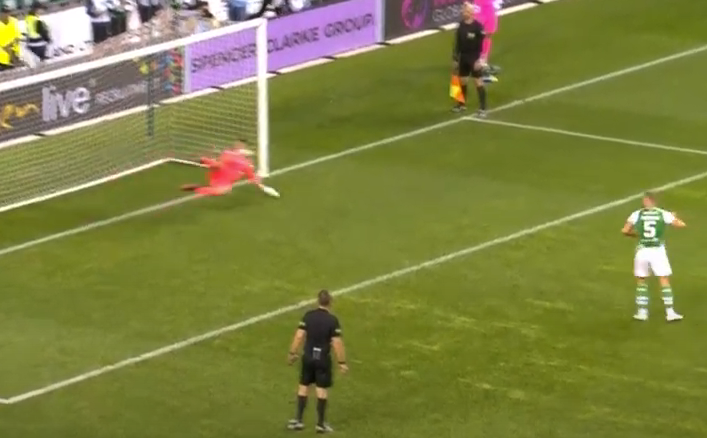 SPOT-KICK MISS THREE…Ryan Porteous fires the ball over the bar.

Ten minutes later, though, one-time Parkhead prospect Henderson, who joined the club on loan in January before sealing the switch earlier this month, levelled with a low effort past Cappielow keeper Brian Schwake.

That completed the scoring in actual play before the tie went to penalties and Henderson saw his attempt from the spot saved and McGeady was also denied by the Morton netminder.

Ryan Porteous blazed their third wildly over the bar to allow Kyle Jacobs seal the deal for the Championship outfit.