De Vries, who spent three years at Parkhead, is well aware of the talent Neil Lennonhas at his disposal as he prepares his team for a tilt at 10 successive ttitles – and a place in the history books.

The shotstopper, who also played for Dunfermline, Nottingham Forest and Wolves, is an interested spectator these days. But he knows what to expect from three players who will be at the forefront to hit the record books.

“He is technically excellent, and also has great awareness on the park. His game intelligence is exceptional and he carries out the tactical instructions perfectly.

“He is also very level-headed. He just wants to keep improving, always out on the training pitch wanting to get better and better. 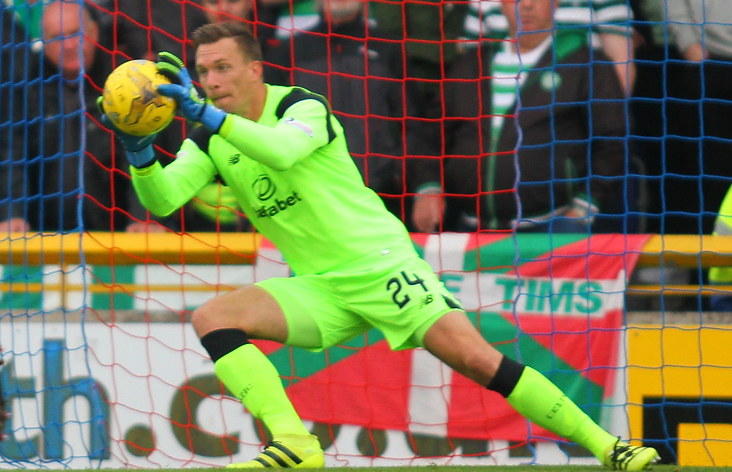 “Brendan Rodgers said that Callum is a coach’s dream and I can totally understand why he made that statement.

“You only need to tell him something once and Callum has the intelligence to carry out the instruction to the letter.”

The ex-netminder, who was signed by Rodgers after they had worked together at Swansea, spoke to the Sunday Post and added: “James Forrest is another player that I rate highly. For a wide player to score so many goals tells you what he has in his game.

“He can create chances from wide areas for his team-mates. But he is also effective at coming inside and linking the play inside the penalty box. Full-backs really struggle to contain him.

“When the likes of Callum and James have possession, it must be a dream for them to have someone of the calibre of Odsonne Edouard as their No. 9.

“He came to Celtic as a young man and his game has developed to a very high level.

“The way he stays calm and focused in games, and when he has chances to score, really impressed me.

“You just know that if you give him the ball in the box, then there at least an 80 per cent chance he will score.

“He also has wonderful game intelligence. He wants to be coached and wants to learn. It does not surprise me that clubs from England and abroad are interested in him. He is special.”