NEIL LENNON took time off from pondering why his team shed two points in the 1-1 stalemate with Kilmarnock to praise one of his players – new Bhoy Vasilis Barkas.

The £4.5million Greek international keeper was handed his debut at Rugby Park after sitting out the previous week’s 5-1 Premiership opening victory over Hamilton Accies with Scott Bain in charge.

Barkas was hardly asked to make a save against a defensive-minded home side who rarely ventured out of their own half and scored their goal after some sloppy play by Christopher Jullien gifted them a penalty-kick that was impeccably dispatched into the corner by Chris Burke.

The former AEK Athens netminder threw himself full-length to his left, but his valiant effort was in vain with the accuracy of the home side’s ex-Scotland international tucking the ball just out of reach. 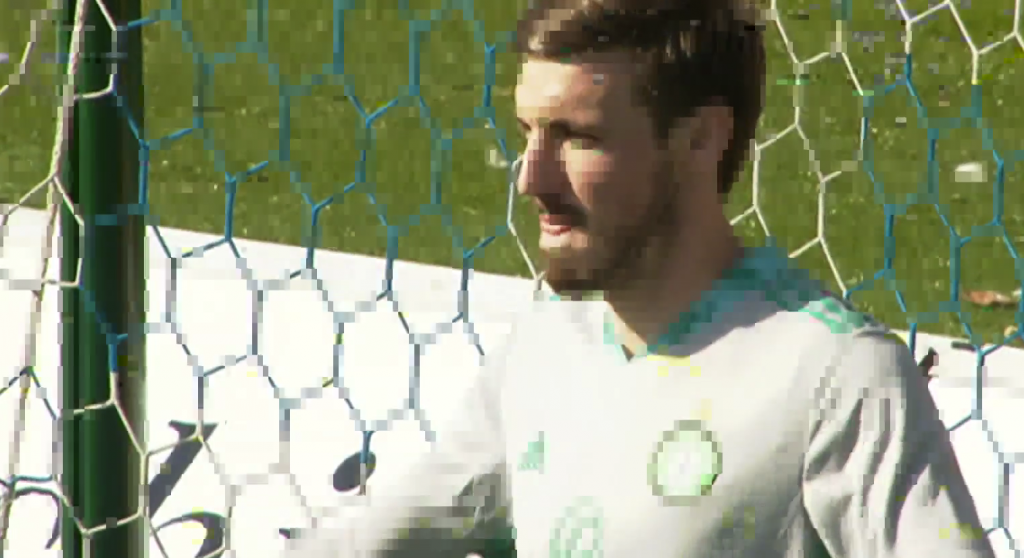 ON THE SPOT…Vasilis Barkas prepares himself for the Killie penalty-kick.

Lennon, though, witnessed enough during a frustrating 90 minutes to admit he was more than satisfied with the 6ft-plus newcomer.

The Hoops gaffer, speaking to the Daily Record, said: “I thought my goalkeeper was excellent.

“He was a concern before the game because of a new environment, making his debut, and I thought he handled it very very well and he was unlucky not to save the penalty.”

Lennon admitted the search will go on for recruitments as he continues to strengthen his playing resources for what will be a monumental campaign.

He added: “The squad is a little bit light compared to what it was at the end of last season, so I would yeah we are looking to bring a couple of bodies in. We are working away on a few things.”

A central defender to make up for the loss of Jozo Simunovic is high on his priority list as well as an additional striker to assist Odsonne Edouard.

STALEMATE – NO SPARK A RUGBY PARK