Celtic Quick News on News Now
You are at:Home»Latest News»EXCLUSIVE: ‘ANGE WILL SORT THIS OUT,’ INSISTS CELTIC LEGEND
By CQN Magazine on 1st August 2022 Latest News

The former Hoops player and manager admits he has been highly impressed by the way the Greek-Australian has gone about his business on and off the field, as CQN reported yesterday.

Hay named Japanese striker Kyogo Furuhashi as the pick of the bunch of the influx of new players after Postecoglou kicked off his squad rebuild with a verve and vigour in the summer.

And he further strengthened the squad as he prepared for his second campaign and the defence of the Premiership title with the £3.75million swoop for Argentinian left-back Alexandro Bernabei, Australian midfielder Aaron Mooy and Swiss keeper Benji Siegrist on permanent contracts with German central defender Moritz Jenz agreeing a season-long loan.

In another CQN EXCLUSIVE, Hay looks once again at the massive upheaval in the playing staff with Postecoglou also striking deals with Cameron Carter-Vickers and Filipe Jota following their impressive stints on temporary transfers from Spurs and Benfica respectively.

The club ambassador, speaking to Celtic book author Alex Gordon, who co-wrote the icon’s autobiography, ‘The Quiet Assassin’, said: “You have to applaud Ange for the way he has kept things ticking over.

“The slogan is ‘We. Never. Stop.’ and he is certainly living up to that. It was good to see the team getting off to a winning start against Aberdeen yesterday and it emphasised the work the boss has done in a relatively short space of time. 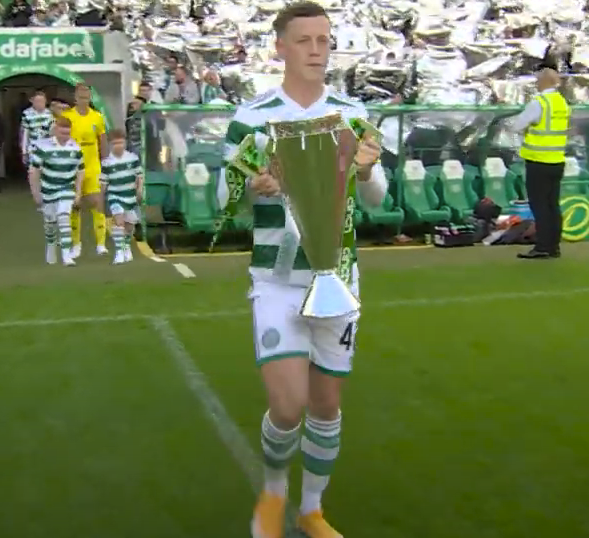 PARADISE…Callum McGregor carries the Premiership silverware as he strolls onto the pitch before the 2-0 win over Aberdeen at Parkhead yesterday.

“Exactly a year ago at the beginning of the league campaign, Celtic lost 2-1 to Hearts at Tynecastle. I thought they were dreadfully unlucky that day and I am not just saying that because of my obvious leanings.

“They scored what looked like a perfectly good goal which was ruled out by referee Bobby Madden and one of his assistants. I’m sure VAR would have overthrown that judgement.

“A goal at that stage would have put Celtic 2-1 ahead. And then John Souttar headed in the winner in the last moments from a dodgy free-kick on the left. So, the fates conspired to land a blow right at the season’s kick-off, but Ange refused to change his outlook and that, in itself, is praiseworthy.

“Five of the 14 players used that afternoon are no longer at Parkhead. Tom Rogic, Nir Bitton, Odsonne Edouard and Ryan Christie have moved on permanent switches while Ismaila Soro has gone on loan to Portugal. 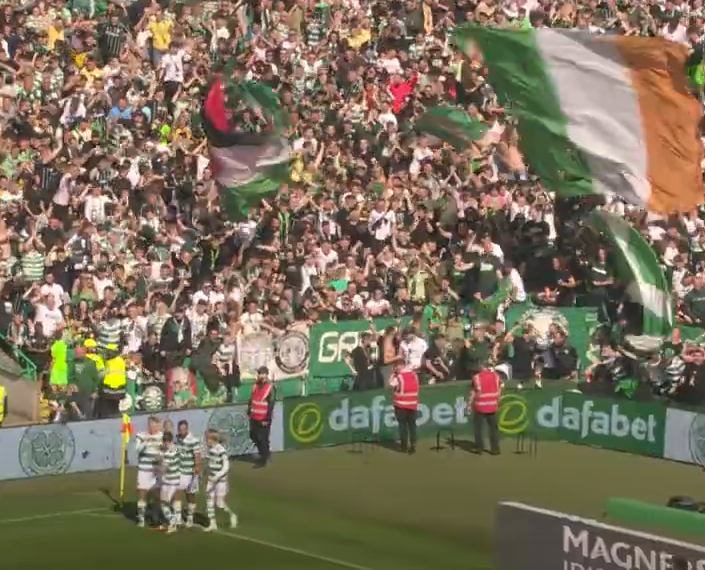 “Scott Bain was in goal in Edinburgh and he wasn’t even on the substitutes’ bench against the Dons with new Bhoy Siegrist obviously the preferred back-up to Joe Hart.

“Carl Starfelt made his debut against Hearts, but it would be unfair to judge him on his initial performance when you consider he had just arrived from Russia 48 hours earlier.

“Kyogo Furuhashi played for 10 minutes or so and there was no way you could even begin to judge his qualities considering he touched down in Scotland from Japan that morning.

“James Forrest started last year and was an unused substitute against Jim Goodwin’s side. Anthony Ralston. Liel Abada and David Turnbull were also in the line-up that kicked off in Edinburgh and they had to be content with substitute appearances yesterday.

“Callum McGregor and Greg Taylor were the survivors from Edinburgh. Coincidentally, I thought the skipper and the left-back were excellent this time around and both appear to be enhanced since the arrival of Ange.”

S-T-R-E-T-C-H…Kyogo Furuhashi just fails to make proper contact in front of goal and another chance is gone. 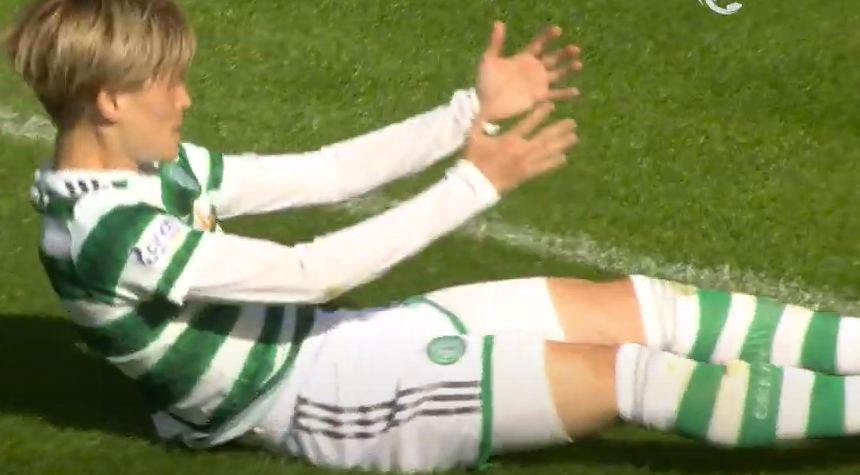 OOPS…Kyogo Furuhashi reflects on the one that got away.

Hay added: “There is much to admire in this squad and the manager is absolutely spot on in saying they need to be more clinical.

“I’ve played for and managed Celtic teams who have dominated games and somehow contrived to fail to win or lose because of the lack of a killer touch.

“Big Jock Stein used to drum it into his players to get a goal and score a second as quickly as possible afterwards.

“He was always wary of opponents sneaking one or a referee decision that could go against us. Plus there were other factors like a bad bounce of the ball, a mistake, a misplaced pass, some bad judgement.

“That can all contribute to the difference between three points or no points. Or one point. Celtic have got plenty of firepower at their disposal and I’m sure they will get their bearings as the campaign infolds.

“Ange will sort this out, sooner rather than later. “