BERTIE AULD is backing Leigh Griffiths to become a Ton-Up Bhoy today – if he gets his chance against Sevco Rangers.

The Lisbon Lion is a massive admirer of the striker who is only two goals short of the magical 100 for Celtic.

Auld insisted: “I’m certain Leigh will produce the goods if he gets the nod from Brendan Rodgers to play in this one.

“In recent Glasgow derbies, the manager has favoured Moussa Dembele when he has been fully fit.

“You can’t argue with the facts and the Frenchman has netted seven in two seasons against the Ibrox men which is good shooting.

“So, if Brendan is going with one man through the middle it will probably be Dembele.

“But I would love to see Leigh get his opportunity to get those goals that will put him onto three figures.

“Listen, he’s two away from 100 and I would take him to score two goals against ANY team. 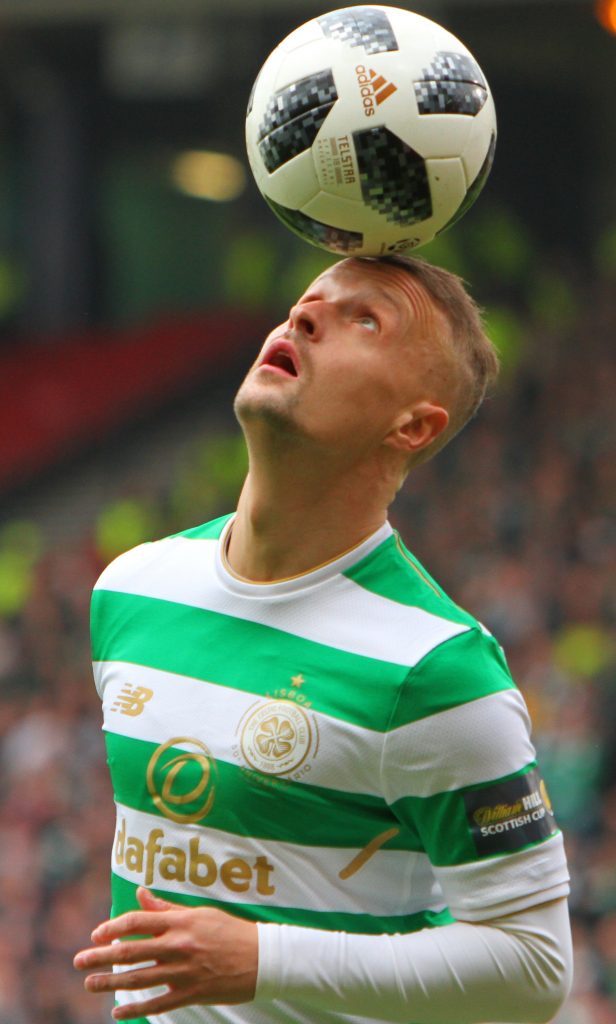 HEAD BHOY…Leigh Griffiths displays some ball skills at Hampden a fortnight ago.

“He looks a natural goalscorer to me and his movement all along the line is brilliant. He’s a real handful for defenders and, given sight of goal, he normally hits the target, at least.

“Could he play alongside Dembele as a striking partner? Why not? Both are good players and good players can fit into any system.

“They have paired off before and been a success. You only have to look back to last season’s League Cup semi-final against the Ibrox side.

“Griffiths came on for Tom Rogic around the 70-minute mark and it was his excellent run on the right and low ball across that was neatly turned in by Dembele near the end for the only goal of the game.

“That little glimpse of skill between them emphasised they have the ability to team up.

“It’s the manager’s call, of course, but it would be great to see Leigh get those two goals in the best of circumstances to join the Celtic century club.” 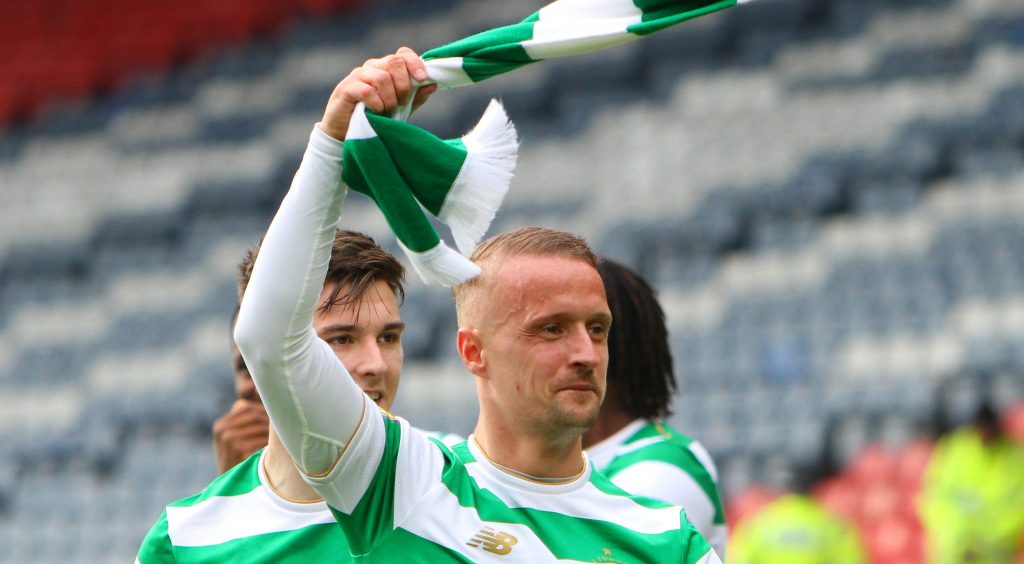 SCARF ACE…Leigh Griffiths celebrates after the 4-0 trouncing of the Ibrox outfit.