EVAN WILLIAMS was a worthy successor to the legendary Ronnie Simpson at Celtic after signing for his boyhood favourites in October 1969.

However, the keeper, who celebrated his 79th birthday last week, did not emulate the achievements of the veteran shotsopper with the Scotland international team.

Simpson made his debut at the highest level at the age of 36 when he was pitched in by new boss Bobby Brown to face England, then the World Cup holders, at Wembley in April 1967 – and marked the occasion with a win as goals from Denis Law, Bobby Lennox and Jim McCalliog gave the underdogs a 3-2 success. 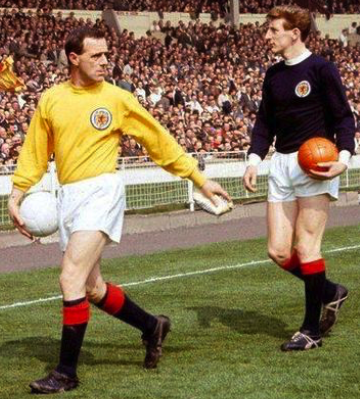 SCOTLAND THE RAVE…Ronnie Simpson, followed by Celtic team-mate Tommy Gemmell, walks onto the Wembley pitch for his international debut in April 1967. The veteran keeper celebrated in a 3-2 victory.

Williams never even got the nod to join a Scots squad which will remain one of football’s little mysteries.

Jock Stein, of course, had something to say on the puzzling matter.

The netminder left Third Lanark for Wolves in 1966, signed by a manager by the name of Ronnie Allen, who, according to Williams, “didn’t like Scotsmen, had no time for us.”

The club’s goalkeeping coach, Fred Davies, went to work on the shotstopper’s game.

He was loaned to Aston Villa, in England’s old Second Division at the time, where garrulous Glaswegian Tommy Docherty was in charge. 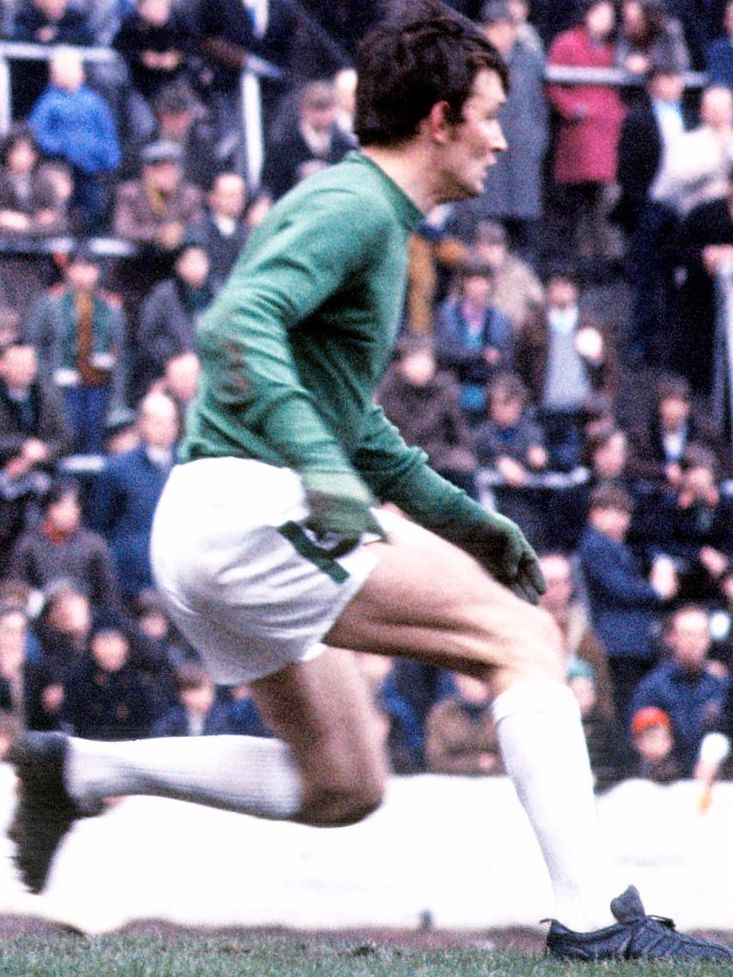 BHOY RACER…Evan Williams sprints off his line to deal with danger.

“The Doc was the complete opposite of Big Jock,” said Williams. “He always had to be the glamour man. He was always chirpy.

“When Celtic came for me he told me I was mad for wanting to sign for them and was annoyed I did. Later I reckoned I might have got a game for Scotland when he was appointed manager.

“However, on one occasion shortly after his arrival in the international job in 1971, I was with the Celtic squad at the Glasgow North British Hotel and he was there at the same time.

“We were talking in a lounge area when, in his typically blunt and forthright fashion, he informed me I was never going to be capped by him!

“Jock heard this and told him to get out the door. ‘Don’t you dare talk to my players like that,’ he said. ‘He’s already playing for the best team in the world’.