BERTIE AULD has hailed the inspirational qualities of Scott Brown in the midst of managerial upheaval at Celtic.

And the Hoops legend has even compared the skipper to his Lisbon Lions team-mate Bobby Murdoch.

Auld, 80, in an EXCLUSIVE interview with CQN, said: “The team needed a leader on the pitch after the dramatic turn of events with Brendan Rodgers leaving so abruptly and the club having to move quickly to bring in Neil Lennon.

“Obviously, it’s not what you need at this crucial stage of the campaign when the awards are being won and lost. 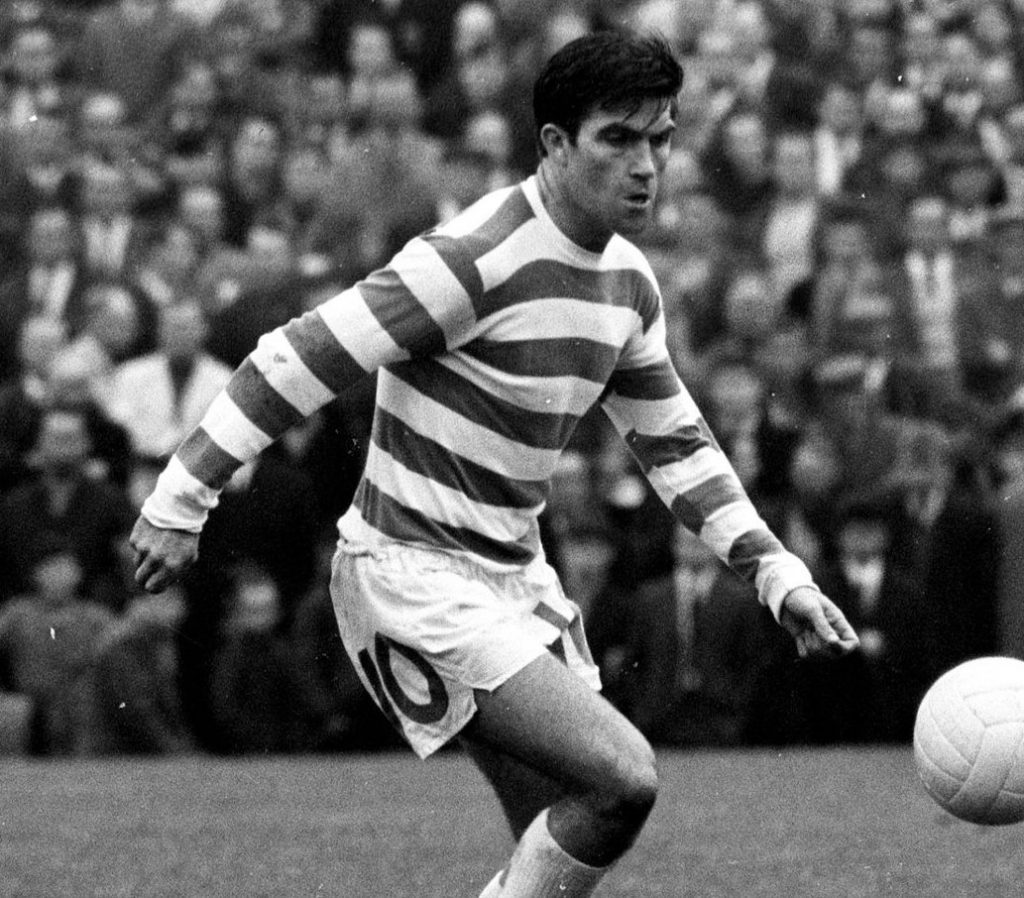 THE MIDFIELD MASTER…Bertie Auld in action.

“I was as surprised as anyone at Brendan’s decision to walk away and all I can say is maybe the strain was getting to him. Celtic is a highly-pressurised job and possibly two and a half years took its toll.

“Look, he did a phenomenal job, delivering seven successive trophies and there had to be a very good reason for him not hanging around and seeing out the job.

“Only he will know for certain, but he still left my old club in the lurch.

“Imagine Leicester City demanding that a manager leaves Celtic with only a few games of a crucial campaign to go. The world’s gone mad. But Brendan accepted their demands and he’ll have to live with that.

“But that’s when you need real Celtic men to stand up and be counted. I think that’s where Scott Brown must be applauded.

“I’m told he has been great with his team-mates and has been getting messages across to them.

“Brendan is in the past and Celtic have to take care of the here and now.

“Scott Brown is the type of player you urgently need in the trench alongside you.

“I thought he was immense against Hearts the other night. In fact, I can pay him no higher tribute than say he reminds me a lot of my old mate Bobby Murdoch – and I haven’t said that about too many other players. 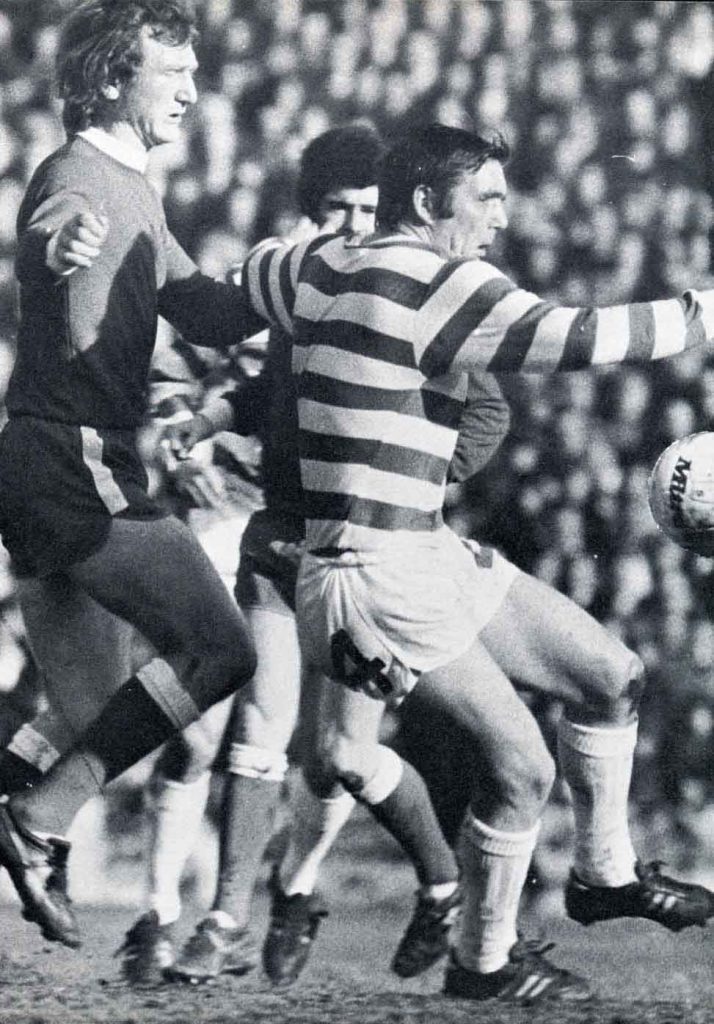 MURDOCH THE MAESTRO…Bobby Murdoch in the thick of it against Aberdeen’s Davie Robb and Steve Murray.

“Bobby was a real Celtic man and the club meant everything to him. If he thought anyone was slacking, he was on their case right away.

“I watched Brown at Tynecastle and he was exactly the same. He was everywhere, cajoling the players, leading by example, looking to help them in tight situations and generally putting himself out there.

“Hearts know what he’s all about, of course. They tried to curb him with a few players never too far from his side and all too ready to dig in.

“But the Celtic captain didn’t get involved and kept his focus on the game.

“And I can tell you Bobby Murdoch would have been proud of that pass that opened up the Hearts defence for Odsonne Edouard to score the stoppage-time winner.

“Hey, I would have been delighted to call that one of my own!

“He kept his head up, maintained his composure and lofted the ball right into the tracks of Edouard.

“Thankfully, the Frenchman has the quality to hit such a pass on the volley and the ball was in the net before the keeper could move.

“Suddenly, one point became three and that could be vital at the end of the season.

“Above all else, through a fair bit of turmoil off the field, Scott Brown has undoubtedly proved two things – he is a leader AND a winner.”