The seventh-highest marksman in Parkhead history with 189 goals reckons the hitman should have made a real impact on the scoring records at the club.

In a CQN EXCLUSIVE, Yogi, now 78, tells author Alex Gordon, whose fifteenth book on Celtic, ’50 Flags Plus One’, is on sale now, that Griffiths could well look back and rue the last three years in the east end of Glasgow.

Hughes said: “I read with the greatest of interest that Leigh Griffiths is refusing to accept his Celtic career is over after agreeing a season-long loan deal at Dundee. 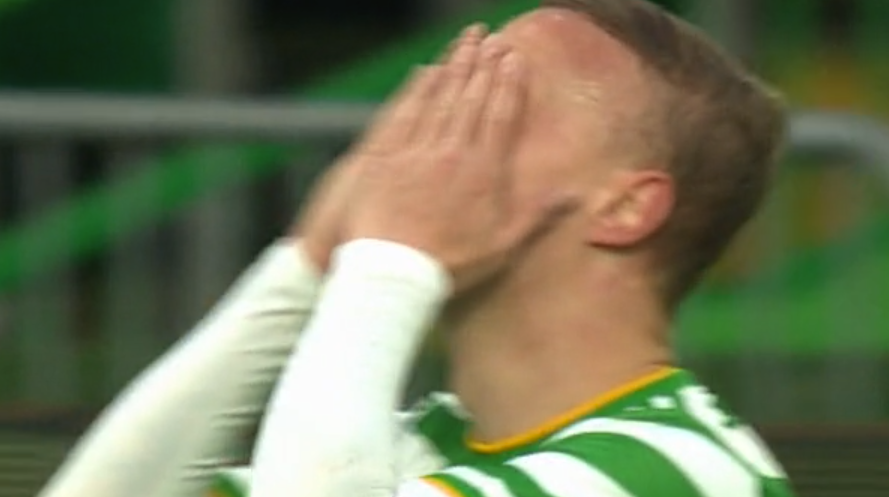 OH NO…Leigh Griffiths can’t hide his disappointment after a miss.

“As far as I am aware, the striker is under contract at my old club until June. His temporary period at Dens Park will be completed the previous month and, unless he contributes something sensational, it’s difficult to envisage him being offered new terms by Celtic.

“Leigh is a natural goalscorer, as I have stated often enough, and I wished him all the best when he netted his 100th goal for the club against FK Sudova in a European tie in August 2018.

“Back then, I urged him to go on and overtake my haul of 189. Records are there to be broken and I really wanted him to pile on the goals for Celtic and shoot up the charts.

“However, Leigh has added a mere 23 goals since hitting that milestone. Yes, I am aware of the off-the-field personal issues that disrupted his progress, but, even allowing for that, his record over the past three years is not quite awe-inspiring for a forward at Celtic.

“Over that period, he has collected a mere 25 goals and, clearly, that is not good enough. 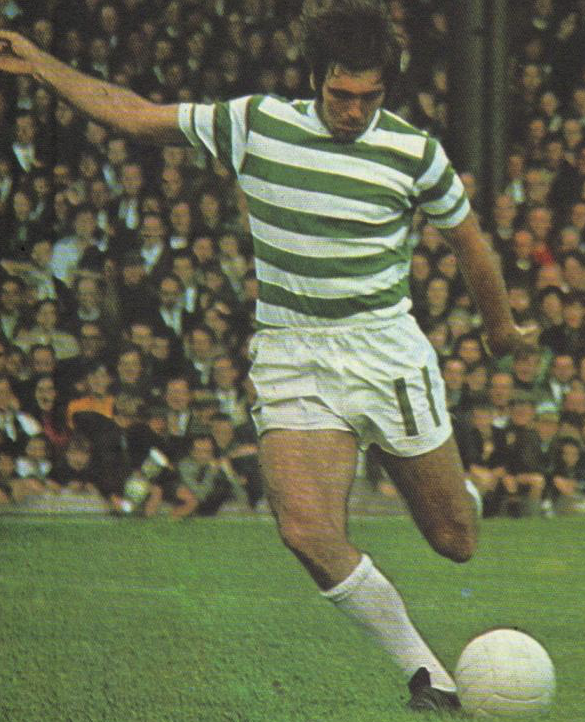 YOGI ON THE RAMPAGE…John Hughes prepares to fire in a left-foot drive.

“Listen, we ‘re talking about a player who scored 40 goals in Ronny Deila’s second season. That is a superb achievement, but the dip in the scoring rate is equally alarming.

“There fact he did not play an entire 90 minutes in any game last season also tells its own story. You have to question the guy’s fitness levels if neither Neil Lennon nor John Kennedy could trust him with a full game.

“And Ange Postecoglou hasn’t even utilised him for one minute of competitive action since he arrived. The new manager has given a place on the substitutes’ bench to Albian Ajeti in preference to Griffiths. This is a guy who has scored only six goals for the club since his £5million arrival from West Ham over a year ago.

“In my day, left-back Tommy Gemmell would regularly wallop in double figures and that does not include penalty-kicks.”

Hughes, who played in five of the team’s historic run to Lisbon and the unforgettable European Cup success in May 1967, added: “I was 28 when I left Celtic for Crystal Palace.

“I didn’t want to go, I had supported Celtic all my life and I continue to do so, but there was no arguing with Jock Stein once he made up his mind. 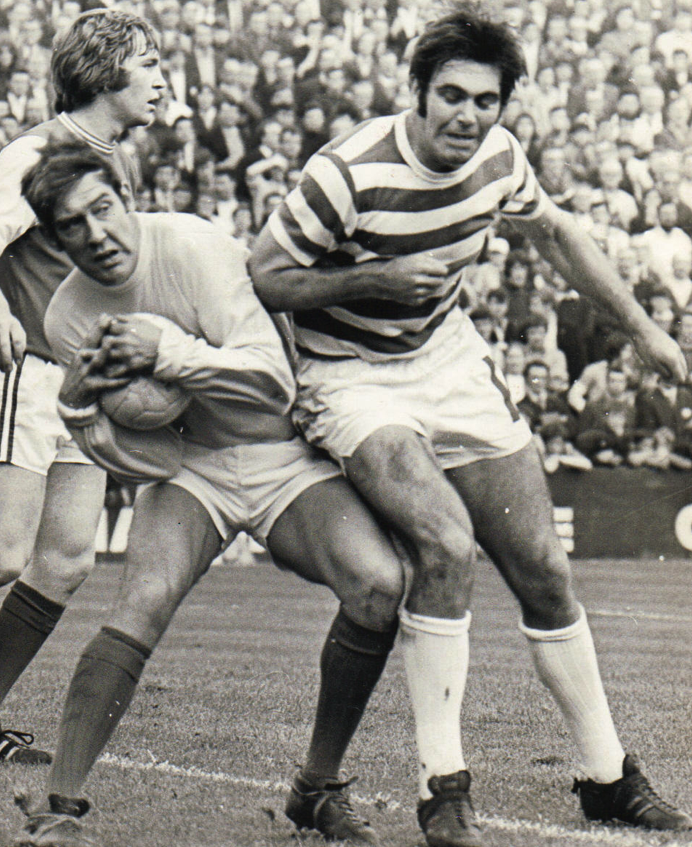 “I was expendable and I was packed off to London. Leigh Griffiths is three years older than me at that stage. How I would have wished to have had another three years as a Celtic player.

“How many goals could I have scored during that period? There are so many variables in football that it is impossible to predict anything with any degree of accuracy.

“Injuries, loss of form and so on have to be copied in to the many factors to be considered. However, if I had stayed fit, I think it would be a fair guess to say I would have scored between fifteen and twenty goals, at least, per campaign.

“Griffiths had the opportunity to get among the goals over the past three years, but hasn’t managed more than 25 strikes, not even averaging nine a season.

“He may well regret not adding to that tally when the day comes to hang up his boots.

“I hope that is a long way off for a player who has given me such pleasure while sitting in the stand at Celtic Park.

“But it could be that we have seen Leigh Griffiths score his final goal for the team and that is quite sad.”