THE fear of becoming a jobbing manager will drive Eddie Howe into the arms of Celtic.

The 43-year-old Englishman has been out of work since leaving Bournemouth at the start of August. You can be certain he has had numerous job offers in the intervening eight months.

It is only now, though, he is showing an interest in returning to the dug-out. The lure of managing a club with the history of Celtic is too good to turn down.

There are some details to be thrashed out, but it will be something of a seismic shock if Eddie Howe is not the man in charge when next season arrives.

Author Alex Gordon, who has written fifteen books on Celtic including the most recent ’50 Flags Plus One’, is adamant one crucial ingredient will lead the bright young coach from the solitude of the south coast to the clamour of Glasgow.

Alex, speaking in another CQN EXCLUSIVE, said: “I have friends in the footballing fraternity who are very close to Eddie Howe.

“They have known and worked alongside him for years. They know what makes him tick, they know the motivational factors that drive him. 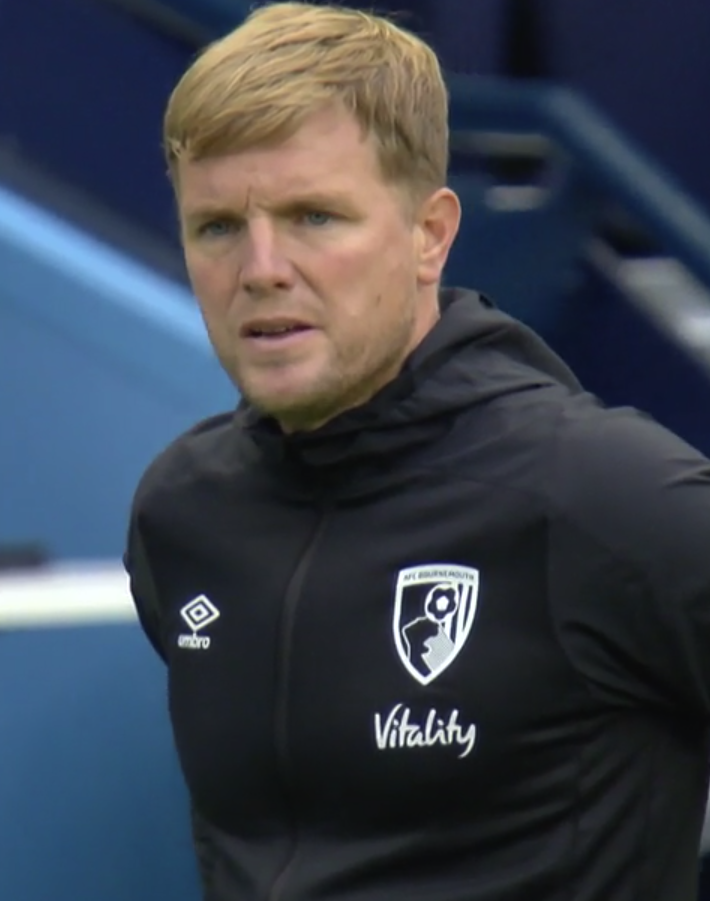 CONCERNED…Eddie Howe looks worried as he watches Bournemouth in action.

“Howe has seen other managers moving from club to club without making a dent. He has no intention of becoming a jobbing manager.

“He spent eight years at Bournemouth until he left in the summer. He left a massive imprint on the club. Howe arrived when the team were toiling in the depths of the third tier and he dragged them into the top flight.

“During those seasons of extraordinary transformation at a club with a crowd capacity of 13,000, he was linked with several high-profile posts, including the England international manager’s job that went, of course, to Gareth Southgate when the FA elevated him from his role with the Under-21 side.

“There was a genuine interest in Howe from within the FA at the time. Arsenal, too, have been credited with an interest when Arsene Wenger was coming to the end of his amazing tenure at the club. Spurs have also looked at him over the years before going for the seemingly more prestigious Mauricio Pochettino and Jose Mourninho.

“There is no way Eddie Howe could compete with these illustrious individuals when it comes to craving the spotlight. If anything, he has been happy to work outwith the confines of the game’s publicity machine.

“He has no intention of competing on the stage with Frank Sinatra. That is not his strength, it is not his idea of soccer Valhalla. 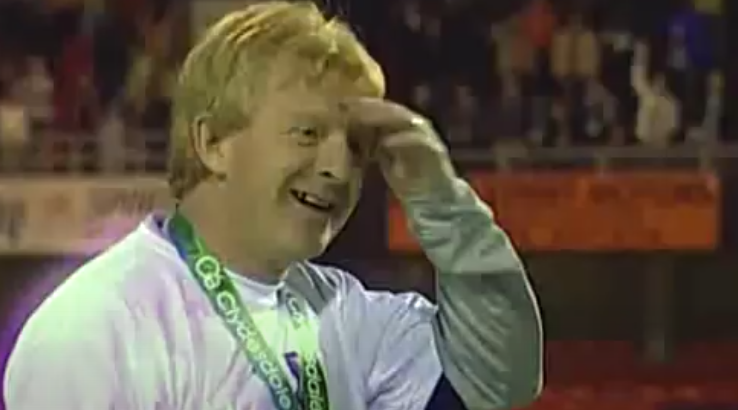 “At the same time, however, he is determined to be tested at the pinnacle of the game. Howe has no intention of allowing the opportunity to tick all the important boxes pass him by.”

Alex continued: “No disrespect to Paul Lambert, but he has not put down his imprint at any of the clubs he has managed. There will be reasons for that, including, naturally, trigger-happy chairmen and impatient directors.

“It doesn’t seem that long ago that Paul’s name was cropping up with regularity when there were rumblings at Celtic, the club he served so well as a player.

“It is highly unlikely the opportunity will arise in the future, although, of course, it is always dangerous to say never in this game.

“Paul started his managerial career at Livingston before heading for Wycombe Wanderers, Martin O’Neill’s old haunt, and then onto Colchester. In succession he has been with Norwich City, Aston Villa, Blackburn Rovers, Wolves and Stoke City before leaving Ipswich Town earlier this year.

“It’s an impressive list of clubs willing to hire you and pin their faith in you. However, as a team boss travels along the conveyor belt, he picks up the tag as a jobbing manager.

“There are so many out there. Eddie Howe has no intention of taking that route on his football journey.

“Celtic are not a club for a jobbing manager. The Celtic job will give Howe the opportunity to test himself at a level at which he has yet to operate.

“There is an unrelenting pressure that comes with the job. Gordon Strachan and Neil Lennon were both successful Celtic managers.

“Strachan, who followed the iconic Martin O’Neill, won the Premiership three times in his four seasons while Lennon did so in five of his six, spread over two spells. 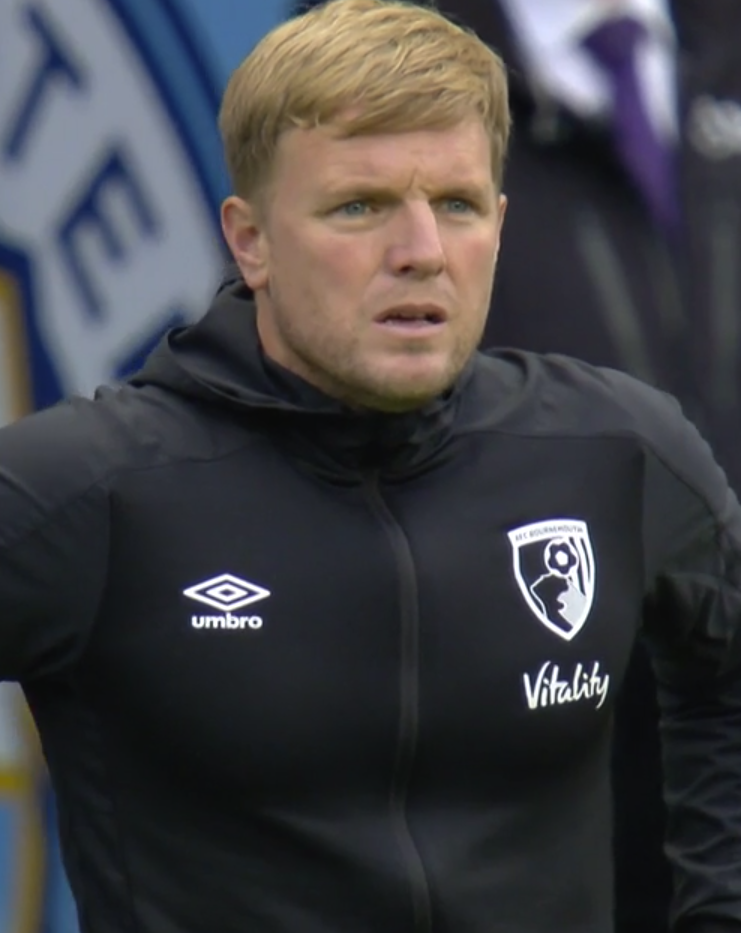 CONCENTRATION…Eddie Howe is transfixed as he takes in the action.

“Stress awaits around every corner for the Celtic manager. Lennon spoke of the toll the job took on his mental health and Strachan admitted to giving himself pep talks in the car on the way in to training. He confided: ‘The first person you saw every day was the security guard and I had to have a smile on. If I didn’t, it would spread’.

“This is an entirely different ball game from what Howe has encountered at Bournemouth. That post brought its own exhausting demands, of course, but Celtic are a step up. Victory is demanded, it’s not all about survival.”

Alex added: “Eddie Howe could remain in England. Sheffield United? Reports indicate he was high on their wanted list as soon as they parted company with Chris Wilder.

“Crystal Palace? Veteran gaffer Roy Hodgson is on the tightrope and could topple in the summer. I am aware the Selhurst club admire Howe and it would be difficult not to when you look at what he achieved on the south coast.

“What challenges would face Howe at Sheffield United and Crystal Palace? Much the same as the one he faced at Bournemouth. Reasonable football, a few smattering of remarkable wins against the elite six and, possibly, a top half finish?

“And then what? Onto another club with the identical scenario? Eddie Howe has been quoted as saying: ‘I want to look back and say: You achieved something memorable’.

“Managing Celtic is that challenge to do something memorable. And Eddie Howe knows it.”