Auld, 80, agreed with the assessment of the Irishman and said: “I know from personal experience that sometimes the middle of the park can become a battleground in these games.

“Every ball is there to be won and no-one can shirk a challenge with the respective support expecting so much from their team’s players.

“Bobby Murdoch and I had a marvellous rapport in midfield and we really looked forward to these confrontations.

“You went into them in the certain knowledge that you were going to take a couple of dull ones from the opposition.

“Back then, Rangers were a big and physical team. I made my derby debut in a Glasgow Cup-tie in 1957. I was playing at outside-left and I was up against the legendary Geordie Young.

“He really was an icon, captain of club and country, and a monster of a man. But he played me fairly that day which is not something I could say about certain other Rangers players over the years.

“Not for nothing was another ex-Gers skipper, Bobby Shearer, nicknamed Captain Cutlass!

“The finer points of football can simply vanish in the hurly-burly of these encounters.

“However, I have to say I have been impressed with what I have seen from McGregor in these games and I can see why the manager would single him out for special praise.

“Listen, we know Scott Brown can look after himself in a Glasgow derby. He’s a brash character and is the leader of the band on matchday.

“The captain is 33 in June and he has experienced football at the very top with club and country.

“Hopefully, all that is ahead of McGregor, who, remember, is still only 24 and has just broken into the Scotland international set-up.

“He will need to take care of himself on Sunday because there is little doubt the Ibrox lads will be fired up for this one.

“There is no way they will want to be turned over again by Celtic and you better believe the hiding they took in the Scottish Cup semi-final will still be raw.

“Graeme Murty will be absolutely determined his men will go out on the Parkhead pitch with the correct attitude. There is no way they will want to be bit-part players in a Celtic title party.

“That could tip a few of them over the edge.

“I hope it is a game we can all enjoy, but sometimes the tension on the terracings can get through to the players on the pitch.

“A ball-player such as McGregor will look for protection from the referee, so Craig Thomson will have to be firm and in control throughout in an effort to allow the action to flow.

“I am not inferring the Ibrox lads will be excessive in their challenges on the Celt, but the way he plays, with superb close control, it can often attract a robust tackle.” 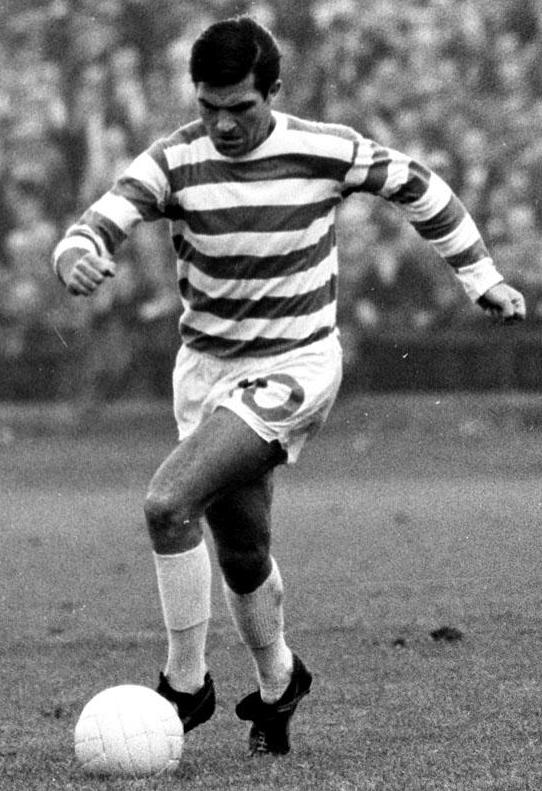 Auld, who masterminded so many triumphs in the Jock Stein glory years, added: “I was in the Celtic team that won our second successive league title at Ibrox in 1967.

“We got the point in a 2-2 draw that we knew would earn the flag, but, my goodness, did we have to work for it that day.

“John Greig and his team-mates were up for a real battle that afternoon. I recall it had been raining heavily overnight and it was incessant all the way through the 90 minutes.

“But both sets of players dragged themselves through the mud to produce a real humdinger of a contest. We were all soaked through and someone joked we would have been better off wearing flippers rather than football boots!

“But we got the job done, irrespective of the conditions. We were a goal down at one stage, but Wee Jinky Johnstone levelled and then put us ahead with one of the most spectacular efforts I have ever witnessed.

“Rangers, though, were resolute and came back to get a late equaliser and a share of the points.

“Later that month, we won the European Cup against Inter Milan and they lost 1-0 in extra-time to Bayern Munich in the Cup-Winners’ Cup Final.

“So, we were talking about two very good Celtic and Rangers teams back then.

“Possibly the quality of those two sides from yesteryear may not be so evident at the weekend, but the combativeness surely will.”