JOHN ‘YOGI’ HUGHES insists Celtic will NOT make the same mistakes against Livingston today that saw them lose 1-0 at the same venue earlier in the campaign.

Remarkably, Ange Postecoglou’s side have not scored in two games against the same opponents this season following the defeat on the treacherous plastic pitch in September and the scoreless stalemate at Parkhead a month later.

The Hoops striking great, seventh-highest goalscorer in the club’s history with 189 goals, has already stated in CQN he believes his old club WILL win the Premiership.

In another CQN EXCLUSIVE, Hughes, speaking to author Alex Gordon, who co-wrote the fans’ favourite’s autobiography, ‘Yogi Bare: Life and Times of a Celtic Legend’, said: “Ange Postecoglou has already stated his team has evolved a fair bit since the start of the season and the evidence is there for all to see in the statistics.

RED ALERT…Stephen Welsh allows Andrew Shinnie to move off him in the penalty area.

DANGER FLASHING…the Livingston is given time and space to hammer a shot at goal.

THAT SINKING FEELING…Joe Hart is helpless as the ball hits the net for the only goal of a rugged confrontation.

“Back in September when we lost at their place, it was a bit of a journey into the unknown for a lot of the Celtic players.

“Just take a look at the starting line-up that afternoon and the amount of individuals who would have been attempting to perform on that threadbare surface – Joe Hart, Josip Juranovic, Cameron Carter-Vickers, James McCarthy, Liel Abada, Albian Ajeti and Filipe Jota.

“It was probably a bit of a culture shock for all of them. Plus Boli Bolingoli also played that day after being completely out of the picture for over a year after his secret trip to Spain while ignoring strict government Covid protocols.

“The players were still getting to know each other and you have to say Livin took full advantage.

“They scored through Andrew Shinnie in the 25th minute when Stephen Welsh committed the cardinal error of allowing his opponent to run off him in the box. It was a good finish from the Livi player, but it must have made for x-certificate viewing for the young Celt when he watched it again. 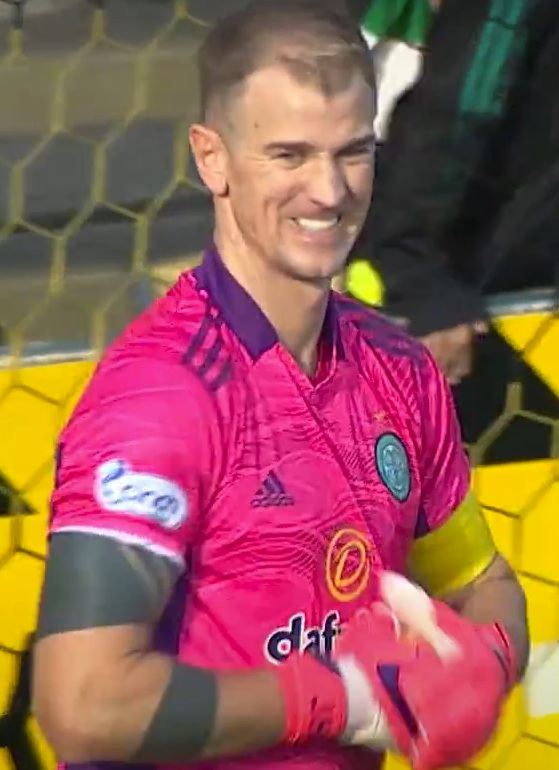 LOOK BACK IN ANGER…Joe Hart is clearly unhappy at the loss of the goal at Livingston.

“As I recall, Hart, who was captain for the day in the absence of injured skipper Callum McGregor, also made two very good saves in that game, one from Alan Forrest, brother of James. It was all smash-and-grab stuff from Livi who played exactly as we knew they would.

“At one stage near the end of the contest, Carter-Vickers was up with the attack on the edge of the box and I noted that EVERY home player was in the box. It was a formidable barrier and the shot from the defender was charged down.

“If Livi go ahead today – God forbid! – we can all anticipate some of the same. They will not be one bit bothered about adding to the entertainment value of the game. They will be there to get three points and they will play in the manner in which they are comfortable.”

Hughes, now 78, added: “These guys know what they are all about, recent results surely underline that fact. 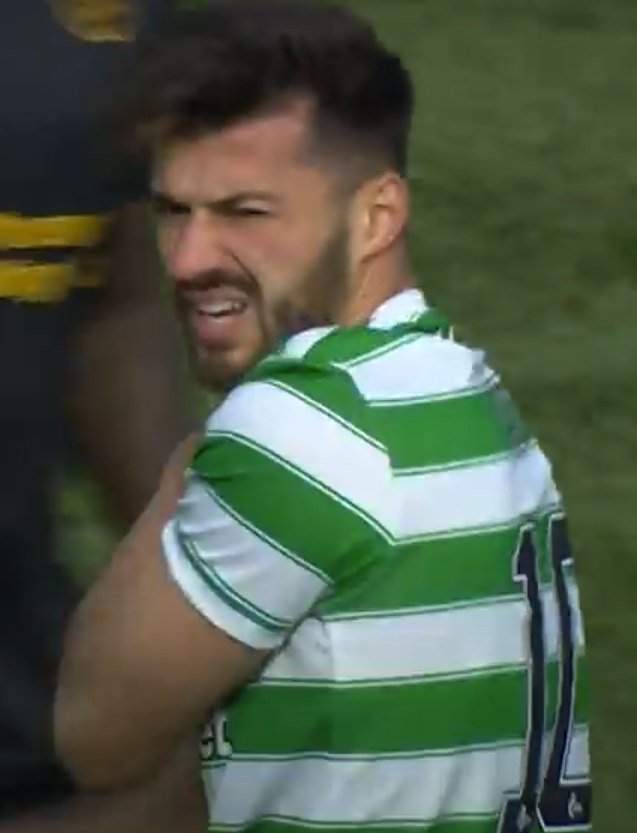 PAIN GAME…Albian Ajeti winces after being floored early in proceedings.

“In the game in September – in only Ange’s sixth league match in charge – they clattered Ajeti twice early in proceedings. The Swiss striker certainly didn’t like that sort of attention.

“And we must hope for a strong referee with a wee bit of savvy, too. The Livi guys will not be slow to go to ground in areas where a free-kick will bring danger to the Celtic defence.

“I remember Juranovic merely touching a Livi player in the first-half of that match. There was no push or pull, just a touch in what is a contact sport, after all.

“His opponent went down as though he had been hit by an invisible express train. He rolled around on the touchline and, of course, the match official bought the obvious dive.

“When I see things like that, I just hope the guy doesn’t get caught up in any commuter rush or Christmas shopping. The poor fragile wee soul will spend an awful lot of time rolling around pavements and suchlike if anyone happens to brush against him. 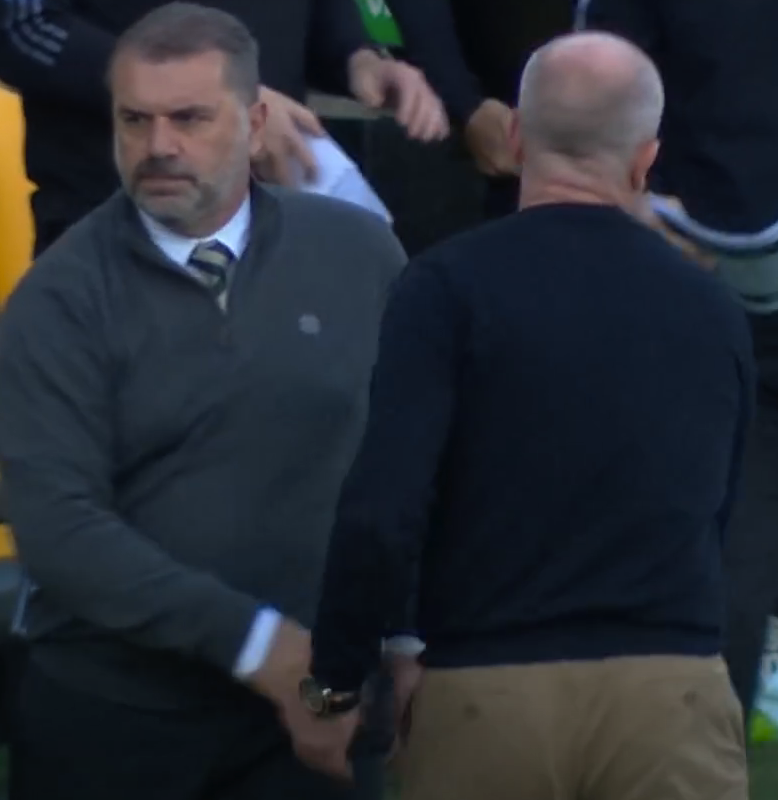 “By the way, only a superb reflex save from Hart prevented a second goal in that instance after the set-play from the left was met by a Livingston head and the effort was zooming in on target until the experienced keeper produced an excellent stop to flick the attempt over the bar.

“So, we have to hope lessons have been learned from that last visit. I’m sure they will have. Ange will have spotted the dangers that lurk on this ground.

“Unlike September, we are not going into the unknown on this occasion. Celtic know what to expect. We cannot afford to be intimidated. Livingston is not for the faint-hearted.

“Three points are a must. And an early goal would be most welcome.

*TOMORROW: BIG YOGI WILL BE BACK WITH ANOTHER EXCLUSIVE.

* PLUS: DON’T miss the unbeatable match report from Livingston v Celtic this afternoon – only in your champion CQN.