Celtic Quick News on News Now
You are at:Home»Exclusive Series»EXCLUSIVE: ‘THE DAY I GOT TO PLAY WITH THE LIONS’: EVAN WILLIAMS TELLS ALL (Part Five)
By CQN Magazine on 19th July 2022 Exclusive Series

EVAN WILLIAMS made history on May 1 1971 when he played in the final appearance of the Lisbon Lions.

Jock Stein decided to look to the future as the European Cup-winning team of four years earlier was now breaking up.

Ronnie Simpson, at the age of 41, would say farewell to the Celtic support in front of a curtailed audience with reconstruction work taking place at the stadium and the crowd restricted to 35,000.

The veteran keeper got the nod to start the game against Clyde as the curtain came down on another successful league campaign. 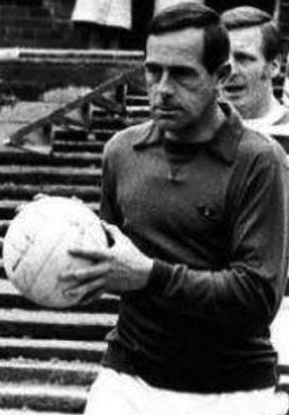 THE FINAL FAREWELL…Ronnie Simpson leads out Billy McNeill and the team in the last appearance of the Lisbon Lions at Parkhead on May 1 1971.

It was an emotional afternoon in the sunlit east end of Glasgow – and Williams was on alert to take over in goal from the iconic Simpson whose glittering career had finally been brought to a halt by a persistent shoulder injury.

The remarkable netminder joined in with his Hall of Fame team-mates as they took their collective bow in the middle of the park.

Williams recalled: “From the kick-off, Willie Wallace passed to Stevie Chalmers and the ball was knocked back to Ronnie who booted the ball out for a shy.

“Then the boss signalled for me to replace Faither, as Ronnie was known, and, as I always like to tell folk, that was the day I got to play with the Lions.” 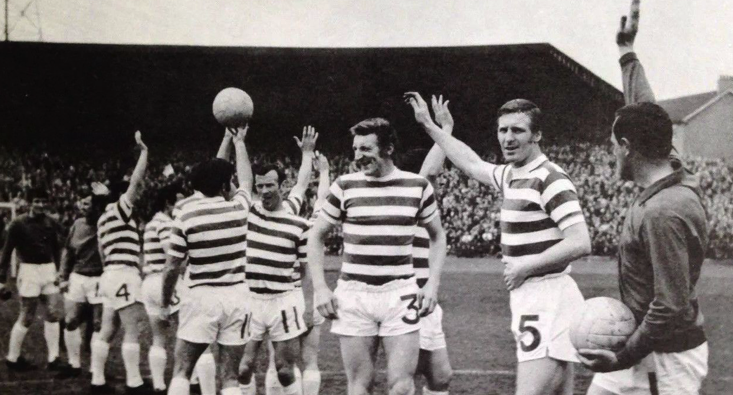 WAIT FOR IT…Evan Williams (extreme left) lines up with the Lisbon Lions as they wave to the fans before their last hurrah in the east end of Glasgow.

THE FINAL SAY…Lisbon goal hero Stevie Chalmers brings down the curtain with the final strike in the 6-1 win over Clyde as he smashes a shot past stranded Clyde keeper Tommy McCulloch.

Chalmers, the matchwinner in the unforgettable 2-1 European Cup Final triumph over Inter Milan in the Portuguese capital on May 25 1967, claimed the final goal while Bobby Lennox lashed in a hat-trick and Willie Wallace added a double against the Shawfield outfit.

Williams has always insisted he never ousted the great Simpson from the team, but fate stepped in to have its say. He stressed: “Ronnie was helped off in a League Cup semi-final against Ayr United the day I signed and that was him finished.”

Celtic were evolving and players such as Harry Hood, who netted 33 in the sixth successive title win in 1970/71, and Tommy Callaghan had been bought by Stein while the youngsters nicknamed The Quality Street Gang were pushing for places in the first team.

Kenny Dalglish, Davie Hay, Danny McGrain, Lou Macari and George Connelly were among those forcing their way into the thoughts of their manager.

Stein arranged a match between the Lions and his talented kids every Wednesday.

Williams recalled: “They often beat us, one time 4-0.”