Celtic Quick News on News Now
You are at:Home»Latest News»EXCLUSIVE: WILL THE REAL ODSONNE EDOUARD PLEASE STAND UP? PLEA FROM LEGEND
By CQN Magazine on 31st October 2020 Latest News

WILL the real Odsonne Edouard please stand up?

That’s the question posed by Celtic great John ‘Yogi’ Hughes as the legendary goalscorer looks at the Frenchman’s contribution to what Neil Lennon has already tagged a monumental season.

The seventh-highest marksmen with 189 goals in the Parkhead club’s history has told Celtic book author Alex Gordon he hopes Edouard rises to the occasion in the delayed Scottish Cup semi-final against Aberdeen at Hampden tomorrow afternoon.

Big Yogi, now 77, speaking in another CQN EXCLUSIVE: “When Odsonne kicked off the Premiership campaign with a hat-trick in the 5-1 win over Hamilton Accies at the start of August I thought we were in for an action replay of last term when he claimed 28 goals.

“Back then, the French ace was on fire and no-one was one bit surprised he was at the centre of transfer speculation during the summer. Who wouldn’t be interested in a player of his quality and pedigree?

“However, since his three goals against Accies, the player has struggled. Even before he tested positive with coronavirus, he was way off the pace.

“Neil Lennon hauled him off a couple of times when it was clear he was under-performing. He was virtually anonymous in the 2-1 win over St Mirren in Paisley where he squandered a penalty-kick and was replaced before the end.

“He also asked to be given a rest for the match against Livingston at Parkhead last month. Why? What was the problem? Surely, he couldn’t have been tired or stressed out? Not after only six league games into the season.

“But he was allowed to watch the match against the West Lothian outfit from the stand and it was far too close for comfort when they scored a second goal and my old team had to get it over the line at 3-2. 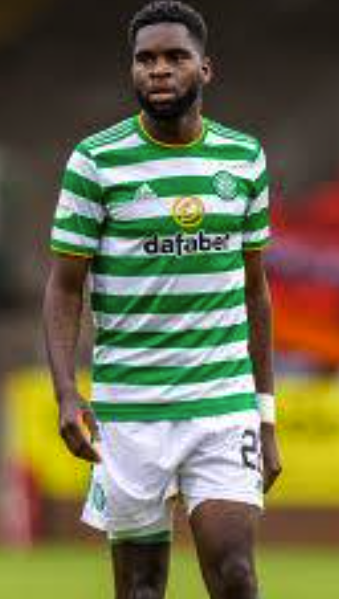 “He had undergone his isolation period a day before the game against Steven Gerrard’s side two weeks ago, but there was no show.

“Likewise last week at Pittodrie. Naturally, I am not privy to the extent of Odsonne’s illness, but you have to hope he can make the same recovery as players such as Stuart Armstrong, for instance. I watched him in Southampton’s win over Arsenal last week and he put in a typical all-action performance.

“Zlatan Ibrahimovic, who is 39 years old, has also been stricken by the virus, but, too, has hit the ground running since returning with AC Milan.

“If Odsonne is reasonably fit – I am not saying 100 per cent – I would play him against the Dons. That may be seen by some as a bit of a gamble, but I disagree.

“Even if he gets a first-half or an hour, he is likely to be a key component in Neil Lennon’s plans. He provides the x-factor no defence can anticipate, no manager can plan against.

“He can conjure something out of nothing and his qualities could propel Celtic towards the possibility of an early Christmas gift in the Scottish Cup Final on December 20.

“He played around half-an-hour against Lille on Thursday. I would have him in at the start tomorrow. And I would ask him for a repeat of some of that early-season form that saw him amble his way to a trio against Accies on Flag Day.”

* TOMORROW: Big Yogi’s EXCLUSIVE verdict on the Hampden semi-final – and what Celtic MUST avoid. Don’t miss it – only in your champion CQN.