Celtic Quick News on News Now
You are at:Home»Latest News»EXCLUSIVE: YOU GOT IT SO WRONG, BRENDAN, INSISTS CELTIC HERO
By CQN Magazine on 21st March 2021 Latest News

CELTIC great John ‘Yogi’ Hughes insists Brendan Rodgers called it WRONG when he said the Hoops should form a guard of honour for Steven Gerrard’s players before this afternoon’s derby at Parkhead.

The former manager claimed the club had to display “humility and class” and make the grand gesture.

However, Hughes, the club’s legendary goalscorer and seventh-highest marksman with 189 strikes, reckons there is NO way John Kennedy’s men should be asked to applaud their rivals onto the pitch.

Hughes said: “I can’t believe all the hulabaloo over this situation. Basically, it’s a sideshow, just a lot of nonsense, too many people flapping their gums because they like the sound of their own voice. 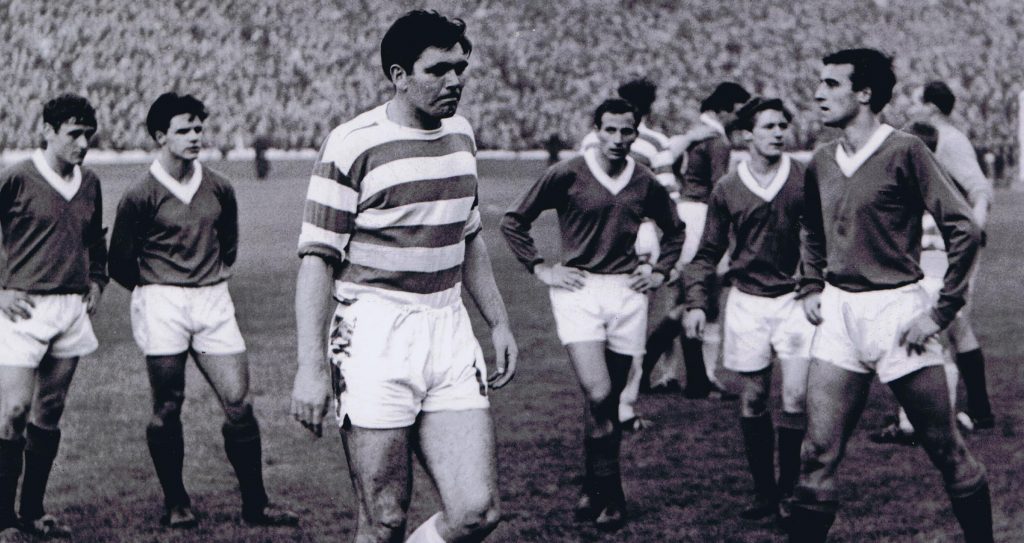 OUTNUMBERED…not quite a guard of honour for John Hughes as Rangers players show their disappointment after Big Yogi had scored both goals in Celtic’s 2-1 League Cup Final triumph in 1965.

“Why on earth should Celtic give their opponents a guard of honour? Did Rangers acknowledge Celtic in 2019 after my old club won their eighth successive championship at Aberdeen the previous week?

“No, of course not and, let’s face it, winning eight on the trot is a helluva lot more of an achievement than lifting one in a decade. No argument.

“So, the Ibrox lads decided against showing respect a couple of years ago and no-one seemed to mind. So, what’s the big fuss about this time out?

“I read the Hearts players formed a guard of honour when Celtic played at Tynecastle after winning the Premiership in 2018. I saw that so-called tribute. The home players stood stock still and refused to applaud. In fact, I saw only one player bothering to put his hands together for Scott Brown and the boys and that was keeper Jon McLaughlin, who, ironically, will be on the bench as a Gers substitute today. 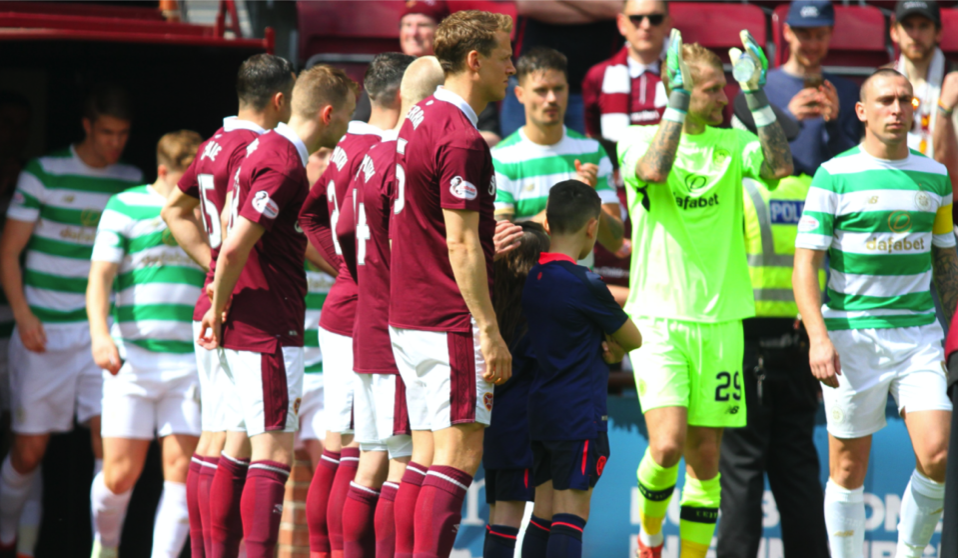 NO APPLAUSE…Hearts players watch as Scott Brown leads out champions Celtic at Tynecastle in 2018. 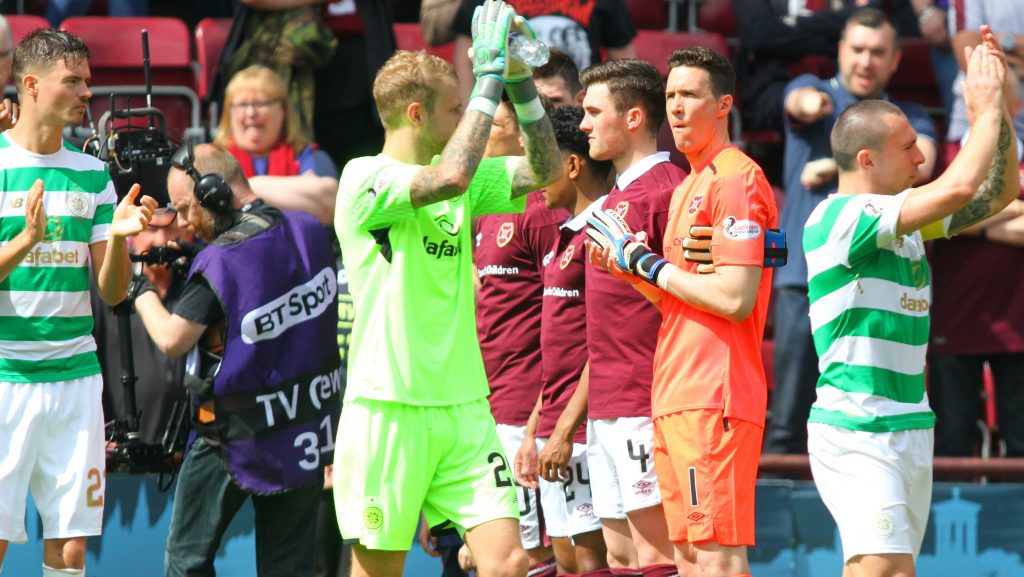 KEEPING IN TUNE…goalkeeper Jon McLaughlin is the only Hearts player to put his hands together as Scott Brown, Scott Bain and Mikael Lustig show how it should be done.

“Mind you, today’s situation isn’t helped by Brendan Rodgers coming out and saying Celtic should do it. I read in CQN that he thought the club should display “humility and class” by making the gesture. He cited the salute Sir Alex Ferguson’s Manchester United gave Chelsea after the London club, with Rodgers as a young coach, had won their first Premier League title in 2005.

‘Well done to Sir Alex. I must have missed the fact there has been a bitter, intense rivalry between these two clubs for well over a century.

“Listen, I think Brendan did a phenomenal job as Celtic manager. He raised the club to a new level and the Invincibles campaign was a joy to watch. I am a Celtic supporter and I enjoyed every moment of it.

“I don’t doubt Brendan is a Celtic fan, too, but I doubt if he really knows about the friction that has been evident between these two clubs for so many decades. He wasn’t even at Celtic for three full years and there is no way you can get the feel for this city in that short space of time.

“I have lived with it all my life since my infant days in Coatbridge. I think I am well qualified to talk about the rivalry that exists between these two clubs and their fans. 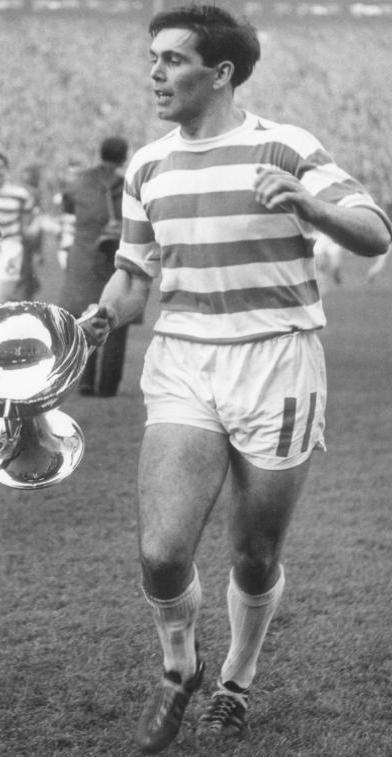 THE CUP THAT CHEERS…John ‘Yogi’ Hughes with the newly-won League Cup in 1965.

“As a Celtic player it was in my face 24/7. You stopped at a garage to put petrol in your car and you didn’t know what to expect when some total stranger approached. You were either the greatest thing on the planet or your parentage was questioned.

“Brendan would never have encountered that. There is no hiding place in this city. When we lost a game against our foes from across Glasgow – and, thankfully, that didn’t happen too often after Jock Stein arrived in 1965 – I used to think about leaving the country for a few days!

“You knew you had let down your own fans while the other lot would be gloating and ramming the fact you had lost down your throat.

“So, spare me, please, that Celtic should give anyone a guard of honour today. Instead, what the players should do is go out there and show who is still the best team in Scotland.

“Okay, the results don’t stack up this season. My old club are an unbelievable 20 points adrift and that represents a colossal 33-point swing in a year. That is truly bewildering.

“Don’t bother trying to tell me Rangers are so much superior with better players. I didn’t see that at Ibrox at the turn of the year. What I witnessed was Celtic bossing the game for an hour and coming within inches of being one or two goals ahead before half-time. 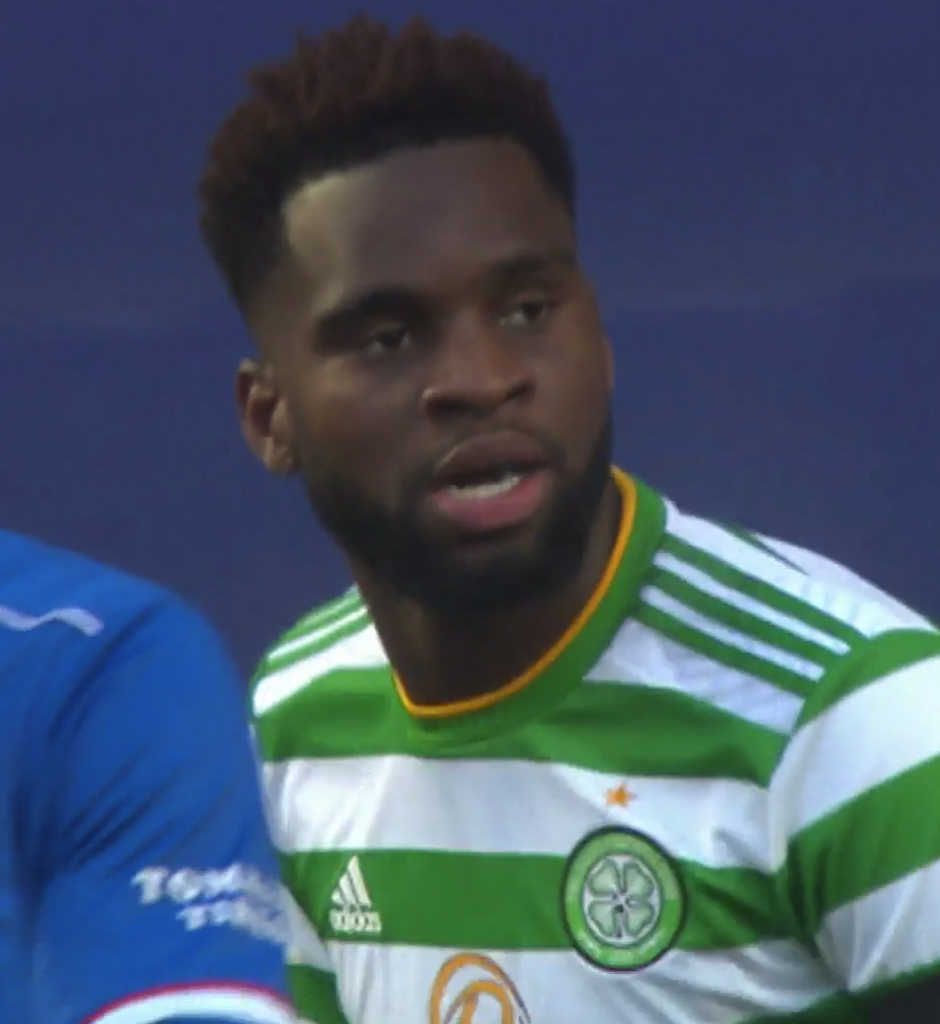 OUT OF LUCK…Odsonne Edouard reflects on an Allan McGregor save from him early in the January encounter at Ibrox.

“And then Nir Bitton is red-carded, Callum McGregor deflects a right-wing corner-kick into his own net and the points remain in Govan.

“Celtic were the better team that day. Steven Gerrard saw his team win without any of his players getting a shot on target. With luck like that it is no wonder they are so far ahead.

“So, let’s concentrate on the football today. Celtic owe their fans a performance. Their displays in this campaign have hardly risen above dire.

“There has been the odd splash of colour, but, in the main, it’s been a hard watch. It has cost Neil Lennon his dream job and there will be good reasons behind his exit.

“But we all know they are so much better than statistics show. There are quality performers such as Odsonne Edouard, Callum McGregor, Kristoffer Ajer and Ryan Christie in the ranks.

“Ismaila Soro and David Turnbull have the potential to be mainstays and I would never discount the leadership ability of Scott Brown.

“So, all we need to do now is go ahead and emphasise the strength of this Celtic team and put down a marker in the first steps of regaining the championship.

“That should give everyone something worthwhile to talk about.”

* DON’T miss the unbeatable match action from Parkhead this afternoon – only in your champion CQN.