Celtic Quick News on News Now
You are at:Home»Latest News»EXODUS OF THE CUP HEROES
By CQN Magazine on 19th December 2021 Latest News

THE last time Celtic won a trophy at Hampden in front of fans was against Steven Gerrard’s Ibrox outfit on Sunday December 8 2019.

On the hour mark, Odsonne Edouard, who had just been introduced as a substitute for the toiling Lewis Morgan, was welcomed onto the pitch by a crude foul by Connor Goldson on the left touchline and a free-kick was duly awarded.

Ryan Christie sent the ball soaring into the packed penalty area and Christopher Jullien arrived with perfect timing to sidefoot the ball wide of the stranded Allan McGregor for the occasion’s only goal. 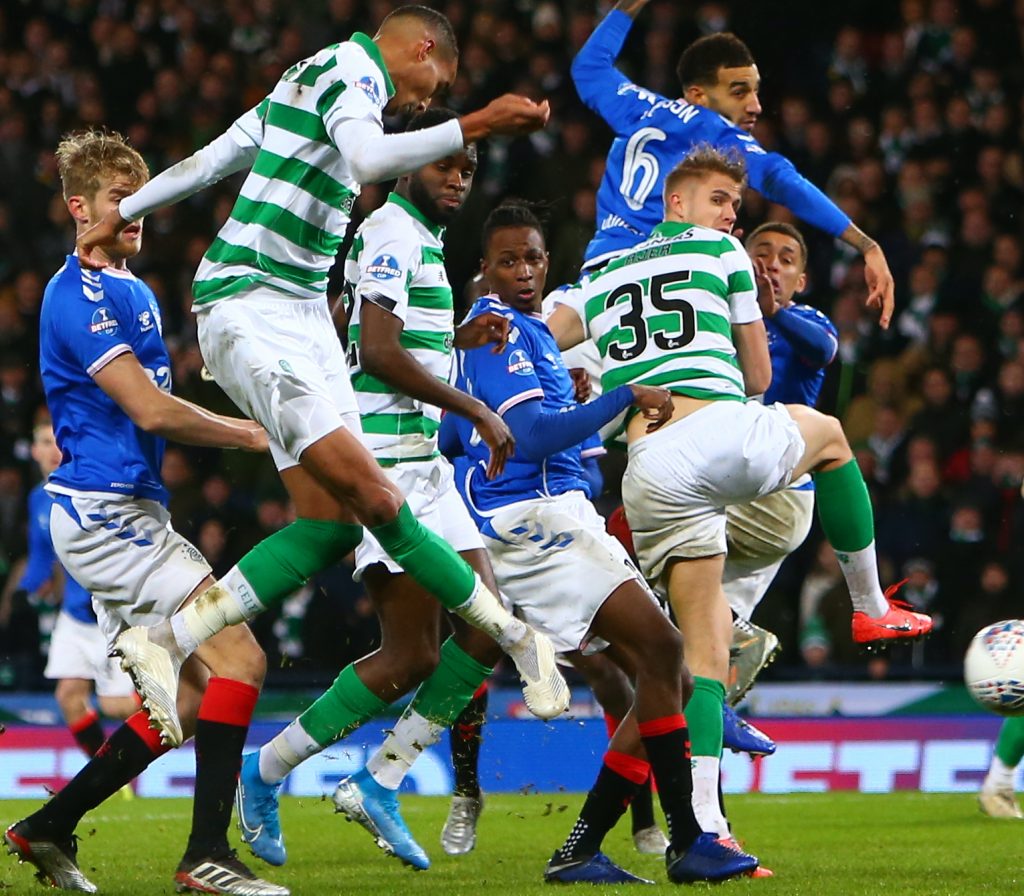 THE WINNER…Christopher Jullien sidefoots the ball towards the net on Celtic’s way to sealing the 2019 League Cup triumph. Odsonne Edouard and Kristoffer Ajer get a close-up view.

Three minutes after the £7million French central defender’s vital strike, referee Willie Collum intervened to award the Govan club a penalty-kick when Alfredo Morelos went down far too easily following a challenge by Jeremie Frimpong. The Dutch Under-21 right-back was also red-carded by the whistler.

Fraser Forster, who earned the Man of the Match honour after an unbeatable performance, made sure justice was done when he threw himself to his right to push away the effort from the Colombian hitman.

Six minutes were added on as the Hoops held on for their fourth successive triumph in the competition on their way to the phenomenal quadruple treble.

HAMPDEN HERO…Fraser Forster dives to his right to save Alfredo Morelos’ penalty-kick.

Amazingly, two years later, not one of the six Hoops players in those game-changing scenarios will figure against Hibs in the Premier Sports League Cup Final at Hampden this afternoon.

Heroic netminder Forster returned to parent club Southampton when his loan deal expired at the end of the campaign, Morgan joined David Beckham’s MLS side Inter Miami a month later, Frimpong was sold to Bayer Leverkusen in a £11.8million deal a year later and Edouard and Christie quit for Crystal Palace and Bournemouth respectively in the August transfer window.

Marksman Jullien has not figured in a game this year following surgery on his knee after colliding with a goalpost in a 3-0 Premiership victory over Dundee United at Parkhead on December 30 2020. 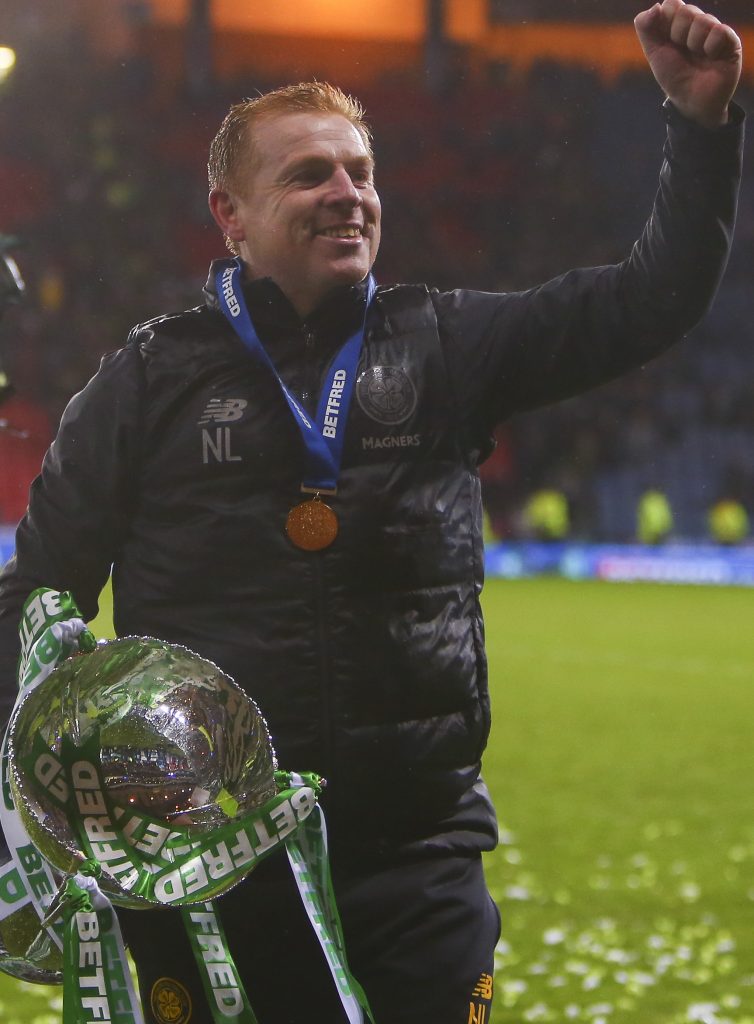 Manager Neil Lennon exited Parkhead in February during the inexplicable collapse of the team that saw the quest for a historic tenth successive title obliterated in early January.

Of the victorious line-up at the national stadium in 2019, skipper Scott Brown departed in the summer for a player-coaching role at Aberdeen where he joined up again with Jonny Hayes, Mohamed Elyounoussi, like Forster, went back to Southampton and Kristoffer Ajer left for Brentford in August.