GLASGOW can be an incendiary city, especially in the fall-out of a highly-emotional encounter between Celtic and their neighbours in Govan.

Alas, as we are all well aware and history illustrates, it does not provoke too much for wisdom and common sense to take a backseat when a derby confrontation is being pored over.

The refereeing from Bobby Madden at Hampden yesterday left a lot of the Hoops support mystified – especially the whistler’s reluctance to show any colour of card to John Lundstram – a situation which was flagged up by former Scotland international midfielder Kris Commons, as CQN reported earlier today. 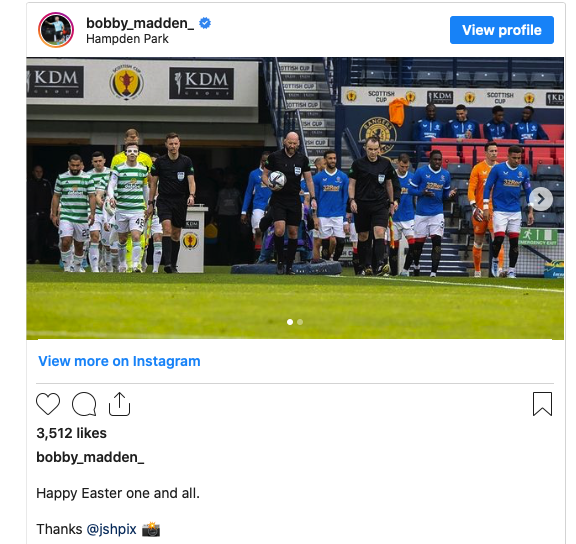 One-time Hoops striker Chris Sutton took to Twitter to say: “Celtic were poor but Bobby Madden turned in one of the worst refereeing performances I’ve seen in Scotland for a long time… and that’s saying something!!!”

The match official may have been well advised to keep his head down in the aftermath of a game that had seen seven players booked – two from Celtic and five from the opposition – and Ange Postecoglou’s hopes of an extraordinary domestic clean sweep in his debut campaign obliterated with an extra-time loss.

Remarkably, Madden took to his Instagram after the match and shared some pictures from Hampden alongside the caption: Happy Easter one and all.

The match official, of course, has every right to make the public proclamation and maybe the individual offers this greeting every Easter. Possibly, it’s routine for him to wish everyone joy and happiness on these special annual occasions.

Maybe he is a particularly religious gentleman. 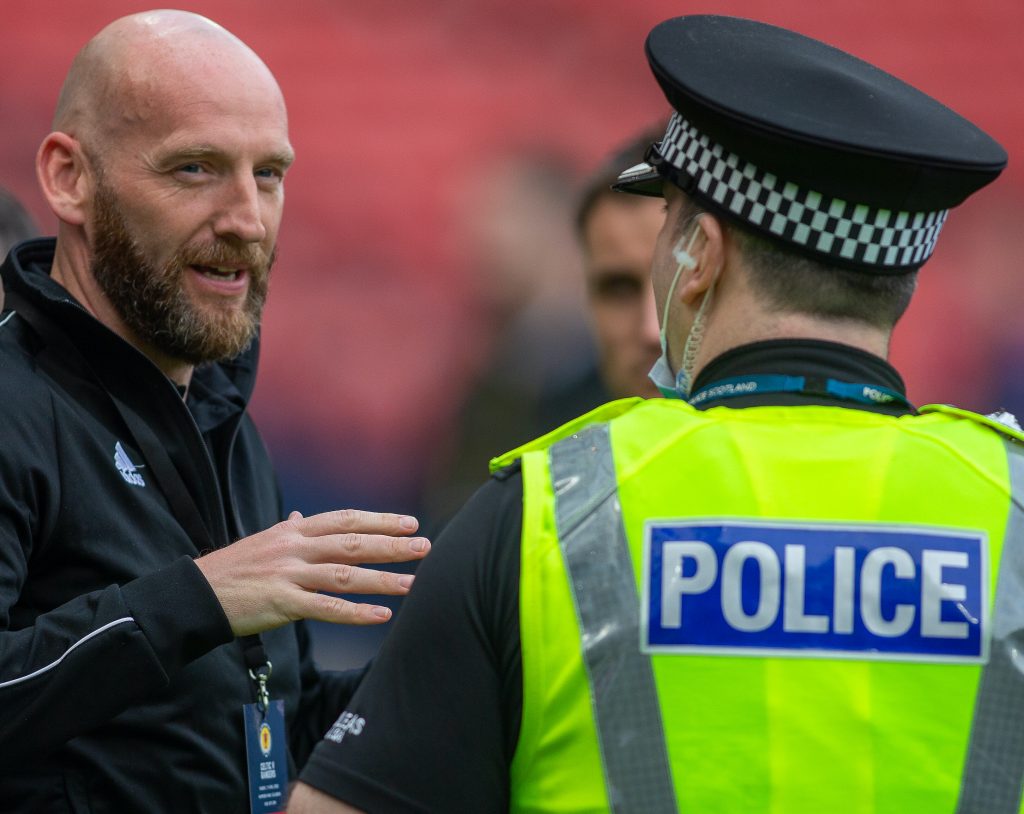 ARRESTING SIGHT…referee Bobby Madden speaks to a police officer before the game at Hampden.

What we do know, though, is Madden would surely have been able to comprehend that half the city would not have been in a rush to share his bonhomie after watching Celtic being knocked out of a major competition.

Going public in this manner is more than a little puzzling.

Such an exclamation leaves itself open to someone such as former Ibrox player Kris Boyd sending a cheeky message back to Madden. He responded: “Same to you” with the glaring eyes emoji.

By all means wish everyone widespread conviviality at Easter, but was it really appropriate timing coming so soon after such a passionate encounter in the city’s national stadium?