NEW Japanese Bhoy Reo Hatate reckons it will be “extremely fun” teaming up with old rival Ange Postecoglou at Celtic.

The 24-year-old versatile left-sided performer arrives in Scotland after winning back-to-back J-League titles with Kawasaki Frontale and also being named in the top-flight’s Best Eleven Select for the campaign which has just been completed.

Hatate, who has agreed a four-and-a-half year contract at the Hoops, was often in competition with his new gaffer when the Greek-Australian was in charge of Yokohoma F Marinos – and is looking forward to teaming up with him at Parkhead.

He is excited about the prospect and also lining with with his fellow-countrymen Kyogo Furuhashi, Daizen Maeda and Yosuke Ideguchi in Glasgow. 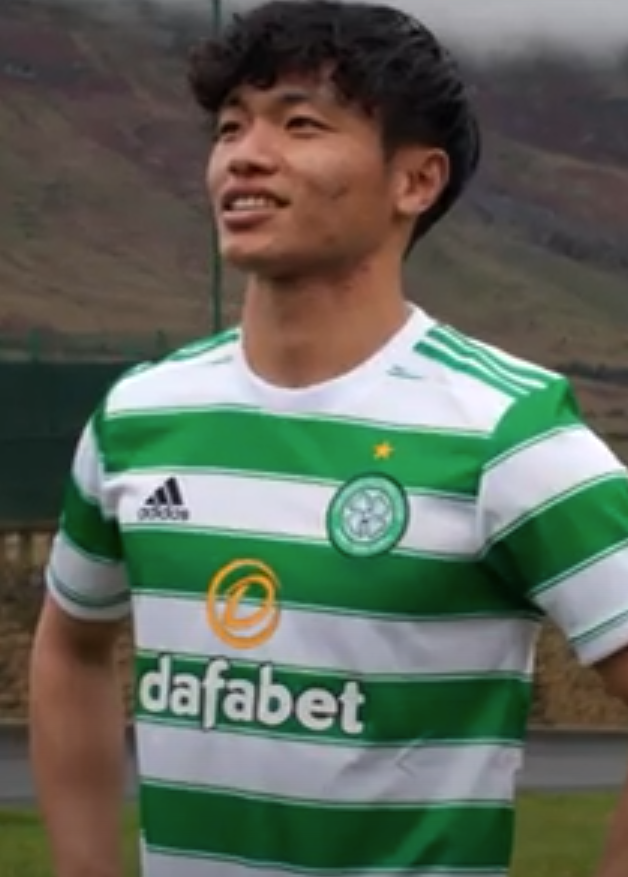 RARING TO GO…Reo Hatate poses in his new Celtic shirt at Lennoxtown.

Hatate, speaking to Celtic TV, said: “I am extremely honoured to finally be able to wear this historical uniform.

“I’ve only been able to see Celtic Park on videos and pictures, so I’m really excited to finally be able to experience this great stadium and I’m extremely looking forward to meeting the fans and playing in front of them.

“As a Japanese, it’s really exciting to see a manager who has experience in Japan and in the international stage.

“In Japan, I have always played against his teams, but I’ve always observed and thought his way of playing is very strategical and attacking, so it’s extremely fun for the audience.” 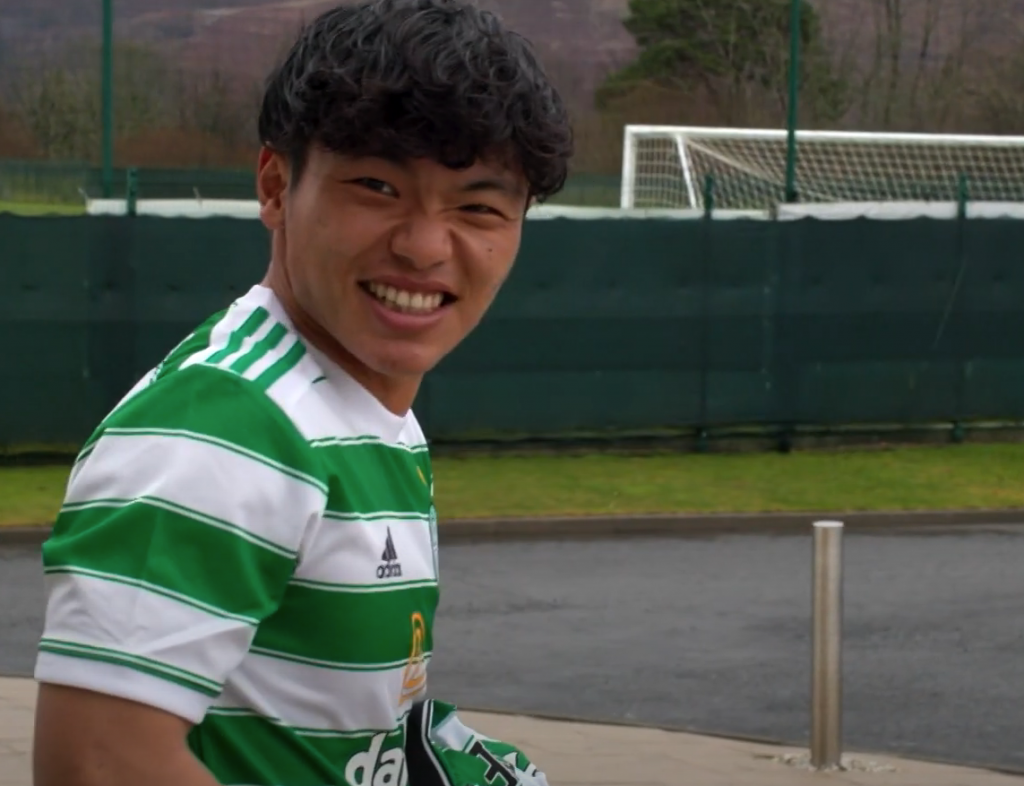 Hatate believes his versatility will be important and is eager to display his qualities to the Celtic support.

He added: “Being able to play in different positions has given me confidence as a footballer. With this team, I want to be able to bring out the best in my style of play and contribute to the attacking side of things a bit more.

“I hope to be the best version of myself so I can contribute towards Celtic and I want the fans to see how I play and to know my style as soon as possible.

“I will do my best in training and in the games and I’m really looking forward to it.”