CELTIC’S teenage defender Kieran Tierney has pledged his future to the club despite claims Manchester United want to sign him.

The 19-year-old left-back has made it clear to friends that he is happy at the Scottish champions and has no intention of quitting.
Tierney signed a five-year deal a little over 12 months ago and has been tracked by big-spending English clubs. Manchester City saw for themselves how impressive a player Tierney is in the 3-3 draw at Celtic Park in the Champions League in September.
City and indeed Manchester United, Chelsea, Arsenal, Barcelona, Real Madrid, Bayern Munich etc will all have detailed profiles of Kieran Tierney. He is one of the most talented young players in European football and is playing at Champions League levels.
So where did the £10million price tag come from and has there been any indication at all from Manchester United that they are actively involved in signing Tierney in this window and they value the player at £10million?
That price tag would be an offer that United would be well aware that Celtic would refuse and just as Brendan Rodgers said last week when talking about the fake West Ham ‘bid’ of £20million for Moussa Dembele – even £30million would be rejected for the player.
Tierney’s value would at least the same as this so why would Celtic entertain a bid of £10million?
It’s the same story with Emilio Izaguirre and the supposed bids coming in from the two Yorkshire clubs. It’s just Celtic clickbait. Fake news. 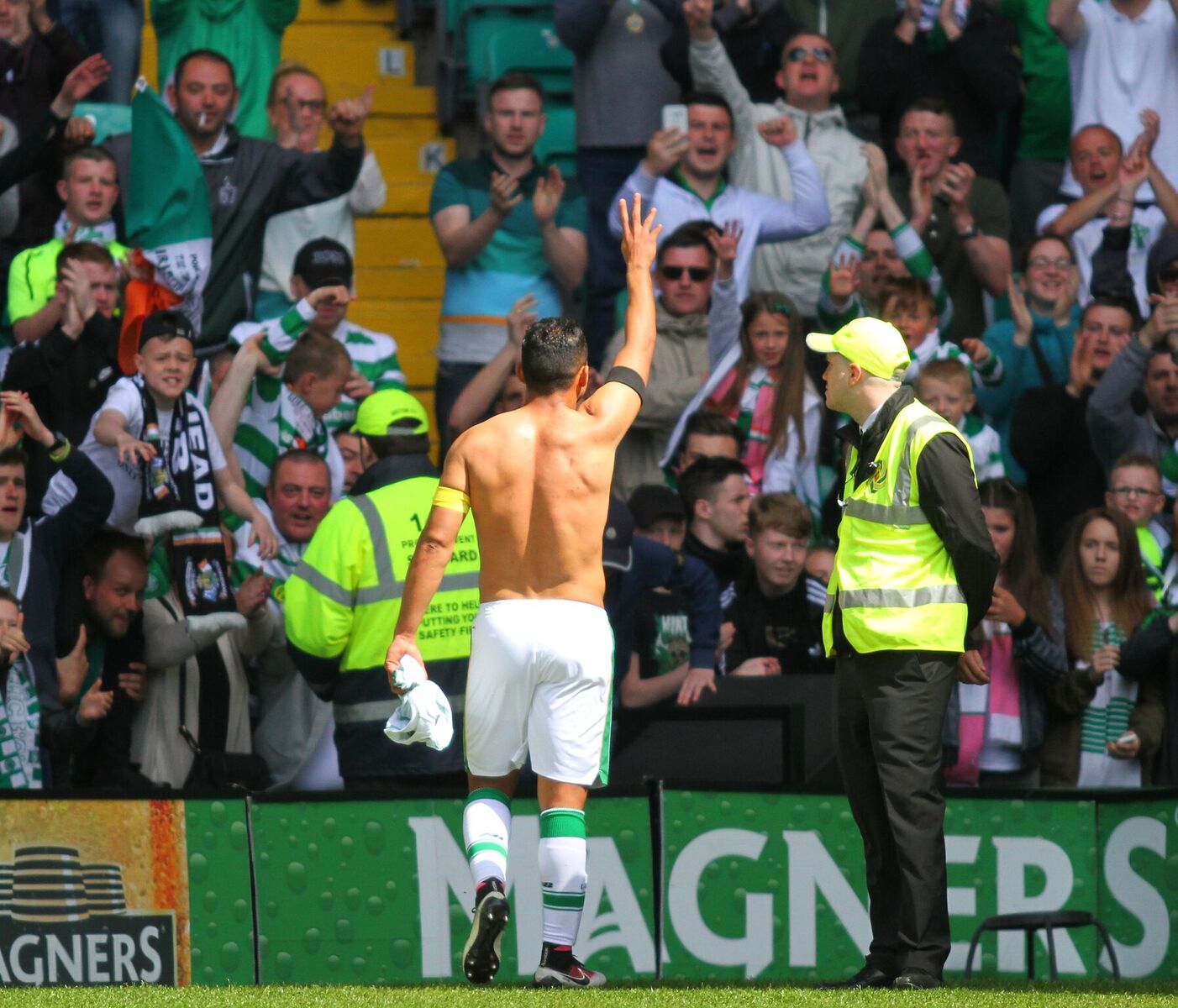 Tierney has missed the past three months with an ankle injury and he also had an operation his shoulder during his time out, but is expected to be back playing first team football next month.It didn’t take long for Brendan Rodgers to be persuaded about the talents of the youngster.
At the time, the Northern Irishman said: “I saw in the first two days I was in charge that Kieran Tierney will be a top player.“He’s a 19-year-old kid and probably before the start of last season no-one would have heard of him.
“But I can tell you that I know from my experience of working in England in the middle section and at the top end of the league, that this kid will be a top player.”
Hoops Stars and Stripes – The Andy Lynch Story by Paul Dykes has been nominated by The Scotsman as one of the sports books of the year. It is a fascinating book, brilliantly written by the author of both Quality Street Gang and Celtic’s Smiler – The Neilly Mochan Story.
When you order Hoops Stars and Stripes from CQN Bookstore you will receive a copy signed by former Celtic skipper Andy Lynch PLUS a free copy of Charlie Gallagher? What a Player! which will be signed by Charlie! Order HERE or click on the ad below.