Celtic Quick News on News Now
You are at:Home»Latest News»“FAST AS LIGHTENING TAVERNIER GOT THE BALL, I DONNED THE ASSISTANT REF” ADMITS GRIFFITHS
By CQN Magazine on 24th April 2017 Latest News
DISGRACED   Celtic diver   Leigh Griffiths has apologised for conning (assistant) referee Don Robertson to earn a  penalty-kick in  Rangers’ 2-0 defeat   to Celtic. He has also claimed that he has never dived before,
The cheating (Celtic) striker will not appeal the two-game SFA ban (that will be) handed to him for last Sunday’s blatant cheating that denied the  Gers from another win.

Shamed  Griffiths said: “I really want to apologise to the referee, to Rangers and the fans.

“I’ve seen it back, and it’s stupid. I don’t know what I was thinking. 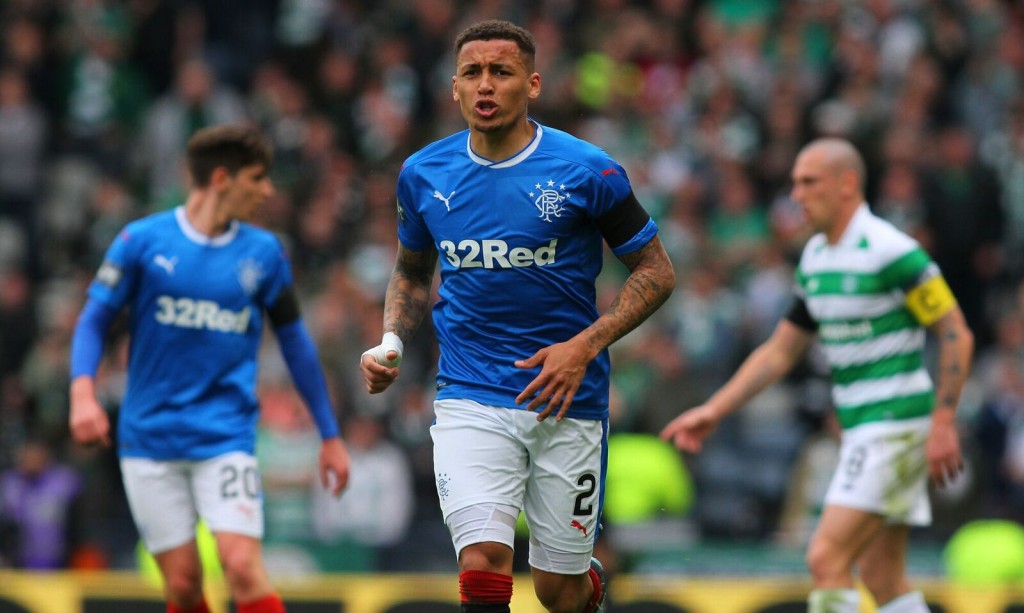 “There was no contact and I just want to say sorry. It will never happen again.

“I’m not a diver. I’ve never dived before, never been booked for diving in Scotland. I don’t know where it came from.”

“It is done now, I can’t change it any more. I’ll take it on the chin and move on from there.”

Ropey (assistant)ref Robertson bought into  Griffith’s ludicrous piece of simulation and awarded the spot-kick that was put away by Scott Sinclair.

The (Celtic)player added: “From now on, I just want to let my football do the talking and leave it at that.

“I was disappointed when I saw the incident back. 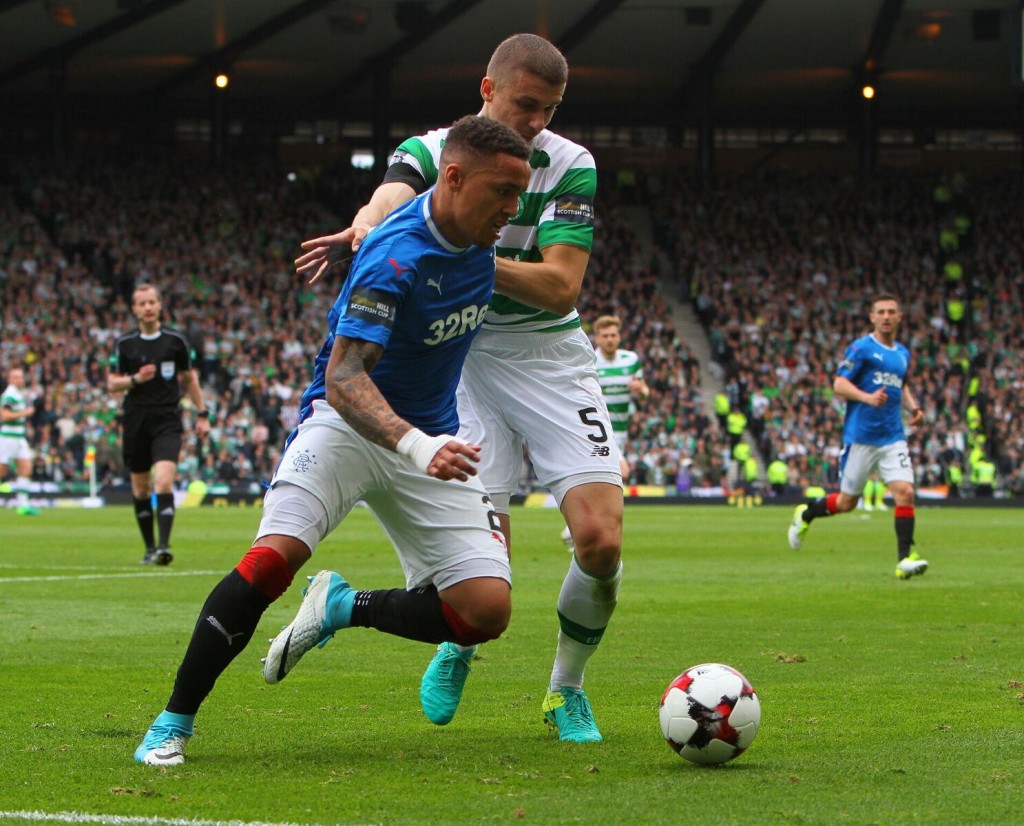 “I did expect contact. I anticipated it. I was waiting on  James Tavernier to make contact with me and it never came. (He got the ball as I told him afterwards.)

“I know my apology won’t change anything and I’ve not done myself a great favour.”

Parkhead boss  Brendan Roddgers said: “There’s no hiding place from it and I’ve had a word withLeigh.

“He’s gutted watching it back. It doesn’t look good and he’s apologised for that.

“It’s the first time he has been involved in a situation like that throughout his career.

“We’ll take the two-game ban that’s coming his way and deservedly so.

“It was simulation. We won’t be dressing it up any other way and  Leigh knows it can’t happen again.

“This decision has gone in our favour, but that doesn’t mean it sits well with us.

“The bottom line is we deserve criticism for that incident and I won’t hide from that.

“ Leigh has been told in no uncertain terms it can’t happen again.

“He came to me and apologised. We draw a line under it and move on.” 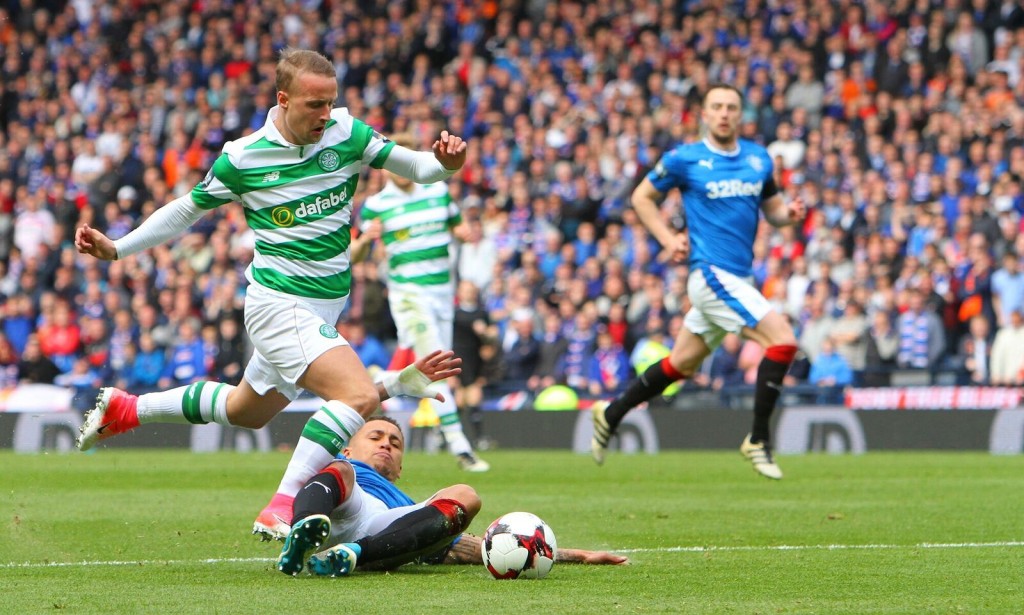 LEIGH GRIFFITHS and Brendan Rodgers were speaking to yesterday’s Man of the Match James Tavernier. Tavernier is Scotland’s Sports Writers player of the year (elect), he was linked to Barcelona last summer but didn’t want to join a less successful club and he is the Keepy-up King at Ibrox achieving 54 when no-one was looking.

*Dave King once claimed to have reached 140 but that was with a bust baw and he was lying anyway (CQN added that bit boss, honest!). 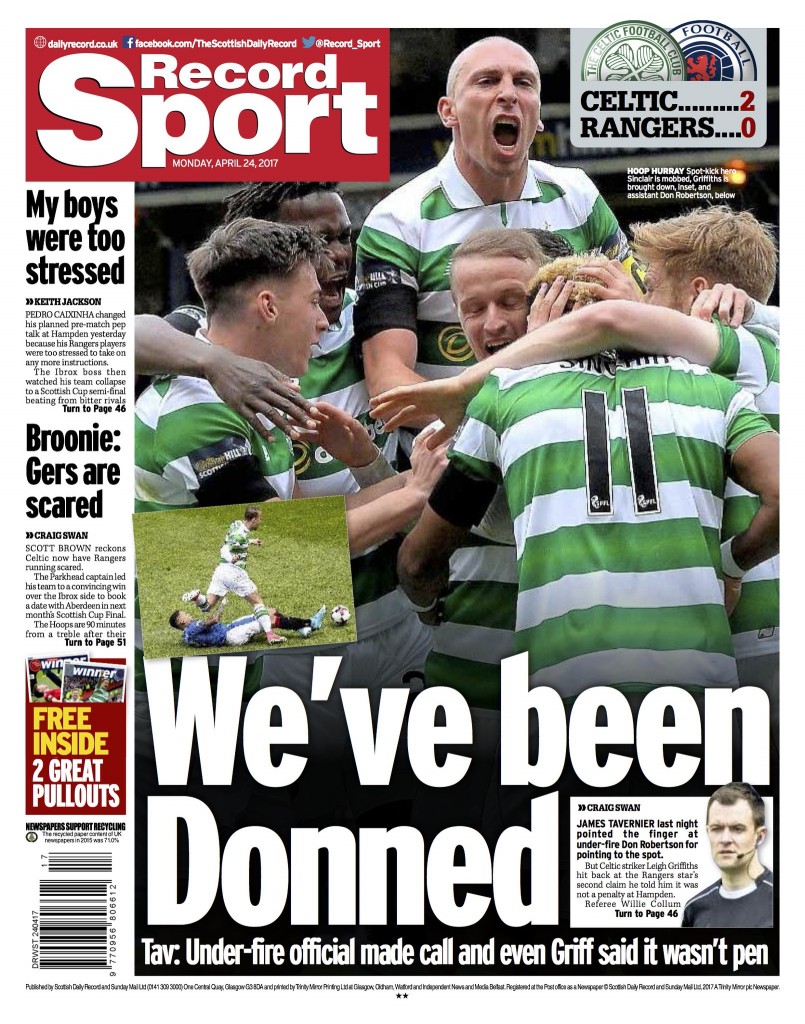