Celtic Quick News on News Now
You are at:Home»Latest News»FERGIE AND THE CELTIC OFFER
By CQN Magazine on 1st January 2022 Latest News

In an astonishing twist to Fergie’s trophy-laden career, CQN reported the extraordinary revelation from Celtic supremo Dermot Desmond that he offered to DOUBLE the iconic Old Trafford manager’s wages in an effort to lure him to Parkhead.

The sensational move came before the 1997/98 season when the Hoops were determined to prevent Rangers from winning 10 in a row.

Wim Jansen eventually took over the role from Tommy Burns and the Dutchman, with a little assistance from a Swede by the name of Henrik Larsson, disrupted the Ibrox sequence on a glorious afternoon in the east end of the city when St Johnstone were beaten 2-0 and the flag returned after a 10-year absence.

Desmond said: “I had asked Alex Ferguson to be manager of Celtic around 1997 and I offered to pay the money myself, twice the salary he was on at Manchester United. 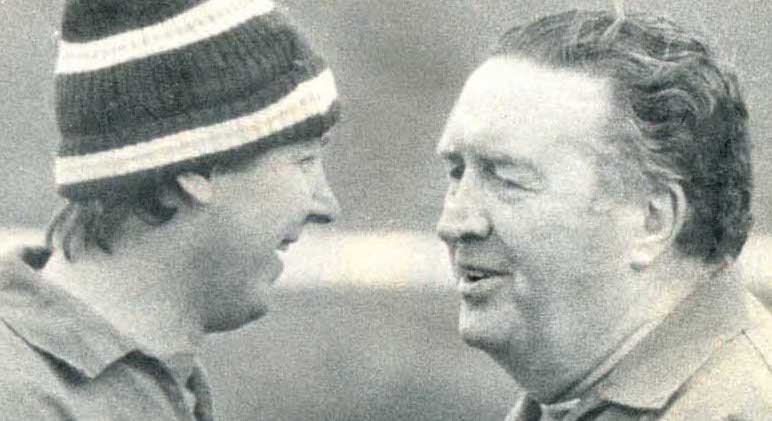 WHAT A DOUBLE-ACT…Alex Ferguson with Celtic legend Jock Stein on Scotland international duty in the eighties.

“He said he would like to consider it, even though he had a Rangers background.

“He said: ‘I’d like to do it, to follow in the footsteps of Jock Stein,’ but he said his overriding ambition was to win the Champions League with Manchester United.

“In fact, my good friend JP McManus and I were his guests at the 1999 Final in Barcelona, where he fulfilled his dream.

“I had previously asked a prominent broadcaster if Martin would be interested in the job.

“I then asked Alex if he would speak with Martin to see if he would meet with me and the response was that he would be very interested in meeting.

“So, I met Martin for dinner and we got on very well.”

O’Neill was hired shortly afterwards and guided Celtic to only the third clean sweep in Celtic’s history in season 2000/01 when the Irishman followed Jock Stein’s achievements of 1966/67 and 1968/69.

* CQN wishes all our readers a Happy New Year and we hope 2022 brings you all you could hope for – on and off the pitch. Please stay safe.