A HOST of Celtic players are poised to say a final farewell to the Glasgow derby at Ibrox on Sunday.

However, the fifth and last encounter of the season against Steven Gerrard’s outfit could also be the beginning of a new era for the fallen champions.

Former Hoops star Didier Agathe, one of the heroes of the gallant UEFA Cup bid in Seville in 2003, believes his old club can use the game as a launch pad to the upcoming campaign after the bitter disappointments of this one as it stumbles to its conclusion with only two games left to play after the weekend, St Johnstone in Glasgow and Hibs in Edinburgh.

Odsonne Edouard, who under-performed in the Scottish Cup exit at the same venue earlier this month, Kristoffer Ajer and Ryan Christie could get the nod for a last hurrah in this fixture. 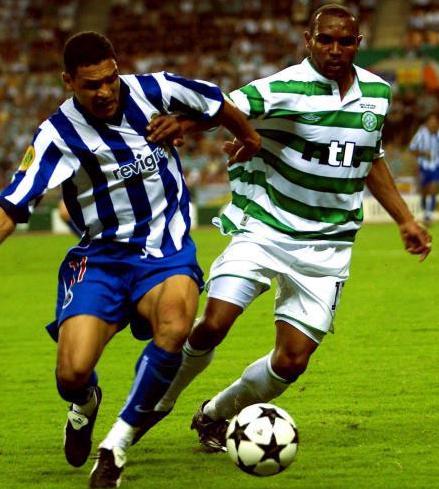 STAR IN SEVILLE…Didier Agathe in action against Porto.

All three have been linked with moves away from Parkhead in the summer and, of course, skipper Scott Brown, who will be 36 in June, has already agreed a pre-contract at Aberdeen where he will take on player/coaching duties in the summer.

They could be joined through the Hoops exit by loan players Mohamed Elyounoussi, Jonjoe Kenny and Diego Laxalt as they return to their parent clubs, Southampton, Everton and AC Milan respectively.

Shane Duffy’s £2million loan from Brighton was one of the biggest letdowns of the term and he is already out of the picture at the club with Stephen Welsh promoted to team up alongside Ajer in central defence.

There will be a summer upheaval on and off the pitch and Agathe, looking at the Ibrox clash, remarked: “If players are looking to leave, then that is okay. It’s part of the game.

“But they also have to realise they are playing for an institution, a historic club and this is a fixture that means so much to the fans.

“There might not be a title on the line, but there is still pride in the club and I would hope they would want to go out and win it for the supporters.

“It might not matter in terms of the league, but it always matters when you are playing in the derby. It can remind Rangers that Celtic are still here and they will come back again.” 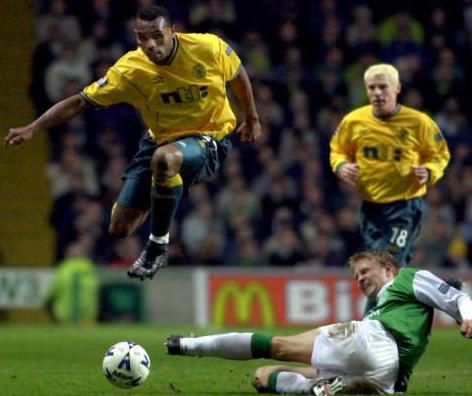 THE HURDLER…Didier Agathe races away from a Hibs challenge as Neil Lennon looks on.

Agathe admitted sorrow at the February departure of his old pal Neil Lennon and the Irishman will almost certainly be replaced by Eddie Howe once the managerial team is finalised.

The former right-back, known as the Bhoy Racer because of his phenomenal pace, said: “Neil is a good man and a good manager, but things went against him this season. It’s unfortunate, but it can happen and it will be important to get the right manager in for next year.

“He will have to know what it means to be manager of Celtic and the huge demands on everyone at the club.

“There will be a lot of changes, but it’s not always about spending lots of money. It’s not about buying the most expensive players – it’s about signing the right players.

“I look at our team. I did not cost much money when I came from Hibs – not as much as Chris Sutton!

“But we all played our part in that team and there were not many changes over the next few years.

“Every summer, Rangers would go and spend a lot of money, but we had a good group of players who loved representing Celtic. 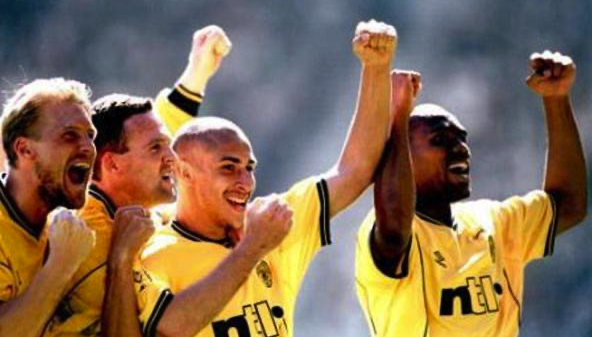 “Rangers might be strong right now, but if the new manager can sign some players and get the best out of the ones who are at the club then there’s no doubt Celtic will be competing for the title again soon.”

Agathe, speaking to the Daily Record, added: “When I arrived from Hibs in October 2000, Celtic were in a strong position. But the previous season Rangers had won the league by a big margin.

“Martin came and signed some players, but a lot of the guys had been there the year before. Rangers had spent so much money on world class players like Ronald de Boer, but in Scotland sometimes it’s the little things that can push the balance in your favour.

“Celtic are feeling low right now and it’s been a disappointing season.

“But you never know what can happen. Things can change very quickly in Scottish football and Celtic can come back strong next season.”