Celtic Quick News on News Now
You are at:Home»Football Matters»‘FINE BY ME, IT’S A BELTER OF A SONG’, SAYS ARMSTRONG
By CQN Magazine on 22nd October 2017 Football Matters

A COUPLE of weeks ago we reported on how Liverpool fans had picked up on the Celtic supporters’ Stuart Armstrong song. You can expect an amended version coming from the Kop sometime soon.

Now the player himself has spoken about the song and revealed that it’s one of Kieran Tierney’s favourites!

“Kieran Tierney likes that one, he has been singing it to me,” the midfielder told the Sundays ahead of the midweek visit to Pittodrie to play Aberdeen in the top of the table clash. 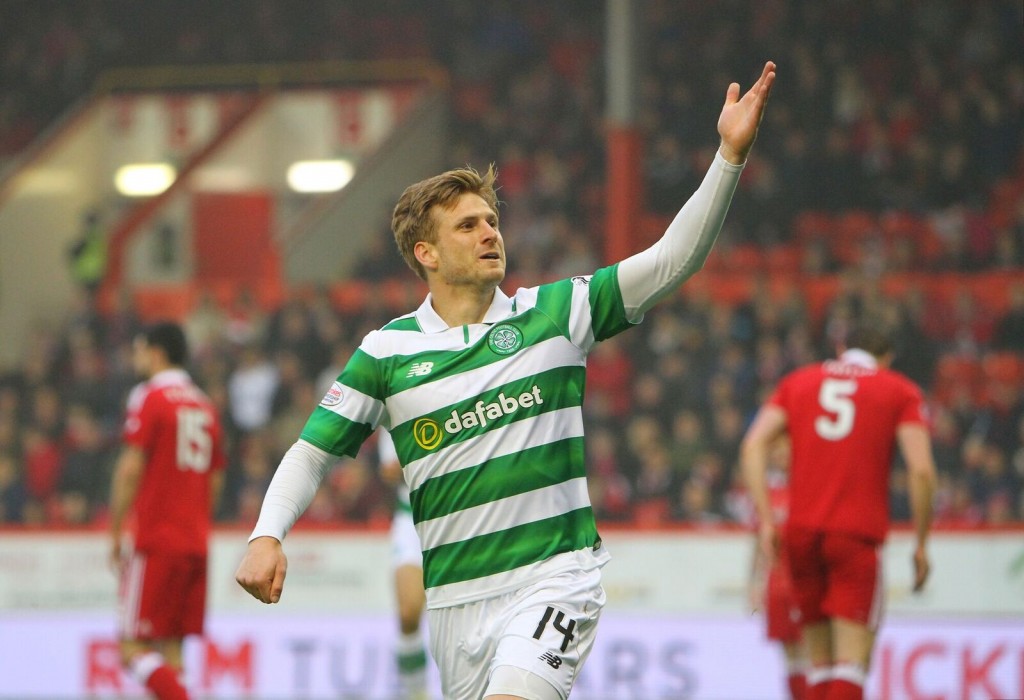 On Celtic’s last visit at the start of May, Armstrong scored one of the this ‘belters’ as Celtic raced into an astonishing 3-0 lead in the first 15 minutes, absolutely blowing the Dons away.

To be fair they did rally and Jonny Hayes scored a cracker himself – something he’s failed to do since his summer move to the Champions – and they spent the rest of the game chasing that illusive second goal that would have set up a grandstand finish.

Aberdeen suffered more that the rest of Scottish football last season at the hands of the Invincibles. Played 6 lost 6, even Sevco Rangers had slightly better record – played 6, lost 5, drew 1, although it has to be said that draw was down to an honest mistake.

Armstrong played his part in these successes and was rewarded by the club with a new contract and the fans by a ‘belter’ of a song.

“It is a good feeling when they make up a song about you, it makes you know you are part of something special,” Armstrong laughed.

“Especially as in this case too they have gone to a bit of effort with the lyrics, it is up to yourselves whether it is accurate or not.

“Our fans have got some good songs, one for Scott Brown and a few others. It is nice, especially when you are out on the pitch and you hear them singing your name.”

Armstong also recalled that very special day at Hampden at the end of May when he equalized after Hayes again scored a decent goal against Celtic. The manager Brendan Rodgers had by that time identified Hayes as the best player in Scottish football not currently at Celtic and had him on his shopping list, as CQN revealed just after that 3-1 win at Pittodrie.

“Although we went unbeaten all season there were a few times we got ran close and the Final was definitely one of them,” Armstrong stated. 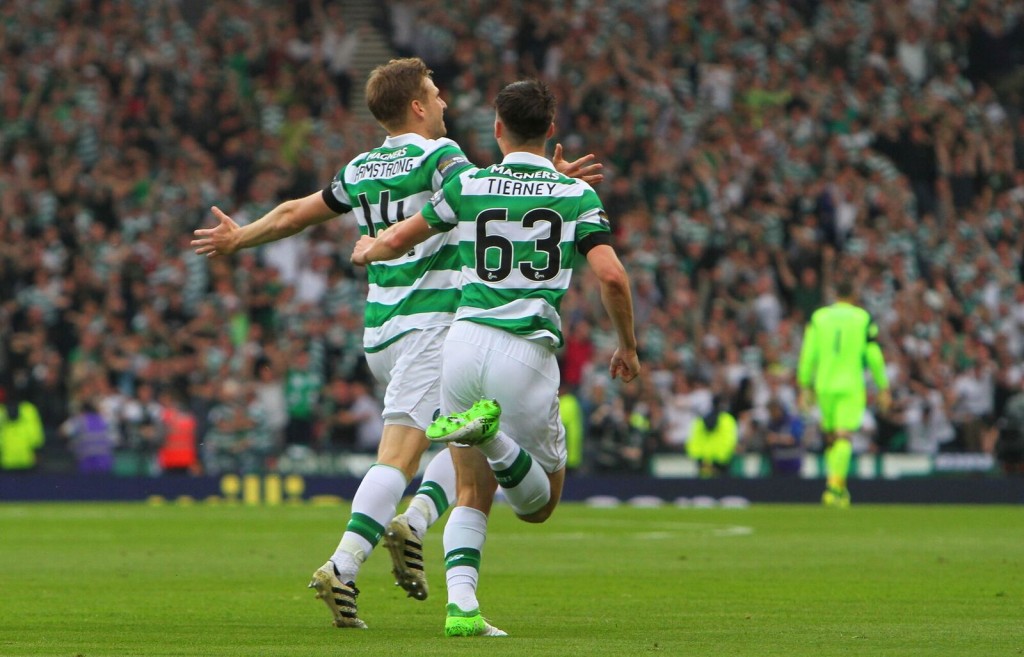 “Jonny Hayes, later to be signed by Celtic, scored for them early on, I got the equaliser and then for a long time it was 1-1.

“So you thinking maybe it is going to go into extra-time but then Tom Rogic comes up with his bit of magic.

“It was a fairytale finish to the season for us. You couldn’t have written it any better, right down to the lightning streaking across the sky when he scored.

“But that was last season. At Celtic it is always about building, getting more trophies as well as progressing and improving and not focusing on what we have already done, but what we can achieve next.”