CELTIC boss Brendan Rodgers yesterday fired out some brusque answers following questioning on his transfer policy at the champions.

The Irishman was clearly irked by comments from ex-Hoops star Kris Commons yesterday who insisted the team need to look closely at the central defensive position ahead of next month’s Europa League ties against Zenit St Petersburg.

Informed the former Parkhead playmaker reckoned Rodgers’ deals in the transfer market this month might come under scrutiny, he said sharply: “No, there is not. 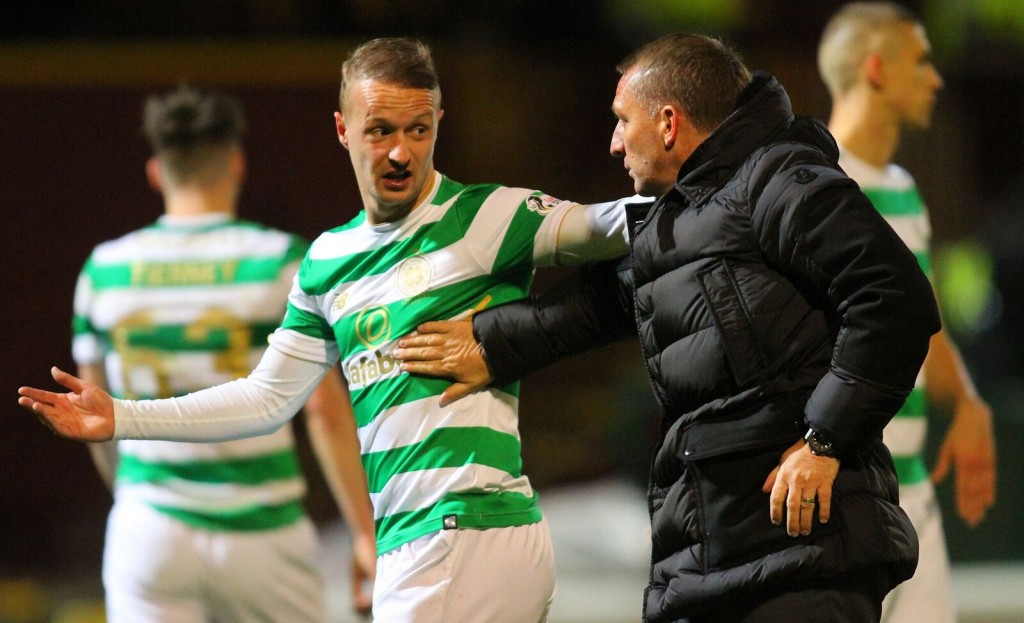 He said swiftly: “I’m about deeds, not words. I’ve heard some s**t since I’ve been up here. That’s the part of your industry that I don’t like.

“I don’t want to stand here and waste my time. I have a mountain of things to do rather than talk about speculation or what Kris Commons or other guys think.

“Everyone has an opinion, but the opinions are not always the reality.”

And Rodgers revealed he did not think defence was a priority.

“Not for me, no,” he said. “I don’t know how many defenders you think we need.

Celtic have signed German defender Marvin Compper – ineligible for Europe and out for a month with a calf injury sustained in Dubai – and St Mirren winger Lewis Morgan, who will not team up with the squad until the summer.

Rodgers added: “We know what we want and we’re pretty calm on that.

“We just need to bring in quality. I’m not concerned about the numbers we bring in.

“The job here to bring in quality to improve the level we are at and that usually takes time.”

On the subject of reports from Turkey of a £2.6million bid for Besiktas defender Dusko Tusco, he replied: “First I’ve heard.”