DAVID TURNBULL has played 68 minutes of Scottish Cup football for Celtic – and it has been enough for him to pick up a winner’s medal.

The midfielder, a £2.75 million summer arrival from Motherwell. started only his fourth game for the club in the delayed 2019/20 silverware showdown against Hearts at Hampden on December 20 last year.

Turnbull had been an unused substitute in the holders’ 2-0 semi-final victory over Aberdeen the previous month, but after a matchwinning performance 10 days beforehand against Lille in the side’s solitary Europa League Group H triumph, he kept his place in the 2-0 league success over Kilmarnock.

And Neil Lennon pitched him in against the Tynecastle outfit in the match that eventually saw the Hoops seal the phenomenal quadruple treble with rookie keeper Conor Hazard saving two penalty-kicks in the shoot-out following the 3-3 stalemate after extra-time. 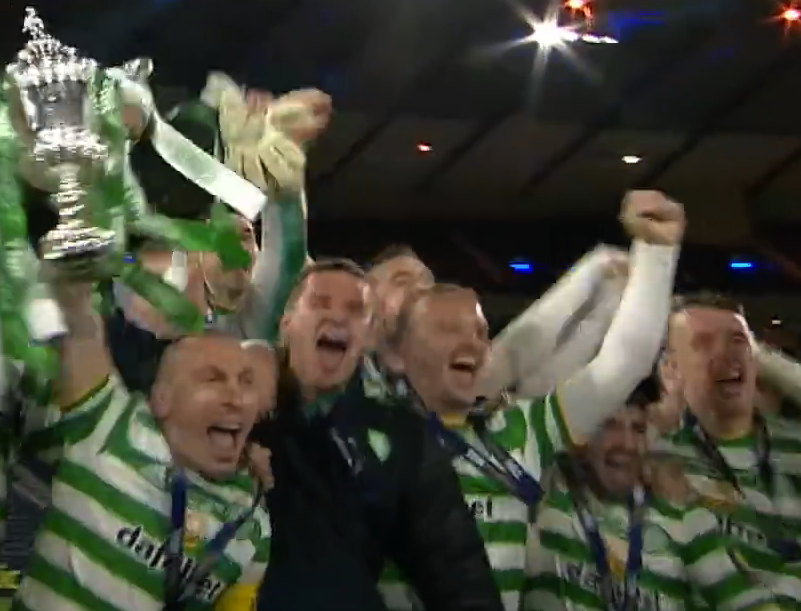 Turnbull made way for Tom Rogic on another historic occasion for the Parkhead outfit and the 21-year-old playmaker is looking forward to picking up where he left off against the Edinburgh team five days before Christmas.

The goalscoring middle-of-the-park performer should be in his usual position when the holders, who have won the competition for the past four years, kick off the defence of their trophy against League One leaders Falkirk at Parkhead on Saturday evening with a 7.30pm commencement.

The Scotland Under- 21 star has been preparing for the tie while many of his colleagues have been involved in World Cup duties with their countires such as his Callum McGregor, Ryan Christie and Greg Taylor with Steve Clarke’s squad while Mohamed Elyounoussi and Kristoffer Ajer are with Norway and Odsonne Edouard is representing France Under-21s. 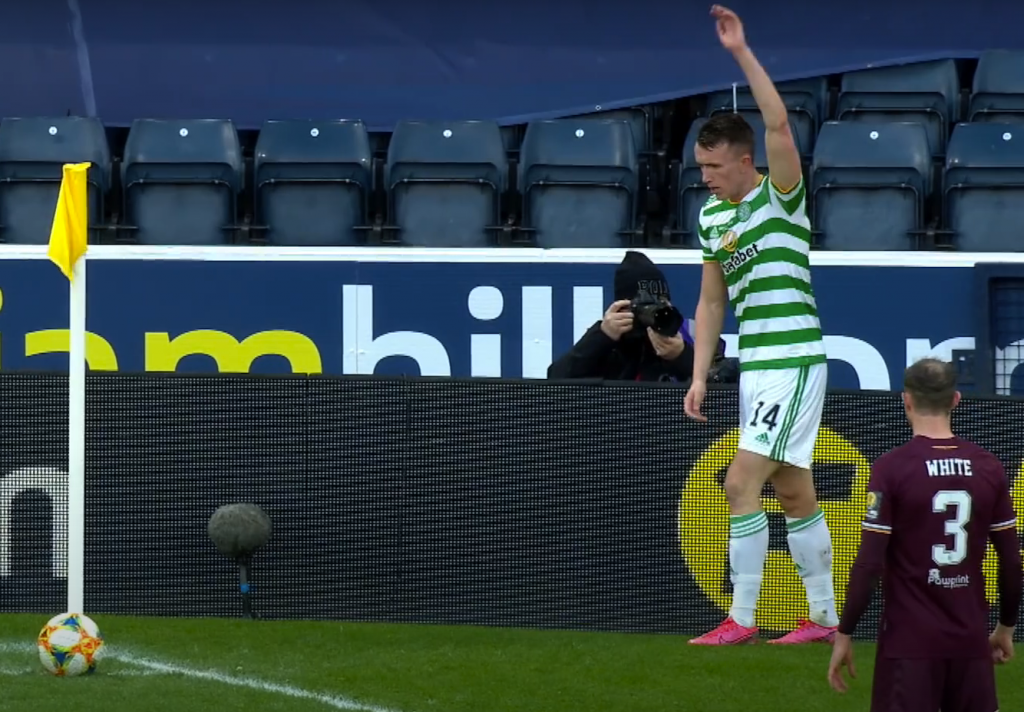 CORNER BHOY…David Turnbull prepares to take a set-play against Hearts with Aidy White looking on. 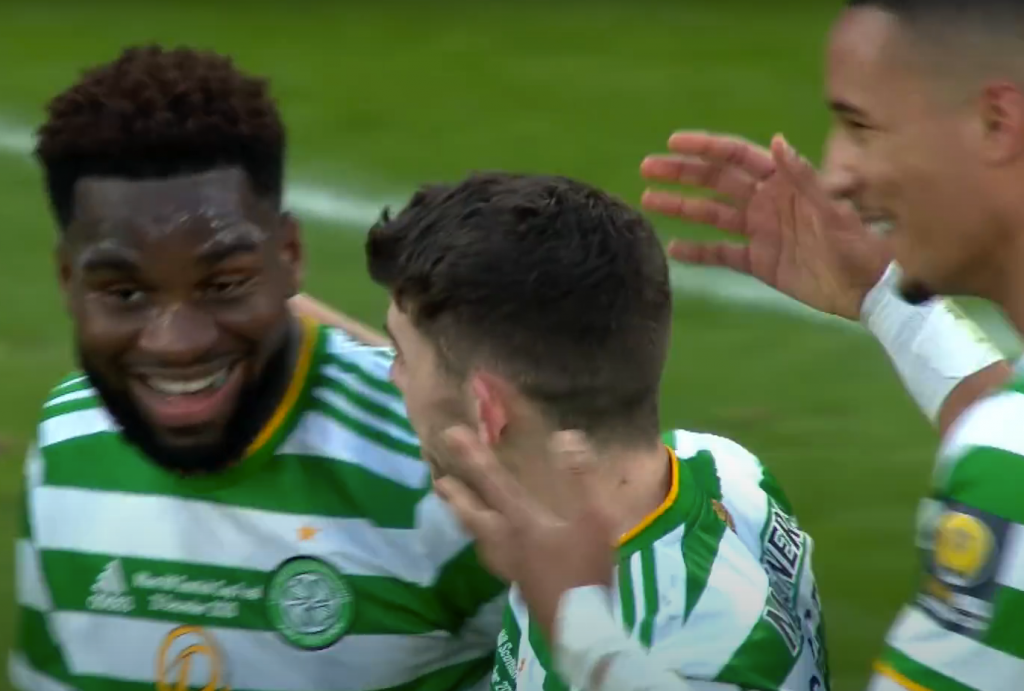 Turnbull, speaking to the club website, said: “It’s been a great week. There are a few boys missing because of the international fixtures, but a few young boys have been training with us which has helped, so the training has been good and high intensity. It’s been brilliant really, I’ve enjoyed every minute of it.

“We’ve been focusing on ourselves so far in terms of how we’re going to build up and use the possession. As more boys come back during the week we’ll start working towards the game even more.

“Starting from this weekend, we need to go out and perform 100 per cent and I’m sure that’ll take us a long way. We can’t show any complacency. You’re only as good as your last game and we don’t know how good Falkirk are going to be. We just need to focus on our own game, go out and get a good result.”

Turnbull added: “My confidence is high at the minute. I just want to keep creating and scoring as many goals as I can, help the team out and show the fans what I can do

“Since I’ve started playing, even at Motherwell, I wanted to base my game on goals. A goalscoring midfielder can be hard to come by, so I’m just trying to add that to my game every week.