DANNY McGRAIN and a sell-out Celtic crowd were in Paradise yesterday as the Hoops legend took centre stage on Flag Day as he unfurled the club’s seventh successive Premiership flag.

It was a fitting tribute to the iconic defender who has served the club so diligently on and off the field since he was signed by the great Jock Stein in 1967.

His former Hoops team-mate Kenny Dalglish said: “I was delighted to see Danny being given the honour of unfurling the league flag  for Celtic yesterday.

“A fantastic – and fitting – gesture to a man who has dedicated most of his life to the football club.

“We started out at Celtic Park together more than 50 years ago.

“Danny’s a very special man and I’m proud to call him a friend.”

And goals from Tom Rogic, Odsonne Edouard and Olivier Ntcham made sure everyone was smiling at the end of the day following a 3-1 triumph over Livingston. 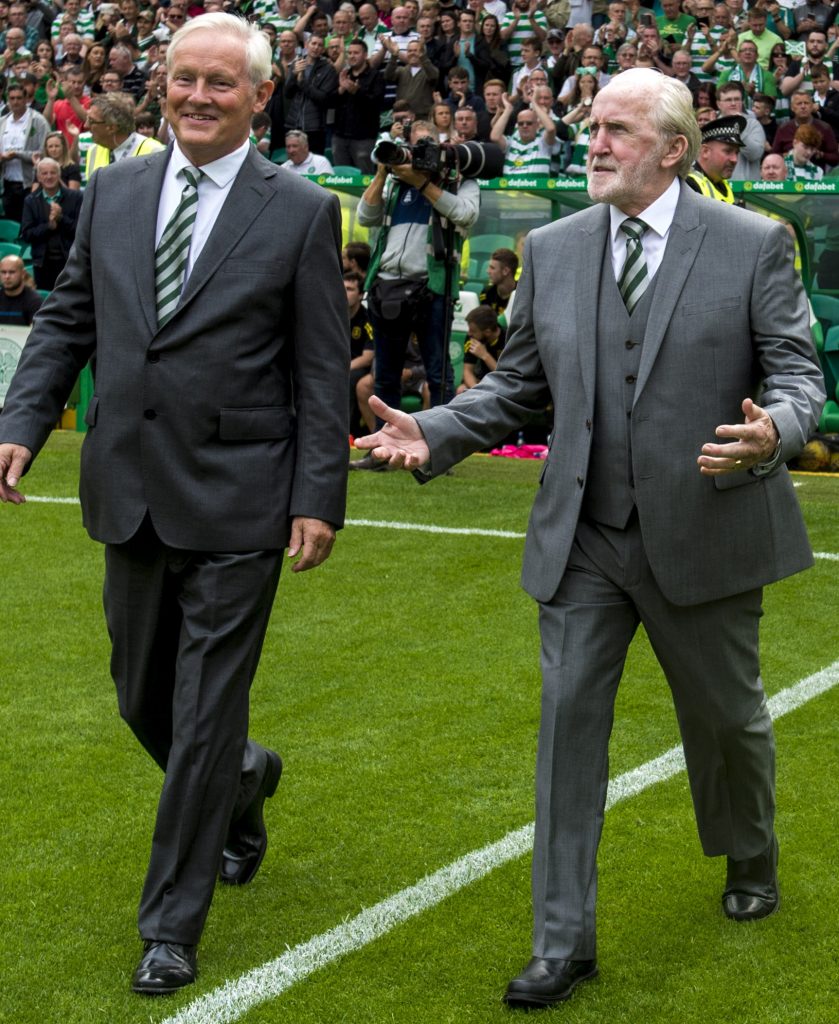 NO FLAGGING…Danny does the honours as the Celtic players look on. 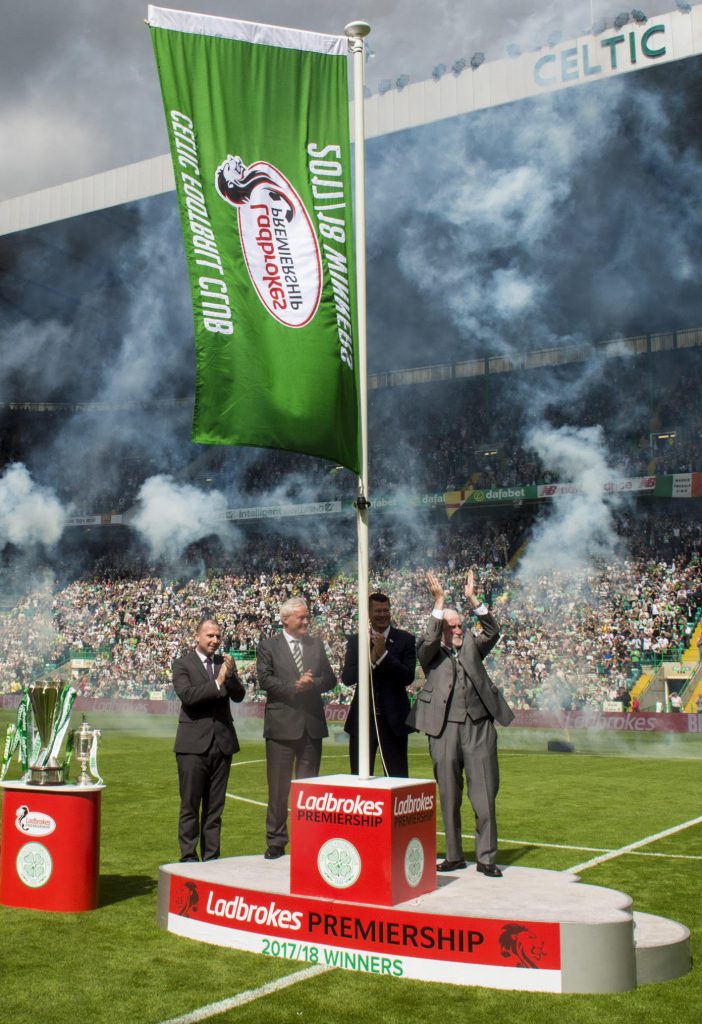 CHEERS…Danny applauds the fans as the flag is displayed. 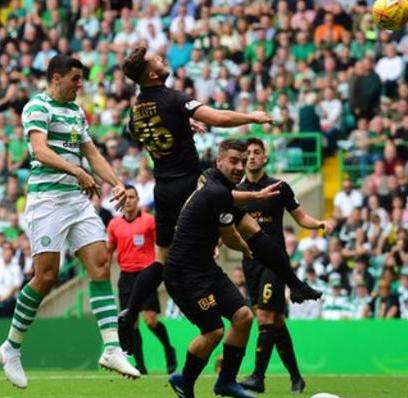 GOAL NUMBER ONE…Tom Rogic rises and shines as he heads the opener against Livingston, the first of many for the Celtic fans to cheer at Parkhead in the 2018/19 Premiership campaign.