Celtic Quick News on News Now
You are at:Home»Latest News»FLASHBACK: HOW BROONY ROLLED BACK THE YEARS
By CQN Magazine on 3rd November 2019 Latest News

SCOTT BROWN rolled back the years at Hampden last night – almost five to be exact.

The Celtic skipper walloped in a double as the champions overwhelmed Hibs 5-2 in a thrilling Betfred League Cup semi-final triumph at Hampden.

Brown added two second-half goals to the brace claimed by Mohamed Elyounoussi and the single from Callum McGregor in the opening 45 minutes to seal a fourth successive place in the competition’s Final at the national stadium on December 8.

Remarkably, it was the 34-year-old midfielder’s first double since a 4-1 league win over St Mirren at Parkhead on Saturday December 14 2014. Ronny Deila was manager at the time and the victory over the Paisley outfit moved the Hoops six points clear at the top of the table on their way to a fourth consecutive championship success.

Brown was in a rush that particular afternoon as he scored his first goal in the fourth minute and added a second 14 minuts later. In between, James Forrest added the second and Anthony Stokes completed the scoring in the 67th minute. The visitors’ consolation effort was grabbed by Sean Kelly.

CQN‘S ace lensmen were at Celtic Park back in December 2014 and they were at Hampden last night to capture the historic moments in Scott Brown’s extraordinary career as the team’s onfield leader. 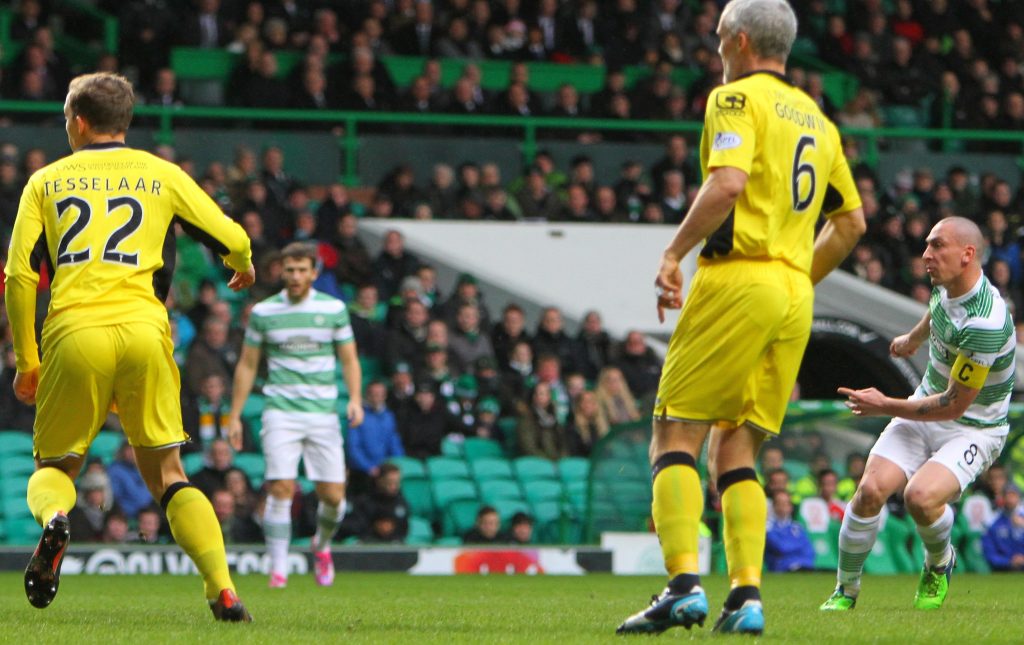 WALLOP…Scott Brown fires in the first of his double against St Mirren in December 2014. The Paisley defender getting a good view is Jim Goodwin, the club’s current manager. 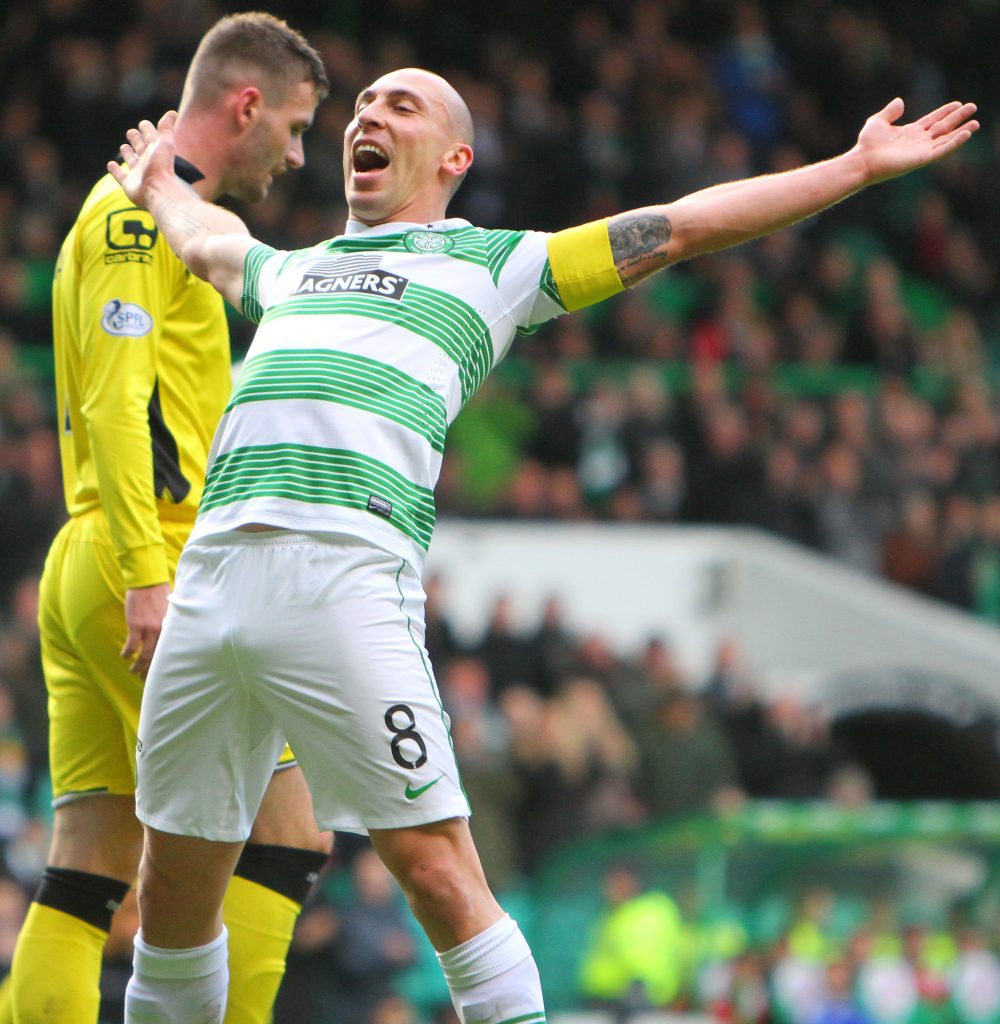 HOOP HOOP HOORAY…Scott Brown celebrates his strike with the fans.

THAT’S MY BHOY…Scott Brown is congratulated by Virgil Van Dijk. 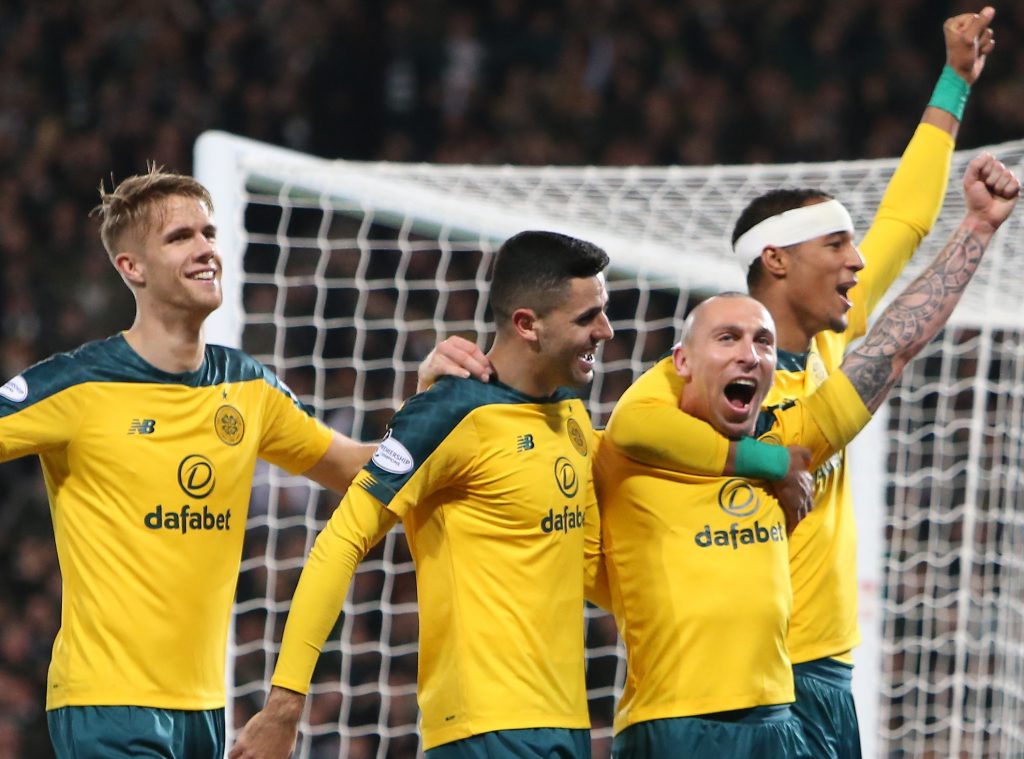 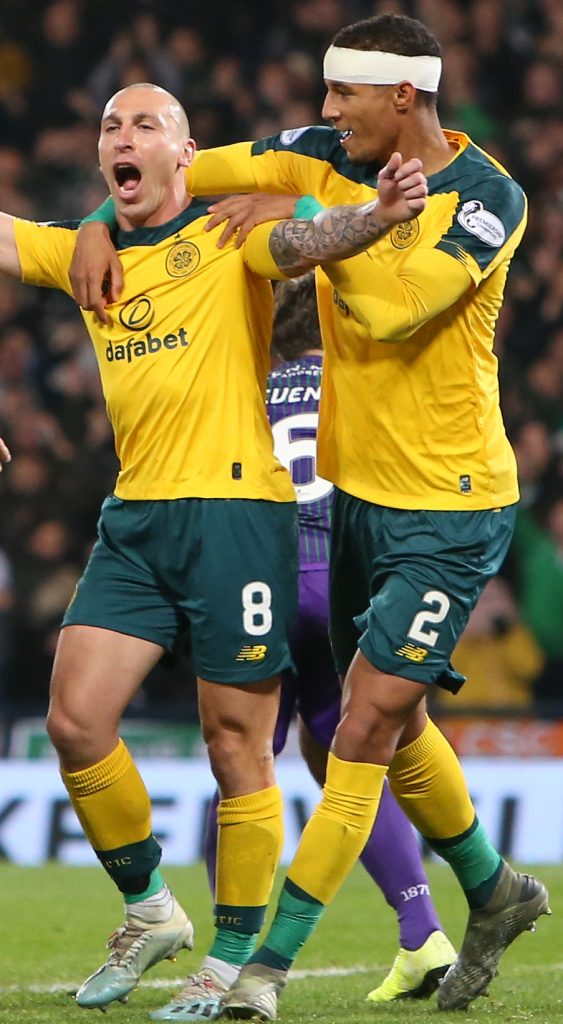