Celtic Quick News on News Now
You are at:Home»Latest News»FORMER CELTIC No.1 IN FIRING LINE
By CQN Magazine on 8th September 2019 Latest News

The 34-year-old shotstopper was his country’s outstanding performer at Hampden on Friday night, but he couldn’t prevent Russia from coming from behind to win 2-1 to take all three points.

Marshall, who left the Hoops for Norwich City in 2007 after losing his first team place to Artur Boruc and had stints at Cardiff and Hull City before joining Wigan in July this year, will now face the Belgium firing squad at the national stadium tomorrow night in the quickfire double header. 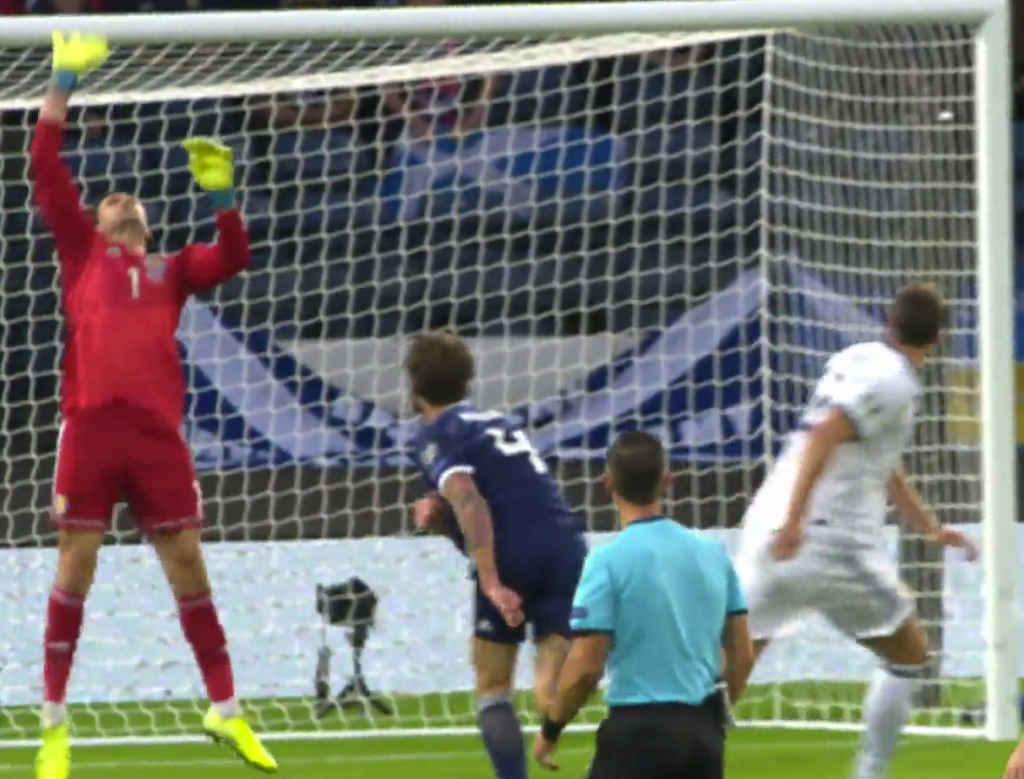 TOUCH AND GO…David Marshall tips a header from Russia’s Etam Dzyuba over the bar.

The last time Roberto Martinez’s men played in Glasgow was in September last year and they rammed four into Craig Gordon’s net. They also stuck three behind Marshall in Brussels in June.

Now the Glaswegian hopes to turn the tables on the side acknowledged as the best in the world and who eased to a 4-0 triumph over San Marino at the same time Steve Clarke’s team toiled against the Russians, despite getting off to a flyer with a 10th-minute goal from John McGinn.

After just two wins in five fixtures, the Scots are in fourth place in Group I with six points while Russia are second with 12 points, three behind leaders Belgium.

Asked about the chances of qualifying from the section, Marshall, speaking to Sky Sports News, replied: “They’re slim.

GOING DOWN…David Marshall is about to be beaten by Etam Dzyuba’s low drive for the equaliser.

“We know that, we are realistic about it. There is half the campaign gone and we have to go and win on Monday night, we know that.

“It is a massive ask at this stage. We need to get our heads right. There are still five games to go in the group.

“We know how slim it is, but we need to go and win a big game.

“We obviously know Belgium really well. We will have a game plan which may change because it has turned into a game we need to go and win now. I am sure we will be ready.

“Football changes very quickly. We were in the ascendancy against Russia and came off it.

“We know what the crowd is like at Hampden if we get going and, if we can get a start on Monday like we did against Russia, hopefully we can maintain it. But we are under no illusions.” 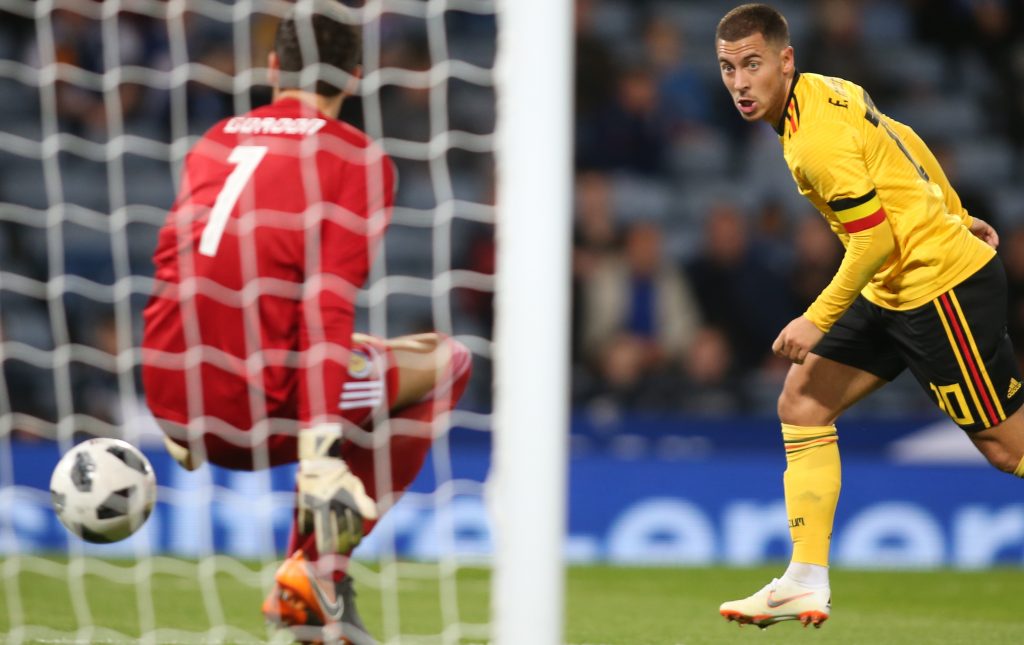 SO CLOSE…Craig Gordon blocks a close-range effort from Eden Hazard at Hampden a year ago.

Marshall added: “It was a big game and we needed the points.

“It was such a disappointing result. Our game plan was to get after them and it worked really well.

“It was a perfect start for us, but the game just seemed to change. They got a lot of possession and the goal before half-time was important for them.”

The Nations League semi-final play-off in March offers Scotland another way into Euro 2020, but a defeat from the Belgians will obliterate any slim hopes Clarke and his players have of getting a place in the top two in the group.