FORMER Celtic star Shaun Maloney has been sacked as manager by Hibs – after only FOUR months in the job.

The 39-year-old coach was sensationally axed along with ex-Scotland and Hoops team-mate Gary Caldwell just three days after the Easter Road club lost 2-1 to city rivals Hearts in the Scottish Cup semi-final.

Maloney took over from Jack Ross who was also dismissed from the post in December a week before the Edinburgh club were due to face Ange Postecoglou’s men in the Premier Sports League Cup Final. 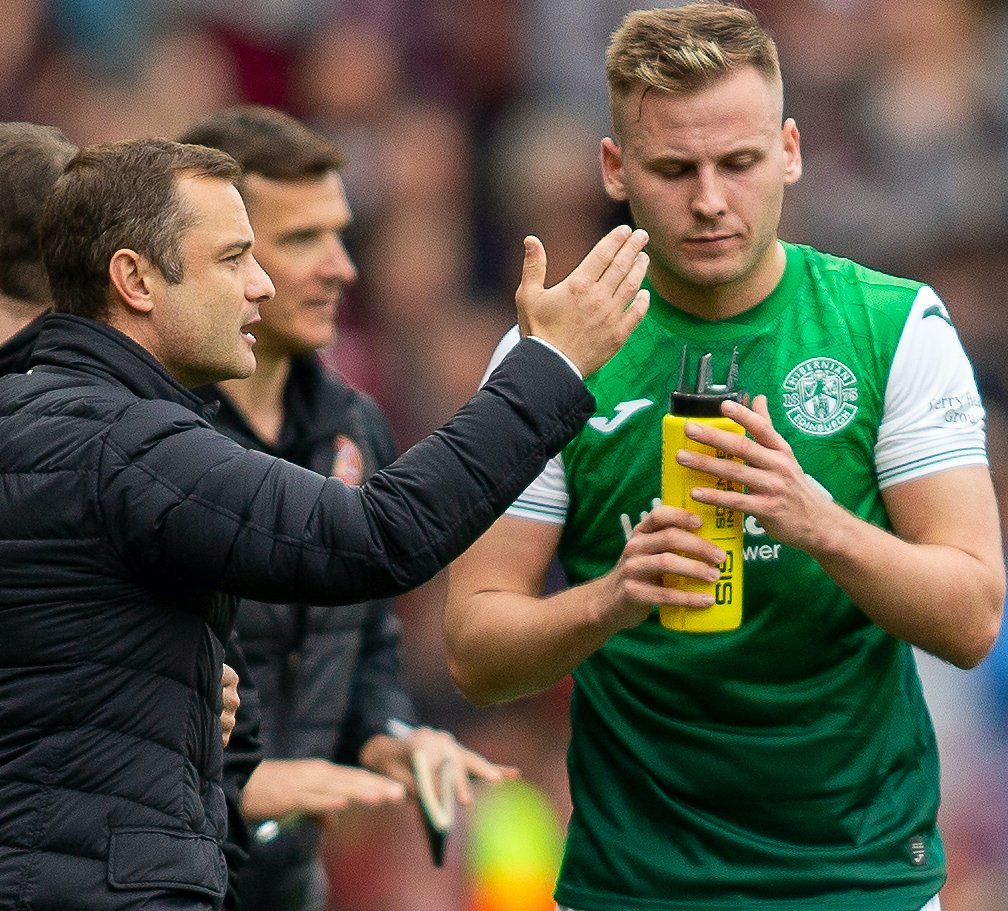 HEADING FOR THE EXIT…Shaun Maloney issues instructions as Hibs toil against Hearts at Hampden.

Former club captain David Gray took charge of the team at Hampden as they lost 2-1 with the Hoops coming back from a goal down to secure the silverware with a memorable double from Kyogo Furuhashi.

Maloney moved into the dug-out a couple of days later, but the former assistant to Belgium manager Roberto Martinez failed to achieve a top-six finish in the Premiership before the split.

In a Hibs statement, executive chairman Ronald Gordon said: “Our hope in appointing Shaun Maloney as a young, highly regarded coach was that he would help us take the club forward, but ultimately that has not been the case.

“We thank Shaun and his coaching staff for all their hard work and efforts and wish them all the best for the future.”

Gray will again step in as caretaker boss until the end of the season with Eddie May and Jon Busch as part of his backroom team.